This week we’re bringing you the 4th ‘Nerds mock of the season. Brace yourself: there are surprises. 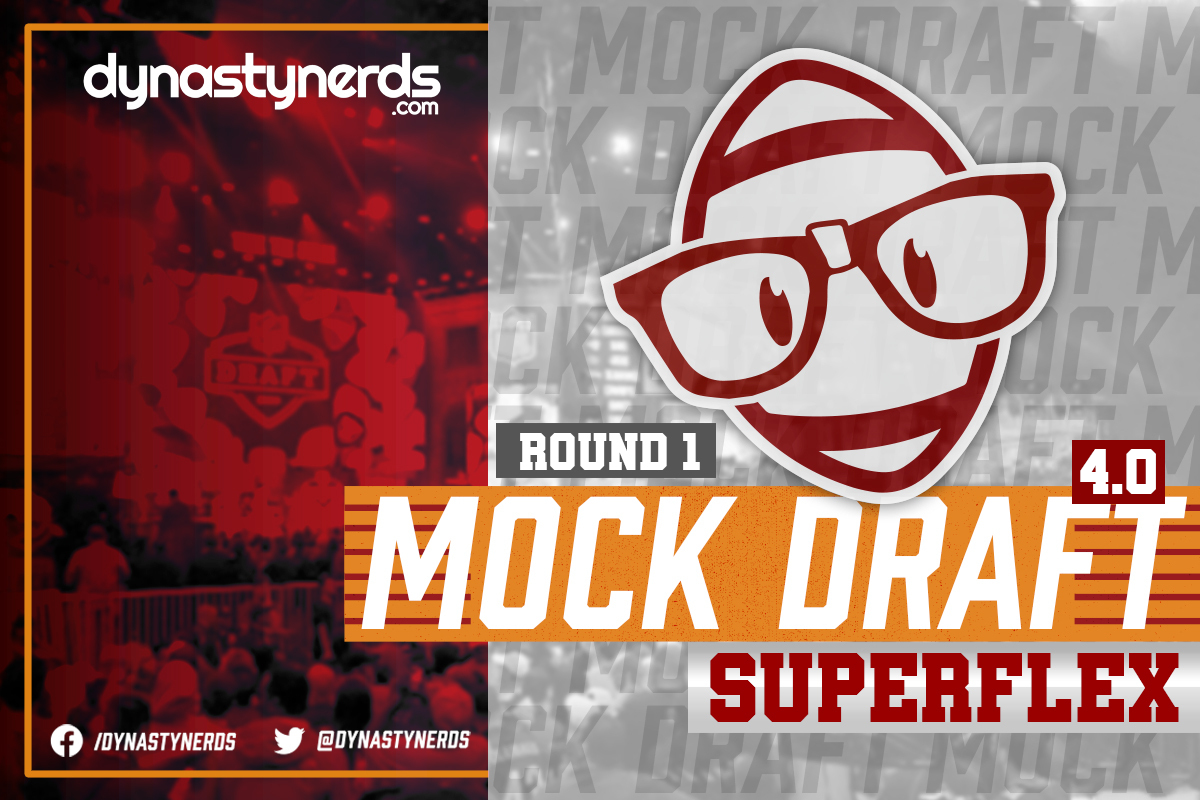 This is genuinely a hard decision for me. Justin Fields was better than Lawrence in 2020 in nearly every statistical category, from deep passing to completion % when blitzed; still, I can’t look past the fact that Trevor Lawrence was playing at an NFL level as an 18-year-old true freshman in the ACC. He’s an incredible prospect; I’ll be stoked to get either player on my dynasty squad.

This may a bit of a polarizing pick, but I feel that Lance has more upside than Fields does. Don’t get me wrong- I like both quarterbacks. Lance presents a better opportunity to be one of the very best fantasy quarterbacks.

Anticpated my guy Lance whom I think has the higher ceiling being here. Yet even with him off the board Fields is nothing to sluff at. A strong arm, mobility, running a pro-style offense, and the ability to work through mutiple progressions have all been demonstrated at an advanced level in college. These should only help ease his transition to the NFL. Fields completion % overall is beautiful and his deep passing % is towards the top in the nation. Play style reminds me a lot of Donovan McNabb. I will happily take Fields, whom is likely to be a day 1 starter, at 1.03 in SF.

Zach Wilson will be one of four QBs taken in the first 10 picks of the upcoming NFL draft. Any team with that type of capital invested plans on that player being a part of their future. While it is always a risk taking a QB, Wilson showed his skill set this season. Minus the arm strength, he provides every skill needed for the modern NFL game.

With all four of my top quarterbacks off the board, my choice here is clear. There will be plenty of great wide receiver prospects, a few second-tier quarterbacks, and likely even some high-end tight end prospects available when I pick again in the second round. Therefore, I will pull from the position of relative scarcity in the 2021 class. I will happily take Harris here, my top running back in the 2021 class. He has the size, speed, and power of a NFL running back, and his ability to catch the ball will only add to his fantasy scoring. Match this man up with high draft capital and an elite landing spot, and you have dynasty fantasy football gold.

I was torn on this pick. I usually go with a QB at this point of the draft. However, with the top four QB’s off the board I decided to go with my personal favorite RB. Travis Etienne and DeVonta Smith were strong considerations at this point as well. Williams has the size and skill set I look for in RBs. Mack Brown has done an excellent job of producing NFL RBs in the past so I will go with his most recent pupil.

I think this was the easiest pick I’ve ever made, I am thrilled to be able to draft the top WR on my board with the 7th pick. I expect that some people would go Devonta Smith here, but Chase is still my WR1. There really isn’t anything about Chase that I don’t like.

It feels crazy to think that a heisman trophy winning WR might be avaiable with the 8th pick in a rookie draft, but here we are. His production this year was incredible and the film backs it up as he showcased his quickness, body control and route running ability on a weekly basis. However the analytics crowd will be quick to point out his BMI, which is one of the lowest in this class, and a later breakout age of 20.8. He’s a unicorn when it comes to his size and how he plays, which may scare some people away, but pick 8 is way to good of a value to pass up here.

Due to how the board ended up shaking out and the general prospect fatigue surrounding Etienne’s profile, I was able to grab my top-ranked running back in the class. Not often can you land the ACC all-time leader in rushing yards, rushing touchdowns, and total touchdowns towards the end of the first round. Besides some lapses in his vision from time to time, Etienne possesses very few flaws and should be one of the top running backs off the board in 2021.

Pitts has been mentioned as a potential top-five pick for a good reason. He’s the definition of a matchup nightmare and could be a transcendent NFL player if he lands with the right team.

Rondale Moore has one of the best WR profiles under 200lb in a very long time. Despite Smith’s Heisman and Chase’s dominance, Moore’s name is still in the converstation for the WR1 in this draft class. His freshman breakout season was as good as we’ve ever seen.

Mac Jones had a great 2020 season at Alabama, showing tremendous improvement over 2019 and becoming a Heisman finalist. He is not in the same tier as Fields, Lance and Wilson for me (let alone Lawrence), but at 1.12 in a SF league, I couldn’t pass him up. I was tempted by Bateman here but this WR class is so deep, I can still come away with a good receiver in the 2nd if I need one.

Player on the move

Look for the 1QB mock to drop tomorrow and for the 2nd round midweek.

The ‘Nerds devy team will continue to do these every month leading up to draft season. Continue to check back for all of our devy and NFL draft content as we push closer to the NFL draft.