Which backs will help you take home the trophy?
@ekballer has the answers 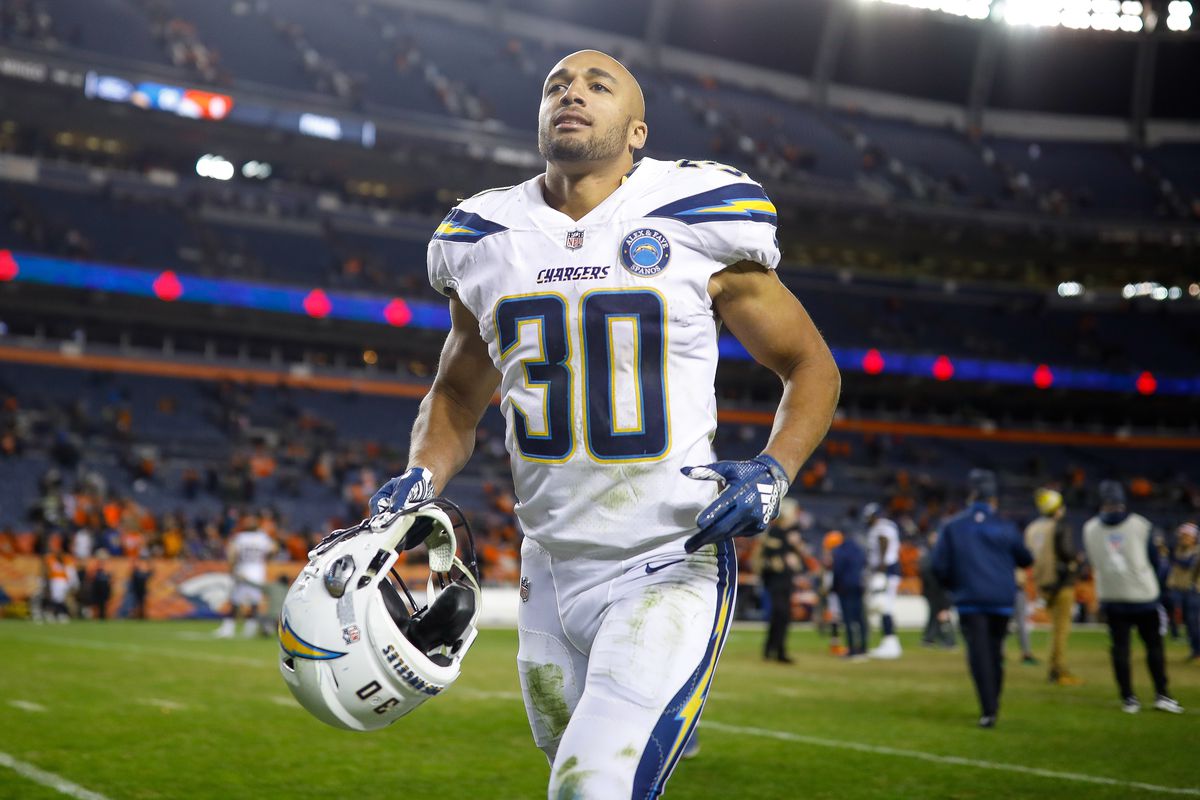 Saquon finally did last week what we’ve been waiting for for a month and a half: put up the dominant performance you expect from a top 5 player at the position. Hopefully, it wasn’t too little too late for your fantasy team.

Was it a sign that the young Giant is finally healthy, or merely a symptom of playing a bottom-feeder defense? Likely, it was a bit if both.

Barkley gets another perfect set up this week against a Redskin squad allowing the six most fantasy points to opposing backs. His value may be somewhat depressed by the return of dump-off-allergic Daniel Jones, but he’s still a locked and loaded RB1.

Mack is coming off a terrible performance but is headed for a bounce-back this week. Indianapolis hosts Carolina, and the Panthers defense is the worst in the business, allowing a whopping 31 DK points a week to RBs.

Carolina is also starting rookie Will Grier.  Grier was soundly outplayed by Kyle Allen in the preseason and generally looked bad playing against third stringers and practice squad hopefuls.  There’s a possibility that he’s made great strides but the odds are in favor of him playing poorly.

This should allow Frank Reich to do what his team is built to do: play defense and run the ball thirty times. Mack should benefit, likely ending the week as a high end RB2

Joe Mixon has been doing elite things. He started the season poorly but turned a corner in week 10 with a 151 performance against a good Ravens defense. Since, he’s been en fuego, averaging over 120 yards and 17.6 points PPR.

It might have been too little too late to save your season, but, if you survived into the playoffs, you have a top-tier RB.

For your championship week, Mixon gets the same MIA defense that Saquon just took for 30.6 PPR points last week. There’s no reason Mixon can’t have a similar finish, and his floor is a high-end RB1. Ride him to the ‘ship!

We’ve had Free in this column a few times this year when he’s gotten plus matchups, despite a generally dismal year. He’ll be playable for you one last time if you need, as Atlanta’s week 16 opponent is the dismal Jacksonville Jaguars.

Second at sucking to only the Panthers, the Jags are allowing 30.4 DK points to opposing backs.

Freeman’s not likely to be a top finisher but, if you’re missing Jacobs or Cook, he’s a decent fill-in that won’t lose you the week. Expect him to finish as a solid RB2.

Many drafted Lindsay expecting a repeat of his RB13 finish from 2018. He’s let you down, victim to a timeshare, a struggling offense, and some natural regression from his efficient rookie year.

He’s hurt you- but, this week, he won’t let you down. Detroit started the season as an average defense but has plummeted to the third-worst unit vs. the run, giving up 29.1 DK points a week.

Lindsay will split that bounty with backfield mate Royce, but he should still yield enough production to slot him in as an RB2 with upside for your super bowl week.

I haven’t written about Ekeler in some time.  There was little rhyme or reason to Gordon v. Ekeler for the middle part of the season.

But, since, week 10, the answer’s been clear: Ekeler has averaged 19 PPR points over his past five games to Gordon’s 14. So Gordon’s been fine, but Ekeler’s been great, sitting as the overall RB3 on the season. His ascension into RB1 status is undeniable.

The Raiders are a neutral matchup for week 16, but, if I have noodle-armed Rivers’ favorite target, I’m not benching him in my championship. Ekeler’s averaging over 7 targets and 120 yards a week. That makes for an unimpeachable floor and an unstoppable ceiling to carry you all the way home.

There’s surely a lot of teams this year that were propelled into the finals by Carson’s career high 133 yard, 2TD effort in the semis.

A repeat for week 16 is within the range of outcomes.  Arizona isn’t quite the wet paper bag that Carolina is but they’re not far off, allowing the 8th most rushing yardage and the 5th most receiving yardage to RBs.

SEA is still vying for the 1st seed & home field advantage, whereas ARI is looking ahead to 2020. Carroll / Shootenheimer will do what they do and call a run-heavy game punctuated with deep strikes and play action.

I called Drake a start last week- I love attacking the Browns’ run d- but I didn’t see his 4TD outburst coming.  In all likelihood, that will be the best game of his career, but he’s demonstrated an enormous ceiling as the lead back in Kingsbury’s offense.

His week 16 opponent SEA has given to the 4th-most receiving yards to backs. Even better, they’ve given up the second-most ground scores this year.

Drake’s no top-five lock, but he has shown he has the capacity to end up with that type of line. His passing-game volume and market share give him a solid RB2 floor and the upside for much more.

Monty might have talent, but he’s yet to show any consistency in Nagy’s offense. In five of his last six games he’s totaled 6.6 PPR points or fewer.

I’m not putting that in my lineup.

Don’t be fooled by the appearance of a good matchup.  KC has tightened up their run D, giving up less than 70 yards to the Patriots backs and 59 to the Broncos.

It’s unlikely the Bears can keep up with KC. Monty’s lack of pass-game usage makes him still less attractive in a game that will likely see Mitch slinging it in catch-up mode.

Gurley has been more himself lately. His yardage totals have been up (except for last week) & he’s been finding the end zone frequently.

I can’t trust him this week in SF. Goff has been crumbling under pressure and the Niners have a potent pass rush. Goff’s struggles aside, SF is rough on runners, allowing the third-fewest points to the position. If Gurley makes an impact it will be in the passing game, but his usage there has been inconsistent.

I’m not sure which version of the Rams show up this week, and I’m not sure I want my championship hopes riding on that coin flip. Fade him if you can.