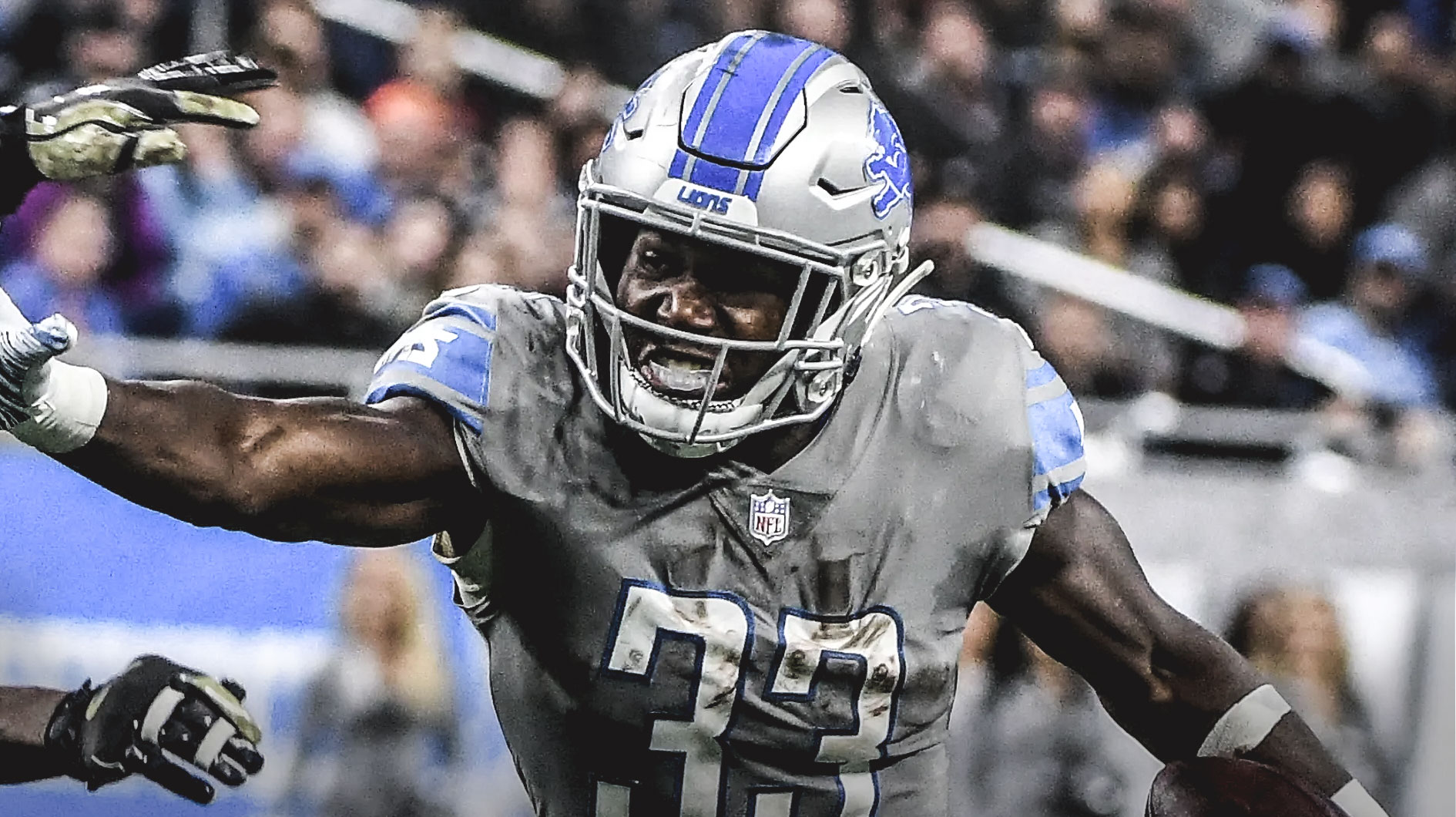 If you invested a 3rd or 4th round pick in Kerryon this season you were hoping for better than the tepid 8 PPR points he produced for you in week 1.

Never fear. Better are days are coming for Kerryon.

Yes, he let you down in what was supposed to be a cake matchup. Yes, he’s still sharing work with C.J. Anderson, but if you didn’t see that coming, you ignored every inclination Matt Patricia has ever shown.

But some facts remain. First, Kerryon is very good. Though he wasn’t efficient last week, in 2018 he averaged 5.7 yards per touch, a top-3 number amongst all backs.

Second, he got enough work. If Kerryon just produced at his career average rate he would have had a 100-yard game and a couple of catches, and you’d feel differently about the week.

For week two the Lions get the Chargers, who seem as vulnerable on the ground this year as they have been in recent seasons (7th worst yards per attempt allowed last year).

Kerryon will have a rebound in week 2. Start him with confidence.

Even worse, he was out-snapped and outproduced by Rex Burkhead, who’d been written off by many as a cut candidate.

The sad truth is that if you drafted Sony to be your RB1, you are going to have some very disappointing weeks this fall. Burkhead and 3rd down specialist James White are still around and both are still good at football.

The good news is that week 2 sees Michel in a matchup against the Miami Dolphins, who are in full-on tank mode. This should be the cure for what ails him.

Miami’s ragtag offense can’t stay on the field, and their freshly gutted defense lacks both leaders and playmakers. Their front seven is largely without starting-caliber players, and, outside of Reshad Jones and Minkah Fitzpatrick, their secondary is as well.

In week 1 the Patriots offensive line didn’t show the same dominant play they displayed in 2018, but, at least for this one game, it shouldn’t matter. The Dolphins have already quit on the season, and expect Michel to run all over the light fronts he’ll see as the defense seeks to contain Antonio Brown, Josh Gordon, and Julian Edelman.

There’s a lot of fantasy managers out there trying to replace Derrius Guice or Tevin Coleman, and some of us might be going to the waiver wire or trying to trade to find a replacement.

You’ll have a few decent options including Rex Burkhead and Raheem Mostert. You might be tempted to make a move at Adrian Pederson, but instead of tapping AP, consider his backfield mate Chris Thompson.

Thompson is a good back, and he’s a great PPR asset. In 2017, he was the rb28 on the season in just eleven games, averaging over 15 points a game.

The ‘Skins have no Derrius Guice, few proven playmakers on offense, and a defense that gave 32 points last week. They will spend a lot of time in catch-up mode, and this will help Thompson’s target level hold steady. Thompson is a reliable starter but lacks the TD upside of the top-tier backs.

Expect him to repeat his RB2 performance, and to continue in that range as long as he stays healthy.

This is not a criticism of Aaron Jones the player; he’s a talented back. In 2018 he was the most efficient rusher in the league, posting the highest y/a of any rusher with more than 100 attempts, and he posted the 13th best breakaway run rate.

This is not even particularly criticism of his usage, though we would like to see him get the ball more. But, similarly to Johnson above, we knew this was going to be a timeshare. At least Jones is on the right side of this timeshare, out-carrying backfield mate Jamaal Williams 13-5 in week one and out-rushing him by 3 yards per tote. The 14 touches he received wasn’t ideal, but it’s consistent with his average touches per game from 2018 (13.25).

The problem for Jones in week two is going to be the same issue he had in week one: his matchup is brutal. Chicago’s d-line manhandled Green Bay last week, allowing Jones only 3 y/a. Now he gets the Minnesota Vikings, whose rejuvenated defense just held Devonta Freeman to only 19 yards on 8 carries and holding Atlanta’s vaunted offense to just 12 points.

Look for things to get better for Jones soon, but this week isn’t his week.

Much as with Aaron Jones, Phillip Lindsay is a talented back in a timeshare. Unlike Jones, he was outplayed by teammate Royce Freeman this past week, as Freeman posted more yardage on fewer carries, posting 5.6 y/a to Lindsay’s 3.9. This would be less concerning if it was not for the additional context; Freeman was a third-round pick, intended to be the team’s workhorse, while Lindsay was a UDFA dart throw.

Lindsay is too talented to discard, so don’t overreact. He lived last year on big plays, using his elite burst and vision to post a top-15 breakaway rate and a top-12 positional finish.

But, also similarly to Jones, this is not going to be his week. The Broncos were soundly handled by an Oakland team projected to win 6 games this year; now they get a Bears team that looks as though it’s league-leading 2018 defense is back in full effect, despite turnover at key positions. This is unlikely to go well for the Broncos offense.

Take a pass on Lindsay. He’ll finish outside the top 24 this week.

You might sense a pattern here: this week, I’m fading big-name running backs in bad matchups.

Freeman had a bad week 1. That’s not why he’s a sit for me, though I might feel better about him if he’d performed against the Vikings.

Freeman is a sit because he’s drawing the Philadelphia Eagles in week 2. The Eagles were one of the truest funnel defenses last year; smart teams avoided their fierce front five and attacked them in the secondary. Last week the Redskins did just that, gaining a paltry 18 yards on the ground while journeyman Case Keenum threw for 30-44/380/3 to aging vets and rookies.

What might save Freeman is his work in the passing game. Even in a poor performance last week he still drew four targets. Still, with the Eagles offense coming alive last week, spearheaded by Desean Jackson’s 8/154/2 receiving line, this feels like a game where the Falcons are going to rely on Julio Jones and Calvin Ridley.

While I’m sitting Freeman for more favorable options in redraft, don’t bench him for a stiff. You’re not sitting Freeman to start Frank Gore. But, if you have other good options in the RB2 range, it makes sense to take a pass on him here.