Looking to make some offseason moves? Here are 8 players you should be BUYING this offseason. 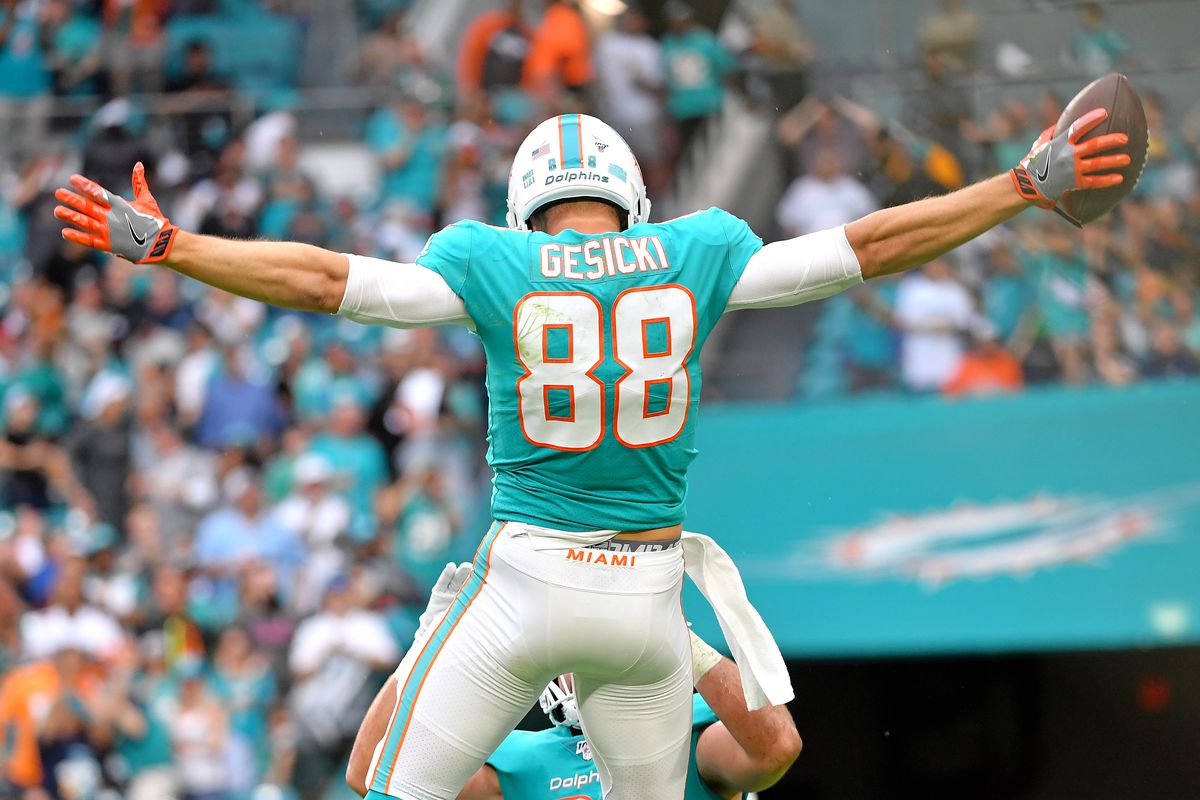 This article is written for a 1QB 12-team ppr league.

With a brand new head coach and a brand new QB, you would expect the offense to struggle a little bit (and they certainly did). But that didn’t stop Kyler from quietly finishing as QB8 on the season. He only really had 3 “great” games above 25 points, but consistently put out low QB1/high QB2 numbers. Even though he didn’t “wow” anyone with his legs the way that Lamar did in 2019, he still amassed over 500 rushing yards and added another 4 TD’s on the ground. He threw 542 times with a completion percentage of 64.4% for 3,722/20/12 while adding another 544 yards on 93 carries. He has a healthy Christian Kirk, a returning Larry Fitzgerald, a (hopefully) healthy Hakeem Butler, and a high-draft capital speedster Andy Isabella. I expect Kyler’s numbers to improve exponentially in his second year in Arizona, especially if the Cardinals are able to keep Kenyan Drake in the offseason.

I’m probably going to be persecuted for saying this but buy Jared Goff. Most owners are likely burned by him and would be willing to move on from him (I know I was after week 12). But he is still linked to one of the brightest minds in football, Sean McVay. Throughout the year, Goff had to deal with a load of injuries to his line and his deep threat Brandin Cooks. PFF rated the Rams OL as the 31st best of 2019, which is a large reason why we saw such a drop off from 2018 to 2019. Goff relies on a clean pocket more than I’d like to admit, but there is a ton of improvements that should be made to the OL which will help him significantly. Even in his disappointing 2019 season, he finished as QB13, just barely outside of being a QB1. Goff threw 626 times with a completion rate of 62.9% for 4,638/22/16 while adding another 2 TD’s on the ground. If the Rams address their OL and get a healthy Brandin Cooks, Robert Woods, Cooper Kupp, Todd Gurley, and Tyler Higbee, then the 2020 Rams could look a little more like they did in 2018.

He’s an animal. And he’s only going to get better. Even with the addition of Kareem Hunt in the backfield, Chubb still saw a hefty workload. But he finished the season on a low note, making some Chubb owners start to panic. Take the opportunity before the Browns show what they’re going to do with Hunt to buy Chubb at a discount. He finished with almost 300 carries for 1494 yards (5.01 YPC) and 8 TD’s, not to mention he saw 49 targets — 20 more than he saw in 2018. We saw what Stefanski did in Minnesota. He ran the ball. A lot. The Browns also brought in Bill Callahan as their new Offensive Line coach, which is another positive mark for Chubb. Callahan took over as Interim HC for the Redskins in 2019 after an abysmal 0-5 start led to Jay Gruden being canned. From that time on, he handed the rock to Adrian Peterson and let him go to work. Even with the looming presence of Kareem Hunt, I am a strong believer in Nick Chubb being a top-5 RB in 2020.

I’ve been a pretty volatile member of both the Montgomery Hype Train and the Monty Morgue. There are some yellow flags that are cause for some concern, but there are also some pretty foundational things for Montgomery’s game that gives me hope. I’ll start with the yellow flags: according to fantasydata.com, David Montgomery faced a stacked box (8 or more defenders) on 14.5% of his carries. That’s good for the 38th best percentage of stacked boxes. For comparison, Derrick Henry was 15th facing a stacked box on 22.4% of his carries. Montgomery faced a light box (6 or fewer defenders in the box) on 51.7% of his attempts, good for the 18th best percentage of light boxes. When a runner is facing a “light” box on over half of his attempts, you want him to average more than only 3.7 YPC. Now, this is only a “yellow” flag because I believe that when/if Montgomery becomes more involved in the passing game, the stacked boxes will become less common and the light boxes will become more common, giving him more room to wiggle like he does so well. And now for the good news: David Montgomery toted the rock a total of 242 times in his rookie season, tying Josh Jacobs for the highest amount of carries for a rookie RB in 2019. This is a huge marker for me that there is a good chance that there is a brighter future for Montgomery owners. After all, volume is king. Not to mention that the Bears had the PFF 25th ranked OL in 2019. David Montgomery is a good, but risky buy for me. Here’s why: the Bears have a lot of team needs, mainly an offensive guard, tight end, and then several pieces on the defensive side of the ball. They’ve shown that they want to give Montgomery the rock, they just have to get an OL who gives him room to work. The risky part is that his unimpressive 3.7 YPC might not be the fault of the poor OL, it might just be him. We knew he wasn’t a freak athlete, maybe he just doesn’t have the speed he needs to make NFL-caliber linebackers miss (assuming he eventually finds his way to the second level). For his current value, I’m buying him. But there is a good chance that he never breaks past a mid-RB2.

Curtis Samuel received a massive amount of offseason hype last year. And thanks to a Cam injury and Ron Rivera giving 142 targets to McCaffrey, he didn’t get to live up to that hype in 2019. But a lot has happened this offseason already that should help Samuel become the bonafide stud that he can be. The Panthers brought in Matt Rhule, who turned the Baylor Bears from a 1-11 team in 2017 to an 11-1 powerhouse in 2019. There’s work to be done in the Panther’s organization, but Rhule is the man who can get it done. He started his tenure by bringing in QB whisperer Joe Brady who turned LSU QB Joe Burrow into a Heisman winner. It’s still too early to tell, but there have been rumors of Rhule wanting to move on from Cam Newton and find a younger QB for Brady to work with as they rebuild the franchise. If that happens, expect Samuel and Moore’s value to skyrocket. Rhule excelled in Baylor’s wide style of play, running 10 personnel or 11 personnel 85-90% of offensive snaps. This means that Curtis will be in the field for a large majority of the game. We saw his potential in training camp and with abysmal QB performances this past year. I am stoked to see what he does in 2020 and beyond.

Diontae Johnson ended the season as the WR41 while competing with James Washington for the spot opposite Juju on the league’s worst offense. As the season wore on, Johnson proved that he was capable of serious work, maybe even more so than Washington. 59 receptions on 92 targets is an impressive feat to accomplish as a rookie, especially on a team that had such bad QB performances throughout the year. With pass-happy Big Ben returning to the field, there should be a lot more targets to go around. He’s shown that he will spread the ball around by supporting AB and Juju to 168 and 166 targets in 2018. Now, I don’t think Johnson will necessarily see 160 targets in 2020, but I have a realistic assumption that he should see over 105 so long as Big Ben can stay on the field. So if you can capitalize on his low value now, there is a good chance he will produce for you in 2020.

The TE landscape is approaching a complete “changing of the guard” with the emergence of young talent like Mark Andrews and George Kittle eventually taking the place of some of the names that have been at the top for years. The days of Zach Ertz and Travis Kelce dominating the top positions are coming to a close. Somebody has to take their place. Mike Gesicki showed a lot of promise in 2019, bringing down 51 of 89 targets (57% catch rate) for 570 yards and 5 TDs. Gesicki was immensely better when Fitzpatrick was in the field. In the one game where Rosen played the whole game, Gesicki saw zero targets while playing 50% of snaps (week 4). At only 24 and only his second year in the league, he finished as a TE1. He is a 6’5 250 monster with a 4.54 40, 118.7-speed score, 137.1 burst score, and the highest catch radius of a TE to ever enter the league. His only knock is a relatively late breakout age of 20.9. But even that is in the 56th percentile of TEs. Fitzpatrick has been pretty public about the Dolphins saying they wanted him back for 2020, which is a very good thing for Gesicki. He’s not a very well-kept secret, so buy him while you still can.

This one may be a bit of a deeper dive, but I strongly believe in the talent of Irv Smith Jr. In his rookie campaign, he ended with 36 receptions on 47 targets (77% catch rate) for 311 yards and 2 touchdowns. Even though he’s behind Kyle Rudolph in the depth chart, Smith still averaged a 61.7% snap share across weeks 1-16 with a 4 games above the 70% mark, pretty good for a rookie TE that’s second on the depth chart. But even though the snap shares were in Kyle Rudolph’s favor, the targets and receptions between the two were almost even. Rudolph had 39 grabs on 48 targets. Now let’s look at some advanced metrics between the two of them:

Almost all of these numbers look eerily similar. The only negative mark for Irv based on these numbers is the amount of times he was targeted in the endzone. But that is more than likely just the difference in the size of the two tight ends. Rudolph is a towering 6’6 258 while Irv is only 6’2 242. The best comparison I can think of for these two players is the Eric Ebron/Jack Doyle relationship. Irv has the better speed and burst that you want to move your team between the 20’s, but Rudolph has the size you want in the corner of the endzone on a fade. Does Rudolph limit Irv’s ceiling due to work in the endzone? Yes. But Irv can be an OJ Howard lite when used in that move-the-ball role.