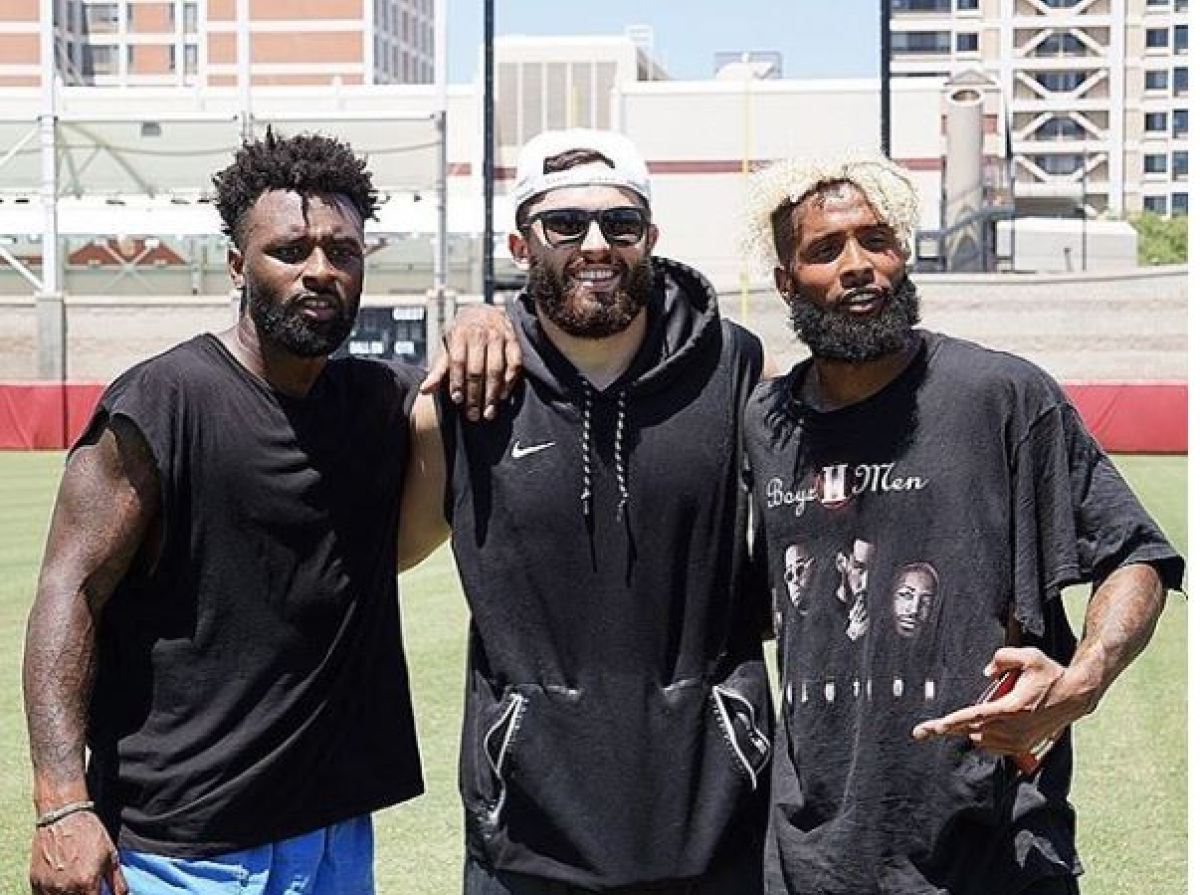 Odell Beckham Jr. is now a Cleveland Brown. To say that this news sent shockwaves through the entire league would be an understatement. As a Browns fan I am on cloud nine and I am not sure that I will sleep again between now and week 1 of the regular season.  However, my job in this context is to look at how trade this affects the Browns and Giants in the fantasy world.

OBJ – I have heard many people say that this catapults Odell into the number one spot for all wide receivers. I am not sure that I would quite say that, but I do think he is still a top five guy overall at the position. Obviously, Baker is an upgrade for him, but I do worry that he will spread that ball around a lot more than Eli ever did with the Giants.  On top of that, there will definitely be more mouths to feed in Cleveland then there were in New York.  I currently have him at WR3 overall in a dynasty formats.

Baker Mayfield – This guy has to be living it up right now! (Insert Baker dancing GIF here) This not only gives the quarterback a new toy but it’s arguably the best toy in Santa’s workshop. In dynasty formats I was already high on the kid, but now the only other quarterback on his level is Pat Mahomes, Andrew Luck and maybe Aaron Rodgers. However, I’ll take Baker number 2 overall in that grouping.

Cleveland Pass Catchers – As far as the rest of the pass catching options go, I believe that they will also stay relatively the same in value. Sure, guys like Landry, Njoku and Calloway will see less targets, but they will be more effective with those targets since all the attention will now be elsewhere. I do think this does cap their ceilings a tad though, so any chance of those players jumping into the next tier in 2019 is much more unlikely now.

Nick Chubb – Chubb is another player that is thankful for the addition of Odell. I know that he might get a fewer touches now but I can’t imagine he will see too many stacked boxes this coming season. Wherever you had him, move him up a spot or 2. He is my RB8 overall now.

Sterling Shepard and Evan Engram – Move both of these guys up in your ranks. They each moved up on the quarterbacks list (regardless if that’s Eli or some rookie) due to Odell’s departure. Although their effectiveness will inevitably decline, the volume will more than compensate.

Other New York Pass Catchers – I wouldn’t get overly excited about anyone else. I fully expect the Giants to draft some help at this position. Saquon Barkley – You have to feel for this guy. At this point, the entire offense will be run through him and he is going to get very little help. I expect defenses to completely key on him and put 8 men in the box on a regular basis. He is still an absolute stud and should continue to be the top dynasty running back. However, in for 2019, I might be tempted to put Zeke, CMC, and Kamara ahead of him.

On The Road Again: Keenum Traded To D.C.
Cleared For Takeoff: Le’Veon Bell Signs With Jets