Dynasty Rookie the Good and the Bad: Week 7 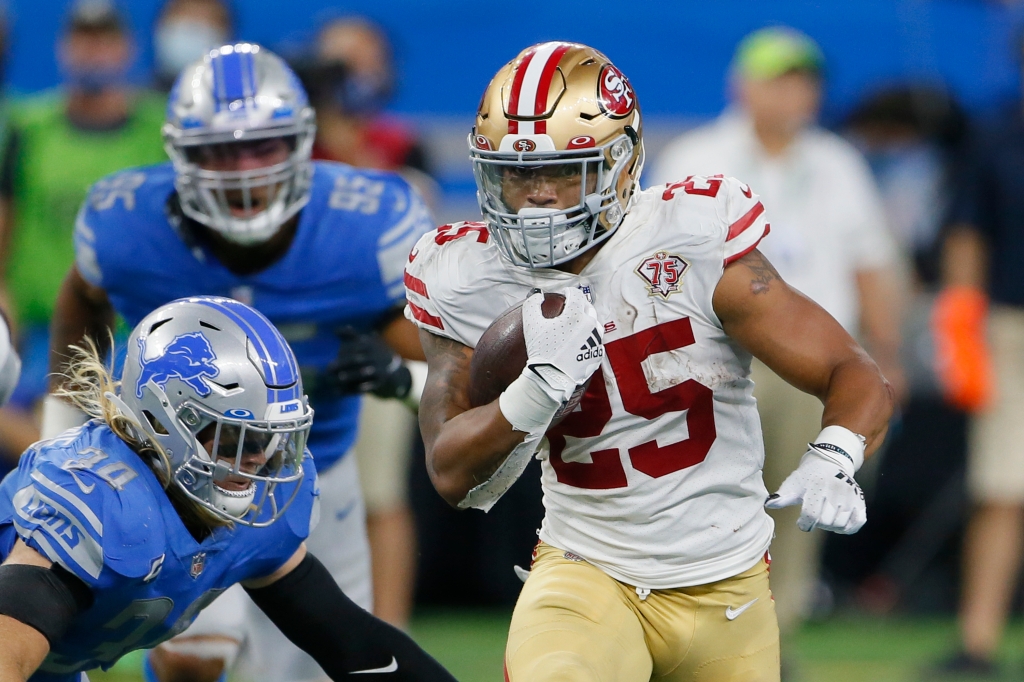 The Bye-pocalypse is now finally over. Dynasty managers should be able to breathe a little easier as we head into week 8 of the 2021 NFL season. It should be a little lighter this upcoming week as only two teams are on their bye weeks. The two teams are the: Baltimore Ravens and the Las Vegas Raiders. The bye-pocalypse brought a ton of highs and lows. Here are some of the 2021 rookies that shined bright and some rookies that fell low.

Ja’Marr Chase is showing us once again why preseason games do not matter and shouldn’t be taken into consideration when heading into the regular season. Chase exploded for 201 receiving yards on 8 receptions (10 targets). Chase also scored a Touchdown in this game. The Burrow to Chase LSU connection was in full force as both were able to pick apart the Baltimore Ravens on Sunday. Chase has racked up over 100 yards on 3 of the 7 weeks. He also scored touchdowns on 5 out of the 7 weeks. Chase is making a strong case to be the Dynasty WR1 over his former teammate Justin Jefferson and should be considered a strong WR1 against a weak Jets defense.

Herbert once again got the opportunities, and he shined against the Buccaneers. Everything that could possibly go wrong for the Bears did go wrong. Herbert was the lone bright spot for the team as he rushed for 100 yards on 18 carries and caught all 5 of his targets for 33 yards. Even with fellow RB Damien Williams active for this game, Herbert still took the majority of the snaps and workload. It’s hard to see what his workload will be when Damien Williams practices a whole week, but Herbert has earned an opportunity. Herbert should continue to be a reliable RB2 as long as he gets the workload.

Mitchell came back healthy in Week 7 against the Colts and took over the backfield. He rushed for 107 yards on 18 attempts and also scored a touchdown. Even with JaMychal Hasty back from IR and Trey Sermon active for this game, Mitchell dominated all the work on the ground. Though Hasty took most of the 3rd down snaps, Hasty was wildly unproductive with his opportunities. It seems that Mitchell has carved out a nice role for himself on this offense, and it doesn’t seem like it will change. Mitchell will have to climb over one more hurdle once Jeff Wilson returns from IR, but should be a nice flex to low-end RB2 play until then.

Continuing his strong performance against the Jaguars in Week 5, Pitts led all receivers in receptions and yards against the Dolphins. Pitts racked up 163 receiving yards on 7 receptions. Kyle Pitts is already making his case to be the #1 overall dynasty tight end. Though he only scored a touchdown in 1 out of the 6 weeks he has played, his target volume is unquestionable. Pitts has been fantastic for the Falcons, and he has locked up the WR2 role for the Falcons. Pitts should be set it and forget type of player and should have another nice match-up against the Carolina Panthers in Week 8.

The rookie year for Justin Fields has so far been a disaster. With the combination of poor play calling and scheme, Fields has not been able to put together any type of success. Fields threw for 184 yards with 3 interceptions and lost 2 fumbles. Even with the Bears able to get the run game going, the aerial attack was still the focus of concern. Without any significant change to the offense, the Bears’ offense should not be trusted. Fields could still improve this season, but the chances of him improving much should not be trusted. At this point in Fields should not be started in any formats until there is evidence otherwise.

The mystery of Trey Sermon continues as he didn’t see a snap in the Sunday game against the Colts. The 3rd round pick has now taken a back seat to Mitchell, Hasty, and Juszczyk. Sermon seemed promising in the preseason and training camp, but now he has been reduced to being last in the depth chart. With Jeff Wilson set to return from IR in the coming weeks, it seems more likely that Sermon may be the odd man out. Sermon is nothing more than a dynasty stash going forward in hopes of gaining an opportunity due to injuries or a trade. Until then, Sermon may have to wait a year or two to achieve any type of value.

Amon Ra St. Brown’s streak of consistent 8 targets ended on Sunday as Ram’s defense shut him out. It was a disappointing day as dynasty managers expected some level of involvement in the Lions’ defense. St. Brown wasn’t even targeted once throughout the entire contest, while his fellow WR Khalif Raymond was targeted 8 times. St. Brown will look to bounce back against an Eagles defense that has struggled to stop the Raiders passing attack.

The Carolina Panthers’ offense struggled on Sunday. Sam Darnold struggled to get the passing attack going, which ultimately limited what the Panthers could do on the ground. As a result, Hubbard struggled to get anything going in the rushing attack for the Panthers. Hubbard rushed for 28 yards on 16 carries while also adding 28 yards on 4 receptions. Hubbard had big shoes to fill as the backup for one of the game’s best running back in Christian McCaffrey. Unfortunately, Hubbard’s production went down along with the Panther’s offense. Despite the poor performance by the offense as of late, Hubbard should still be a solid RB2 option. As long as CMC is out, Hubbard should be a great option for dynasty managers looking to contend.