Dynasty Running Backs and the #TwoToThreeYearWindow 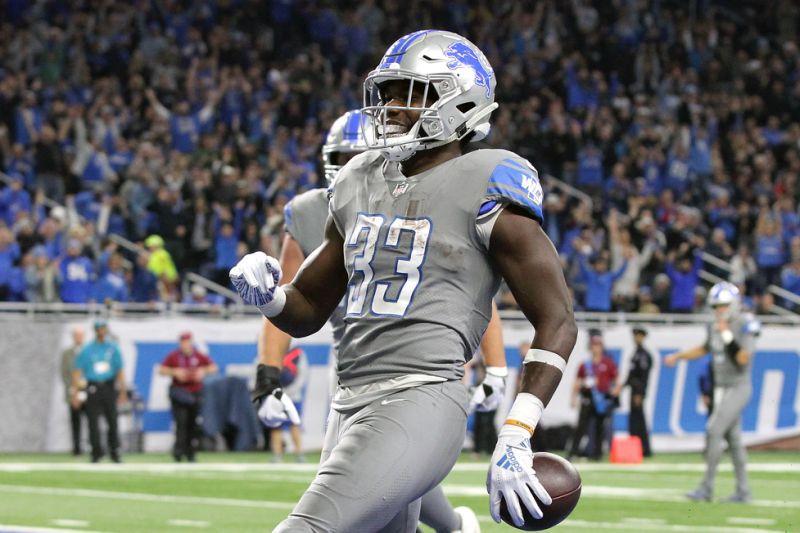 If you have been listening to the Dynasty Nerds podcast, and I know you have, you have heard Rich, Matt and Garret espouse the philosophy of the #TwoToThreeYearWindow when it comes to running back production. In the article, I will look at three running backs in different stages of the two-to-three-year window and what to do with those running backs. So let’s dive in and win some championships.

Considered by many to be the second-best running back in the 2018 draft class, behind only Saquon Barkley, Guice’s value has been on a bit of a roller coaster ride over the past year. Despite his drop to the late second round in the NFL draft, where he was finally taken only after six other running backs had come off the board, many dynasty pundits insisted on trusting their evaluations and staying the course. His average draft position reflected that, and Guice remained as the consensus rookie pick 1.02 throughout the months following the draft.

At this time last year, his average draft position was in the late second/early third round of startup drafts, only to fall a round or two following the season-ending knee injury he sustained in his very first preseason game. When news surfaced in December about possible post-surgery infection and additional knee surgeries, Guice’s ADP surprisingly remained relatively stable, never dipping later than the early-to-mid thirties. It wasn’t until after the 2019 NFL Draft when we started to see Guice’s ADP starts to slip later and later, falling all the way to the late forties in June and July. As rookie fever and offseason narrative began to run rampant throughout the dynasty community, players such as David Montgomery, Marlon Mack, and Derrick Henry slowly rose above Guice’s ADP. His ADP and ranking on Dynasty Nerds are currently in the fifth round of one quarterback leagues, around the value of rookie pick 1.05. I’m here to tell you – set sail on the Guice trade winds at that price.

Let’s get some of the negatives out of the way first. Adrian Peterson was re-signed to a two-year deal back in March. The Redskins still have Chris Thompson. They drafted Bryce Love in the fourth round of this year’s draft. This is Guice’s first season coming back from a major knee injury. I would now remind you to read the title at the top of this article – while I do not believe he will earn you a league championship this year, Guice, who only turned 22 earlier this summer, is a player I believe you should buy now, because I have confidence that his #TwoToThreeYearWindow is about to open. As the start of the preseason schedule of games is upon us, it is entirely possible you will not be able to get him any more cheaply than at his current value.

Chris Thompson is an unrestricted free agent at the end of this season, and while Adrian Peterson still showed he can be very productive last season, he’s also going to be 35 years old at the start of the 2020 season. The Redskins have a potential out in his contract where they could cut him prior to the start of the league year, saving about $2.5 million while incurring only a $750,000 cap penalty. Bryce Love himself is recovering from a knee injury, and it appears as though he will not be ready to start the 2019 season. Although, as I said earlier, things appear murky for 2019, by the start of next season, Guice could quickly find himself as the backfield leader in Washington. More importantly, with their cap situation and other needs, not to mention their relatively high draft investments in both Guice and Love, I believe it is unlikely the Redskins would add another high-end running back to their roster in 2020, either through the draft or free agency.

Another criticism of Guice is that he won’t do much in the passing game. While my opinions on Guice’s abilities here are mostly speculative, the latest reports out of camp say that he has been heavily involved in the passing game and looking fluid doing so – even motioning out of the backfield as a receiver. Coach Jay Gruden himself recently commented that Guice has been “catching the ball very well”, which would only add to his appeal in PPR leagues.

The Redskins targeted their running backs 109 times in 2018 (16th in the NFL) despite their pass-catching back (Thompson) missing six games and their lead back (Peterson) never being known for catching passes. If things fall into place next year and Guice can merely combine Peterson’s rushing totals (251-1042-7) with even a portion of Thompson’s passing game totals (41 catches for 268 yards in 10 games), he’s right in the conversation of being a young, talented, back-end RB1, and I assure you those types of players are not drafted where Guice is currently coming off the board in startup drafts. Buy now while you still can!

So much of what I wrote above could be applied to Kerryon Johnson – both young and talented rookie running backs who showed great promise but ultimately ended the 2018 season injured and on the sidelines. The key difference, however? Whereas Guice still has several obstacles in front of him for the 2019 season, the window in front of Kerryon Johnson is open and full of clear, blue skies.

Before he was injured in week 11, Kerryon Johnson was on pace for a 188-1025-5 season with 51 catches for 340 yards and 2 touchdowns receiving tacked on to that. Those totals would have given him about 233 PPR points on the season, an average of just over 14 points per game – good enough to be a mid-level RB2 as a rookie. So, why the lofty expectations then?

With the recent news that the Lions have cut their long time pass-catching back Theo Riddick, many expect Kerryon Johnson to take on a greater portion of the passing game work out of the backfield in Detroit. What would it take to push Kerryon from those RB2 numbers to the RB1 numbers that can help lead you to a title? More targets. More catches. More receiving yards.

While Kerryon Johnson had 39 targets in 10 games in 2018, Theo Riddick had 75 targets in 14 games, a little over 5 targets per game. Let’s speculatively give just 3 of Riddick’s 5 former targets per game to Kerryon in 2019, raising his targets from about 4 per game to about 7 per game, and let’s say he keeps about the same catch rate (82% in 2018.) This would give him roughly 90 catches on the season. Unreasonable? Probably. Attention-grabbing? Definitely.

However, let’s say that Kerryon gets within the ballpark of those target totals. It’s important to note that only five running backs were targeted more than six times per game last season, and four of the five happen to sit at the very top of most draft boards: Christian McCaffrey, Saquon Barkley, Alvin Kamara, and Ezekiel Elliott, with the fifth being James White. The season before that? Le’Veon Bell, Christian McCaffrey, and Alvin Kamara. Now do I have your attention?

Like any projected league-winning player, there are caveats and potential pitfalls to derail a Kerryon Johnson breakout season. Could C.J. Anderson throw a wrench into Kerryon’s rushing totals? Could new additions such as T.J. Hockenson and Ty Johnson take too many of Theo Riddick’s former targets? Of course, but the price you’d have to pay to get Kerryon now is much less expensive than landing a player like Barkley, McCaffrey, Kamara, or Elliott, and few players currently offer a greater league-winning possibility against their cost than does the potential ceiling of Kerryon Johnson.

Window closing – sell while you can!

Sean Payton and the New Orleans Saints offense are historically known and statistically measured to be one of the best rushing attacks in the NFL year in and year out. Their backfield routinely finishes as one of the top fantasy producers, and even the smallest pieces of that backfield have had value over the years. Tim Hightower! Daniel Lasco! Travaris Cadet! Mike Gillislee! Khiry Robinson! C.J. Spiller! Jonathan Williams! Any name who is even rumored to land in New Orleans instantly gets a bump in perceived value – look no further than Latavius Murray and Devine Ozigbo.

However, should we be as excited when one of that backfield’s primary pieces over the past few seasons leaves for other pastures? Mark Ingram signed a three year, $15 million contract with the Baltimore Ravens in March, and expectations quickly followed suit. His offseason ADP hovered in the nineties during free agency, only to begin rising a full round into the seventies by the start of training camps. Many currently consider him to be a great “win now” piece, but I’m here to throw some water on that fire.

Mark Ingram’s last sixteen game season came in 2017 when he finished as RB6 overall on 18 touches (rushing attempts and receptions) per game. Last season, Ingram’s touches dropped to 13.3 touches per game. The Kamara effect or something more? Aging running backs coming off of a PED suspension are suspect investments, and his 2018 numbers bear that out.

Is it possible that Ingram can return to those 18 touches a game with the Ravens in 2019? Certainly. The Baltimore Ravens rushing attack did rank ahead of New Orleans in both attempts (547 to 471) and yards (2441 to 2025) in 2018, but two important notes here: first, the Saints scored seven more rushing touchdowns (26 to 19), and second, Lamar Jackson accounted for 147 of those attempts, 695 of those yards, and 5 of those touchdowns. Ingram won’t have to share the Baltimore backfield with any player approaching the talent Alvin Kamara, so it seems pretty clear at first glance that he will get the lion’s share of the work… but how much?

Gus Edwards and Kenneth Dixon are both still on the roster, and the Ravens used a fourth-round pick on the talented Justice Hill, who will almost certainly be in the mix, especially if he supplants Dixon. Will Ingram stay on the field for third down? If you start divvying up the carries and touches between those backs and then add Lamar Jackson on top, I just do not envision the soon-to-be 30-year-old Ingram being the dominant force he was for dynasty owners in 2017. Running backs decline significantly after their age 27 season, especially as they approach the age of 30. While his ADP is inflated due to what I believe are unrealistic expectations with the Ravens for 2019, the time to get out from under Ingram is now, even for contending teams, before his window shuts completely.

I am Keith Ensminger and you can find on twitter @TheSmingDynasty