Deonte Harris has been electric as a kick returner during his first two NFL seasons but can he make the transition to fantasy relevant wide receiver? @andy_buckler takes a look at why you should be stashing him everywhere.

Deonte Harris has made a name for himself in his first two NFL seasons with his elite play as a kick returner. But can he transition to being a valuable wide receiver for your dynasty team? Let’s find out!

Despite his very successful collegiate career, he went undrafted in the 2019 NFL Draft. His lack of size combined with the talent level at Assumption was a significant concern for NFL teams. Harris lacks NFL size, standing 5-foot-6, 170 pounds. All he needed was a shot, and he got it as an undrafted free agent with New Orleans.

As a rookie, Deonte Harris was impressive in camp and made the team as a returner. Harris was one of the best returners in the league, earning All-Pro honors. He wasn’t used much as a receiver in his rookie year, hauling in six passes for 24 yards. He did show that he belonged in the NFL and deserved a more significant role.

On the surface, that may seem like a player to avoid in dynasty leagues. However, I believe he has the potential to become a solid receiver. He would earn a more significant role in his second season, still not what we would like to see as a fantasy contributor, but he did make strides as a pass-catcher. Harris once again impressed in the return game, but he also showed us some glimpses of his potential as a wide receiver. He hauled in 20 passes for 186 yards and one TD.

He started to do real work in the playoffs, where he had his best game of his career in the NFC Wildcard win over the Bears. Harris caught all 7 of his targets for 83 yards. Unfortunately, he sustained an injury the following week and was out most of the game against the Buccaneers. I believe with Payton showing that he trusted Harris in a playoff game is an excellent sign of things to come. 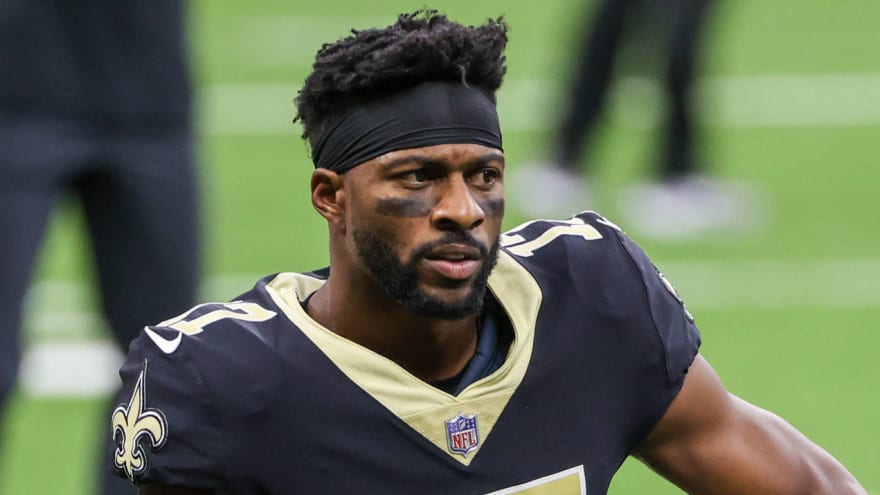 Harris is entering his third NFL season in 2021. Year three is typically significant for wide receivers to break out and have a great year. I believe the same can happen for Harris. The Saints recently released veteran wide receiver Emanuel Sanders as well as tight end Jared Cook. Those two moves leave behind 142 vacated targets in New Orleans. I wouldn’t project them all to go the way of Harris, but I think it’s safe to project Harris to see a significant uptick in usage.

Harris currently sits third on the depth chart for the Saints behind Micheal Thomas and Tre’Quan Smith. Marquez Callaway will also battle Harris for that WR3 spot. Things could change after the NFL draft and free agency, but the Saints are up against the cap, so it’s hard to expect them to add much at the position.

In dynasty, Harris is a tremendous risk-free add. I believe he is talented with the ball in his hands and can make some plays after the catch. He needs to be used more consistently as a receiver. For 2021, assuming Jameis Winston will be under center, I think Deonte Harris has WR3 upside.

Harris has a secure roster spot with the Saints due to his elite play on special teams. There should be a significant role in store for Harris in a revamped offense in 2021.

In dynasty leagues, Harris makes for a great stash. He’s not a guy that will win you the league, but he’s the type of player that can blossom into a solid contributor on your roster for years to come. If he’s on your dynasty waiver wire, he’s a must-stash. If you play in leagues with deep starting lineups, Harris is a guy I can see impacting deep leagues in 2021. Remember, dynasty is all about playing the long game! So, take the shot on Harris and be patient! He can pay off big time.

Thanks for reading! If you enjoyed this article or just want to talk some dynasty fantasy football drop me a follow on Twitter @andy_buckler!