Dynasty Theory: Jerry Jeudy is WR1. Trade Him Away After Year 1.

What is Jerry Jeudy’s ceiling? @write_and_reid takes us through how we should handle the latest Alabama phenom. 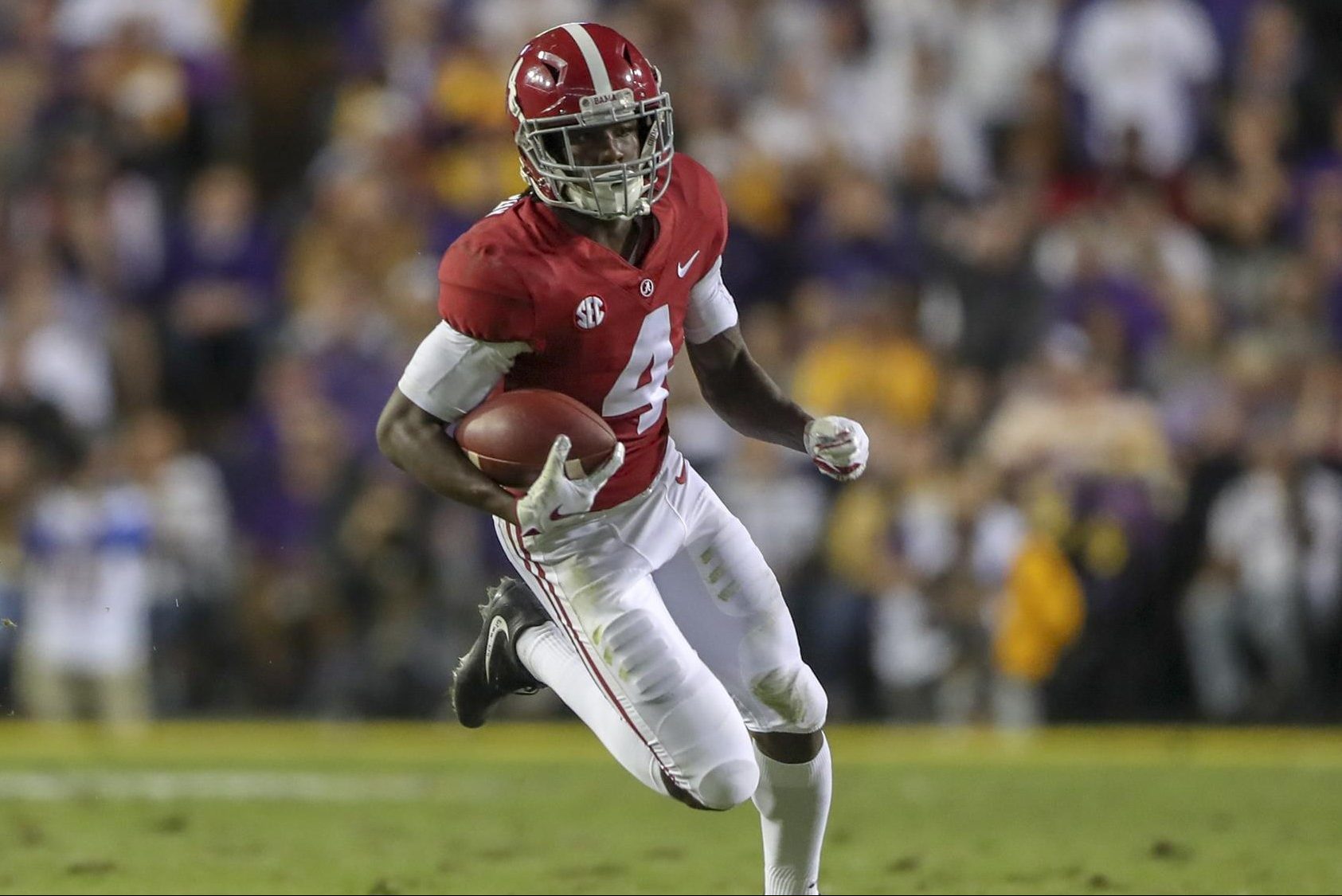 Rookie fever is truly upon us and Jerry Jeudy is the WR1 for a majority of the dynasty community. He has it all: speed, physicality, and most importantly, the ability to separate through superior route running. So, what you see is what you’re going to get.  But there’s a reason he’s not my WR1 or WR2 or even WR3: his ceiling is limited.

Now, I’m not saying, “Don’t draft Jeudy, he’s a bust.” Quite the contrary—he’s a great receiver, with good hands and will be a playmaker at the next level. But because he’s refined route runner, what Jeudy does in his rookie year will more than likely be his ceiling, or damn close to it; and that’s been the case with the recent great Alabama route runners in Calvin Ridley and Amari Cooper.

Starting with Amari—he was billed as the WR1 and potential dynasty 1.01 in 2015. Former NFL GM and Reese’s Senior Bowl Executive Director Phil Savage had this to say at the time of the 2015 draft: “Amari is super athletic, very fluid and highly-skilled as a route runner and hands catcher…I compared him to Marvin Harrison during the season.” And looking into his numbers, he’s stayed a consistent WR2 verging on WR1 in most seasons.

With Calvin Ridley, it was more of the same. Entering the 2017 college season, dynasty experts had him as the 1.01 but a disappointing physical stature and age. Lance Zierlein still stayed high on the prospect, saying of Ridley:

“[He] has game-changing talent complete with blazing speed and rare route-running ability for a college prospect. He ran the full route tree at Alabama, has experience working in a pro-style attack and is a plug-and-play starter on day one.”

Though Ridley had an average collegiate season, combine and late 1st round pedigree, he still was a WR2 entering his rookie year. And, for what it’s worth, Ridley was also compared to Marvin Harrison.

Similarly, Lance Zierlein believes Jeudy mixes tight, crisp route-running with impressive top-end speed to keep secondaries on eggshells throughout the game—comparing him to Santonio Holmes. And the funny thing is, when you look into Santonio Holmes’ player comparison, it is also Marvin Harrison. Alabama definitely produces a wideout type—and that’s a consistent fantasy-WR2 at the NFL level.

Like the receivers before him, I do expect Jeudy to come into the league with blazing stats, and he’ll likely put up at least WR28 or above numbers. But a near flawless prospect, with exceptional route running is entering the NFL with a lower ceiling than the likes of a Ceedee Lamb, Justin Jefferson and Henry Ruggs.

With all of this said, I still like Jerry Jeudy as a prospect, and I believe he has a place in the NFL that will last close to a decade because of his route running ability. Barring a miraculous WR10 overall or above performance, he just won’t be on my fantasy team after his rookie year—I’ll trade him to the owner that’s willing to overpay on his name.