There’s always room for eggs. This Thanksgiving @reflipewthenuz has two dynamic RBs for you to check out in the annual Egg Bowl. 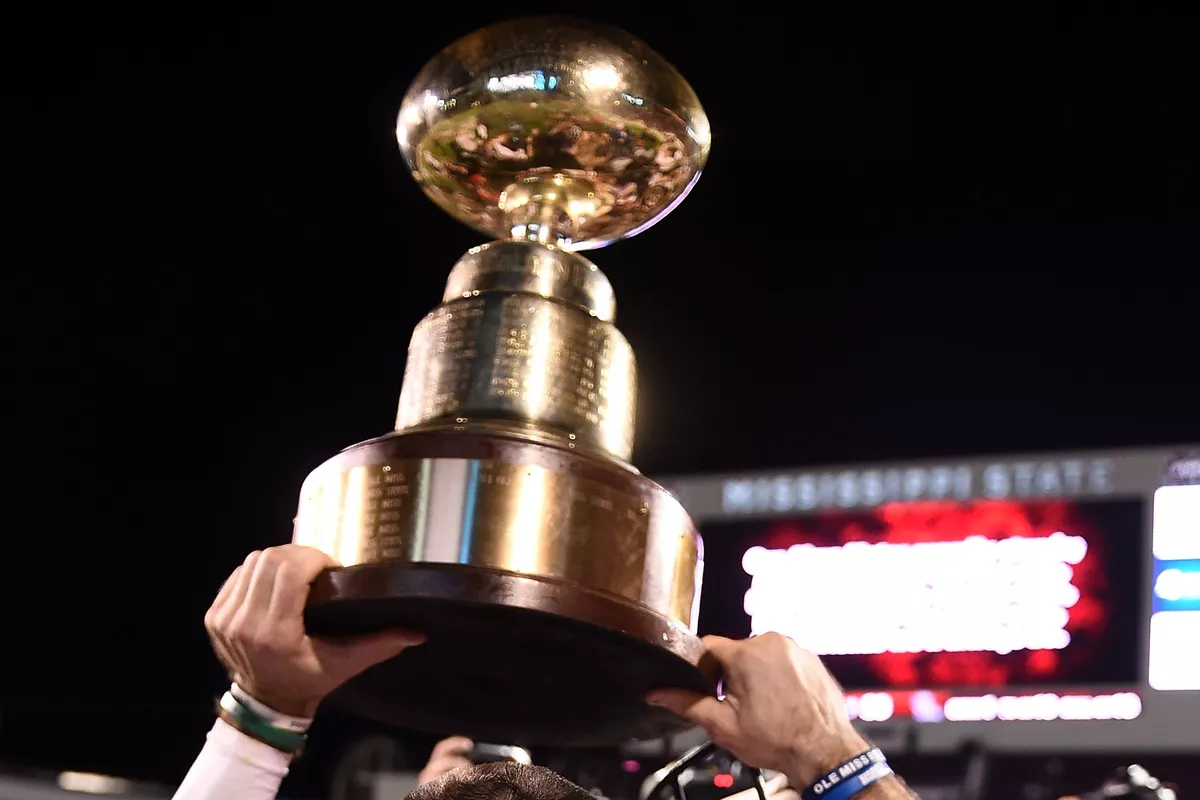 This Year I’m Thankful For An Egg Bowl RB Feast

While both Mississippi State and the University of Mississippi have endured disappointing seasons during the 2019 campaign this Thanksgiving offers a chance to close out their season on a high note. While it is true that the Bulldogs have a chance to secure a Bowl birth if they win the Egg Bowl is bigger than any low rate Bowl appearance in Starkville. This season the game also offers us in the dynasty community an opportunity to lay eyes on two very intriguing RBs that could grace our squads in the near future. Without further ado let us take a look at The University of Mississippi’s Jerrion Ealy and Mississippi State’s Kylin Hill.

Jerrion Ealy is one of the most talented freshmen RB’s in the entire nation. The former Jackson Prep star was one of the top-ranked High School backs in America last season. During the course of his High School career, he absurdly put up over 5,000 rushing yards and 80 TDs! He was ranked within the top 10 of every major scouting organization and as high as number 3 by 247 Sports and ESPN. Before deciding on where to play his college ball Ealy took part in the Under Armour All-American game. His performance set records and established benchmarks that will be hard for future backs to better. In the game, he put an absurd 116 yards and two TDs. On the heels of this performance, Ealy had his choice of a number of different college programs. You can see from his High School highlights below just what type of athlete schools were vying for.

Jerrion Ealy shocked the nation when he decided to stay in his home state and attend the University of Mississippi. Ealy chose the Rebels over other college powerhouses like Alabama, Clemson, Texas, Florida State, Mississippi State, and many more. Sometimes home is where the heart is. As a true Freshman Ealy has made his mark on the program routinely displaying the talent that made him such an attractive recruit in the first place. In the team’s last game against #1 LSU the uber-talented Freshman had his best game to date putting up 13/141/0!

Going forward Ealy will certainly be a player to watch. As the season has progressed he has shown more and more promise. Devy players are likely already familiar with the name but Thanksgiving provides the perfect platform for the rest of the dynasty community to get acquainted with this young man.

Kylin Hill has quietly enjoyed a fine Junior campaign in Starkville. Not many players have put up more yards in the SEC with so little fanfare. Going into the Egg Bowl the Junior Back has racked up an impressive 208/1,215/10 stat line. He has been without a doubt the focal point of the Bulldogs offensive system. Unlike the youngster on the opposite side of the field, Hill is looking to put a bow on his career in the SEC. It is certainly possible that Hill will decide to forego his senior year to enter the NFL draft on the heels of his impressive Junior season. You can see from his Sophomore highlights below the talent and skill that has Hill leading the entire SEC in rushing.

Hill has the looks of a complete back. He is fast and powerfully built with adequate hands and a nose for the endzone. His ability to carry the load in the toughest conference in all of college football on a bad team bodes well for his prospects in the NFL. Mississippi State has a chance to finish their season on a high note. If they can pull off a win in the Egg Bowl they will not only win their biggest rivalry game but will also secure a Bowl birth. Hill will be looking to better his 2018 Egg Bowl stat line of 17/108/1.

Dynasty owners should take this Thanksgiving to get a good look at Kylin Hill. As I stated before he has totally flown under the radar despite leading the SEC in rushing. The 2020 RB class is loaded and teams will likely be able to find players late in the draft that would have gone much earlier in other draft classes. Following the season the focus will focus on other RBs like Swift, Etienne, Dobbins, Hubbard, and others. Do yourself a favor and check out Hill before others so you can get a jump start on the competition.

This Thanksgiving as you enjoy Turkey and family festivities take some time to reflect. We all love the game of football. The NFL will once again take center stage on my personal favorite holiday. However, do yourself a favor and check out the only college game in town. The SEC will give us the gift of one of the oldest rivalry games in the nation. The Rebels of Ole Miss and the Bulldogs of Mississippi State have been playing for the Egg Bowl Trophy since 1927. So do yourself a favor and at least periodically check in on the game in the Magnolia State and get a look at two of the most intriguing RBs in the nation.