Why Justin Fields is a riskier prospect then you think. 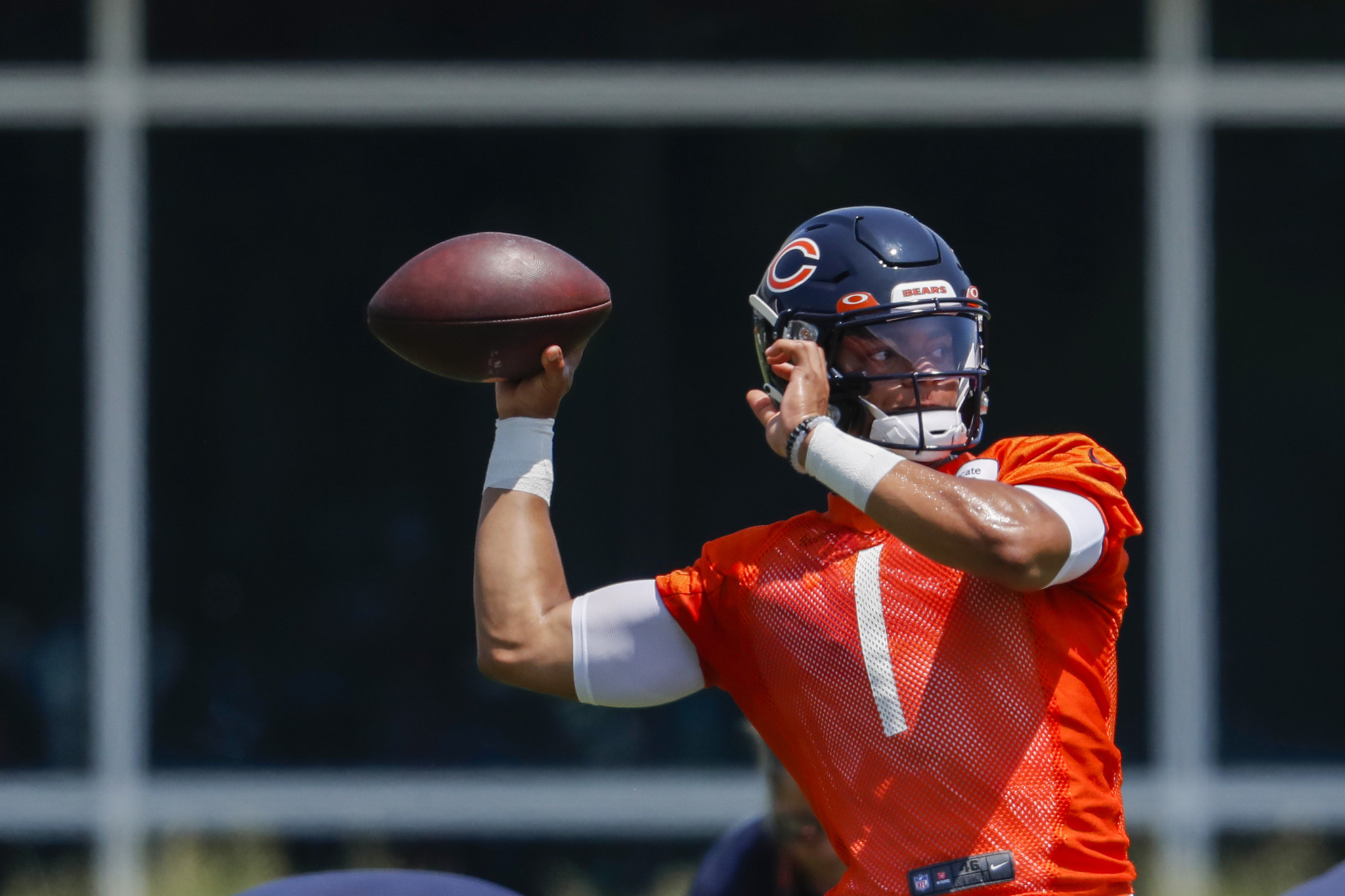 This week we’re building upon the analysis for Trevor Lawrence, Zach Wilson, and Trey Lance by evaluating Justin Fields. Coming into rookie drafts, Fields was widely considered the 1.02 and even the 1.01 by many people. After watching the film on Fields, I’m not convinced that he’s the safest prospect.

Justin Fields is heralded as one of the safest prospects in this class. When breaking down the film, there were some notable issues in his game analysts seem to be ignoring. The number one issue I’ve noticed is him being locked onto his top target.

Admittedly, this is all perception (based on his eyes) and is also fixable. However, Ohio State has put three wide receivers in the NFL over the last two years. On film, it does look like Fields receivers have a knack for getting separation and he’s not progressing much outside of the first read.

Notice here, Fields snaps the ball and it looks like he is determined to get the ball to his outside receiver and reads him the whole way. He has two wide-open targets on the play in his tight end and also has his check down to Sermon. He spends roughly the entire play trying to follow his receiver instead of going through his progressions. This is the most fixable part of Fields game and is fairly common with college quarterbacks. However, It is something that will take time for him to adjust.

The hardest part of Fields game to correct is going to be his throwing motion. Fields throwing motion on tape seems to be a constant stressor. Against Northwestern there were several plays where his motion got him in trouble.

Take this throw for example.

While Fields is able to eventually make a play out of this situation, it still presents problems in the NFL. With his elongated throwing motion and the defenders in the backfield, this is likely to result in a strip-sack in the NFL as opposed to his scamper for 10 yards.

In the example below Fields motion gets him in trouble happens here. Fields sets his feet and senses pressure coming. However, his elongated motion here isn’t going to let him hit his receiver in stride because the defender is able to get there in time. This play should have been a first down to his receiver. Instead, the ball isn’t able to make it to the receiver because he’s not able to make it through his throwing motion.

The throwing motion certainly creates problems for Justin Fields in terms of timing, but his odd motion also carries over to some missed easy passes for him.

When watching a game sometimes the hardest thing to watch is when a quarterback misses an easy throw that should be a first down or even a touchdown. While Fields boasts a tremendous completion percentage he does have some throws that make you scratch your head.

Take this throw for example.

He has a receiver alone along the sideline for what should be a really easy completion. There is no pressure coming for Fields, and simply needs to put the ball in a spot for his guy to get it. Unfortunately, this play on third and 8 doesn’t get to his receiver and ends the drive.

Earlier in the game Fields gets a wide-open receiver along the sideline in one on one coverage, and has no pressure. The separation from the receiver is such that I would expect a good pass to go for six. Unfortunately, the pass is pushed beyond the sideline and results in an incomplete pass.

Fields has room to grow as a passer at the next level. These things are fixable, and Justin Fields is the type of person by all accounts who seems hungry enough to fix them. His game has several positives that have led many to take him as high as the second pick in the draft.

Consider this scamper he takes to the red zone.

While the play doesn’t count, it’s impressive nonetheless. Justin sees the defensive end ready for the pitch to Sermon and makes an adjustment on the play to pull it down and turns the jets on all the way to the end zone. This is an impressive play, three defenders are in the area and he’s able to outrun all of them into the end zone.

Fields is a terrific playmaker with a special ability. He posses the ability on the ground to keep defenses honest on the ground and has the arm talent to win through the air as well.

As mentioned earlier, when his throwing motion gets long it often leads to problems through pressure or inaccuracy. However, when he can step back and deliver a compact throw he is fully capable of making excellent throws.

The defender can recover from the slight pick and has the outside area covered. Fields is going to be forced to throw the ball to a specific spot towards the sideline. The ball is placed in a spot where only his guy can get it.

For Fields to deliver on his second overall grade from the fantasy community these are the types of plays he is going to have to deliver consistently. He’s going to need to improve going through his progressions and working in the offseason on his throwing motion. Fields can be an excellent pro but I’m not a believer he should be drafted inside the top six of Superflex. I don’t see enough on tape of him being a better prospect than Wilson, Lawrence. Lance possesses the greater upside of Fields as well based on their situations and surrounding talent and coaching staff. Truly special quarterbacks can rise above talent and coaching deficiencies and Fields could certainly do that. I’m just not willing to stake my non-playoff team future on it.