Is Trey Lance the truth or a trap. @DynastyMad gives his take on the proposition. 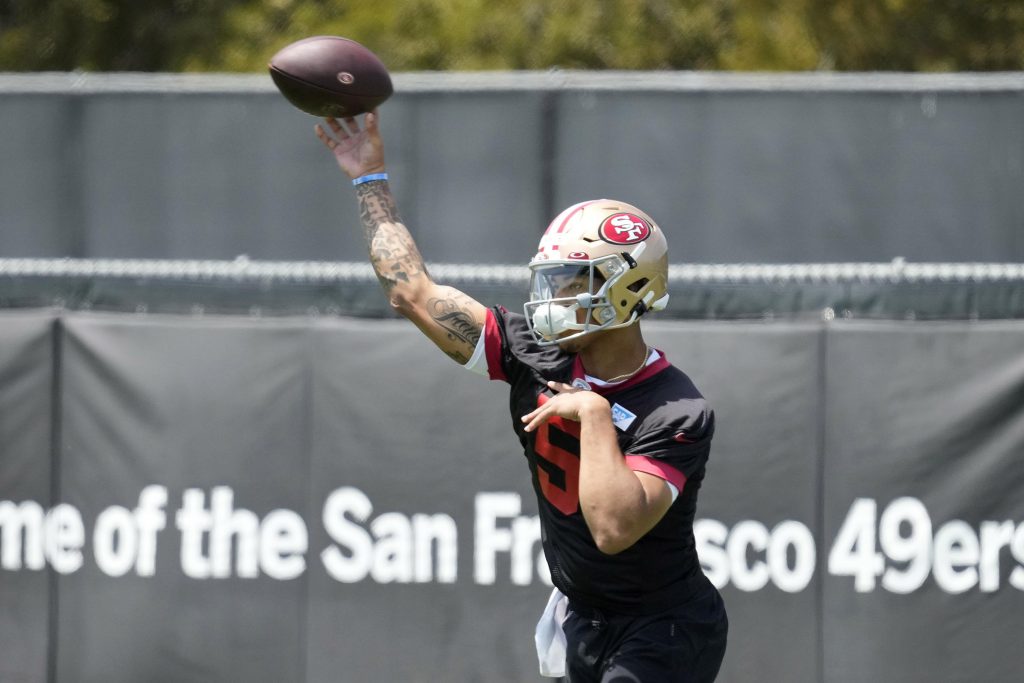 Throughout the last week, I’ve been analyzing the incoming rookie quarterback class and their landing spots. Last week I analyzed Zach Wilson and Trevor Lawrence, and this week, I wanted to highlight the polarizing Trey Lance.

Before the NFL draft, Lance was projected to be the fourth signal-caller drafted among his peers in rookie drafts and be chosen around the sixth to ninth pick. However, the landing spot has caused an influx in value, and he is frequently seen as the second quarterback and overall pick off the board.

Evaluating Trey Lance is extremely difficult, as North Dakota State played in only one game in 2020. It would be challenging to sell Lance as the third-best player in the draft if you only watched that game. However, NFL players aren’t drafted on one game alone, even if that one game was an entire season.

2019 was the season that put Trey Lance on the map as a prospect. Lance dominated his Sophomore year, completing 66% of his passes and throwing for an impressive 28 touchdowns without a single interception. However, in that 16-game stretch, Lance only threw the ball over 20 times in seven games and only threw for over 200 yards in four of those games. The numbers themselves make Lance one of the most polarizing prospects in this entire draft. Let’s take a deeper look.

Watching the film of Lance is difficult because there just isn’t much to go off of based on the number of throws he was asked to make in college. One area I’ve noticed he struggles in is setting his feet and stepping into his throws.

From his lone 2020 game this couldn’t be truer. The second throw of the game is a perfect iteration of this. Lance has a wide-open receiver for an easy touchdown, and instead completely misses the throw. These are the types of throws Lance is going to need to hit at the next level if he’s going to unlock the San Francisco offense.

Later in the game, Lance is asked to do a simple play-action. The defense sells out for the run leaving Lance plenty of space to set his feet and hit his fullback in stride. Instead, the pass comes in behind, and his receiver is down without getting any additional yards after the catch. Later in the game, they run the same exact play, and he’s able to hit him in stride for a large gain.

As many people know, Lance is a runner. Being able to run the football at the quarterback position is a cheat code in fantasy football. In his sophomore season, Lance ran the ball 169 times for 1,100 yards and 14 scores. This will be something Kyle Shanahan knows how to use, as Robert Griffin III ran the ball 120 times his rookie season while locking up rookie of the year. While Lance didn’t run the 40, on the play referenced here, he was clocked at 21 miles per hour. This would be roughly 4.6 in the 40 and certainly makes me believe his rushing ceiling is close to Robert Griffin III.

When Lance steps into his throws and puts it all together, he can be a tremendous thrower of the football. On this throw, he’s able to fit the ball into an extremely tight window with his arm strength. He’s also able to put the ball in a spot only his receiver can grab it.

He also has the potential to beat a defense with his arm. As we see here, he’s able to set his feet and deliver an excellent pass to his receiver for an easy score. The key will be if Lance can make these plays consistently instead of just the flashes we’ve seen.

What does it all mean

Lance is a highly polarizing prospect and needs quite a bit of work to be a finished project. He was the third pick in the draft but should sit behind Jimmy Garoppolo this season. I believe if you’re sitting on the clock at the beginning of the first round, it’s probably because your team isn’t very good. If you’re not picking in this spot, you’re not getting Lance.

I don’t believe Lance is worth the gamble at the top of the first round and would advise any rebuilding team against drafting such a polarizing prospect. Lance will struggle to see the field as a rookie this year, making the draft capital invested hard to justify. If Lance does play, I struggle to see immediate success with so many areas to improve as a passer. However, this doesn’t mean I’m out on him completely. I’d imagine he will be a great buy-low next season should he struggle this season or not play at all.