Justin Lad makes arguments for and against Zach Wilson, but ultimately why he is trading back to grab the Jets’ new signal-caller. 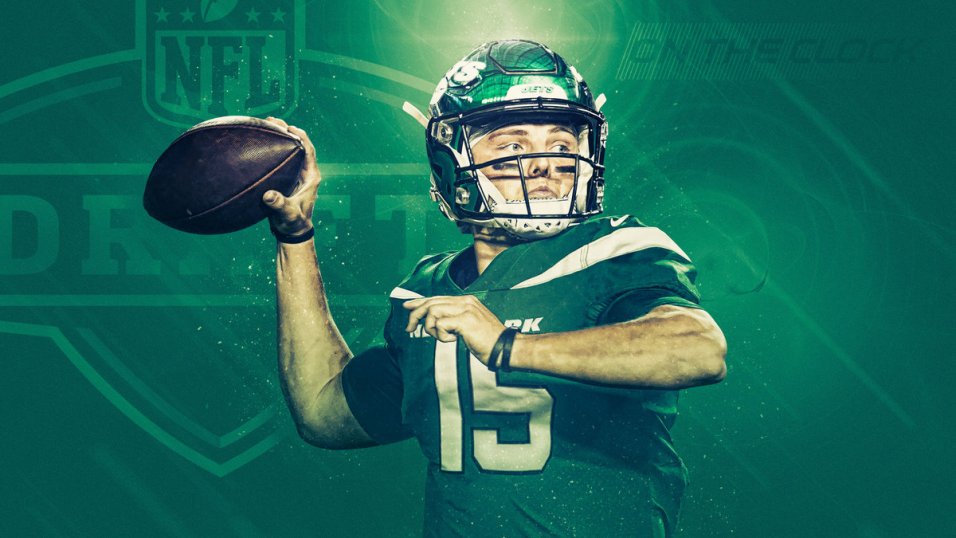 Earlier this week, we broke down the prodigy known as Trevor Lawrence, his landing spot, and what it meant for him. Next up in the series, bias is known, is my favorite prospect in this class: Pinpoint Zach Wilson. As rookie drafts get going, Mr. Pinpoint is constantly being pushed down the board due to several circumstances, some of them out of his control.

The Arguments Against Zach Wilson

The main argument I’ve seen related to Wilson is his landing spot. The New York Jets and their history at this position have not been successful. From 2000-2020 the Jets have drafted three QBs in the first round. Only Chad Pennington posted a top-ten season but did so with the Miami Dolphins. Needless to say, drafting Wilson for any owner is tough based on the history of franchise decision-makers. If we wanted to take this a step further, the best fantasy finish in the last 20 years was only Hall of Famer Brett Favre, who was injured down the stretch.

Sam Darnold didn’t finish higher than 27th in the last three years – it begs the question of the talent around the new signal-caller. It’s been so bad that the Jets haven’t finished above 26th in the league in yards per game since the 2015 season. The numbers suggest that while the quarterback isn’t special, he isn’t the only problem. If we’re to believe that things will change for Gang Green, we’ve got to see more than just a new face on a recycled number.

Robert Salah takes over tas the head coach but he is a known defensive guru. Joe Douglas takes over the offensive reins, ushering out the stagnant game plans of Mike Maccagnan.

The best way to improve an offense stuck in the bottom tier of the NFL is to draft and make silent key signings in free agency. This offseason, we saw this duo make numerous decisions that show they’re on the right track on this front. The Jets started the offseason by signing left guard Dan Feeney and WRs Corey Davis, and Keelan Cole. While these names aren’t going to wow anyone, they’re the type of signings that bring depth and talent to a roster devoid of it. The signings also lack the desperation/free agency winner type of designation that usually falls flat.

On the draft night, the Jets took Wilson and then Alijah Vera-Tucker to protect Wilson’s blind side in the first round. They added WR Elijah Moore, a dangerous slot receiver who may usher out steady vet Jamison Crowder in round two. RB Michael Carter was added in the fourth round to give Wilson target options in the running game.

Needless to say, this roster has seen a shakeup and now has players that can make an immediate impact. Wilson enters as a rookie coming off one of the best seasons we’ve seen from BYU in quite some time and was the highest-drafted player since Steve Young, and for good reason.

Why I’m Trading Down for Zach Wilson

As I mentioned earlier this week, If I owned the 1.01, I’d be looking to move down the board. I’ll be honest; it’s with Wilson in mind. Wilson was a three-year starter for BYU, which is also a plus when I scout quarterbacks. While Wilson did have to compete to keep his job this season, he passed the test. Once he got the nod, he went on to post BYU records in completion percentage and one of my favorite stats: the touchdown to interception ratio.

One of the main reasons I love these two stats is because they tell me a couple of things. The first is accuracy is often not taught and improved upon when moving up to the professional game. Wilson was one of the most accurate passers in the country and finished third in total yards. While Wilson didn’t play the cream of the crop, he also wasn’t working with the cream of the crop either. His offensive line was great, but he wasn’t working with two first-round picks like Alabama quarterback Mac Jones, one of only two players to throw for more yards than Wilson.

Wilson’s TD to INT ratio is a stat that always jumps out to me. It tells me how good your decision-making is. Wilson had a 4:1 ratio his freshman season, and this previous season he finished with 33 TDs to 3 INTs (11/1). When you combine accuracy and decision-making, it makes for an outstanding prospect.

Lastly, I wanted to point out that Wilson has averaged over 200 yards rushing per season since his freshman year. As I pointed out, quarterbacks that finish in the top five consistently have a rushing component unless you’re Carson Palmer.

The Jets have surrounded Wilson with targets and an offensive line to be successful. While the defense will need to improve for Wilson to live up to his draft capital in terms of NFL success, the opportunity and talent are there for a fantasy superstar. I implore you to join me in my contrarian decision-making and cross quarterback off your team needs for your 2022 draft class.