If Washington neglects to bring a free agent, you might be surprise to hear who’s going to step into the starting role after Kelvin Harmon’s injury. 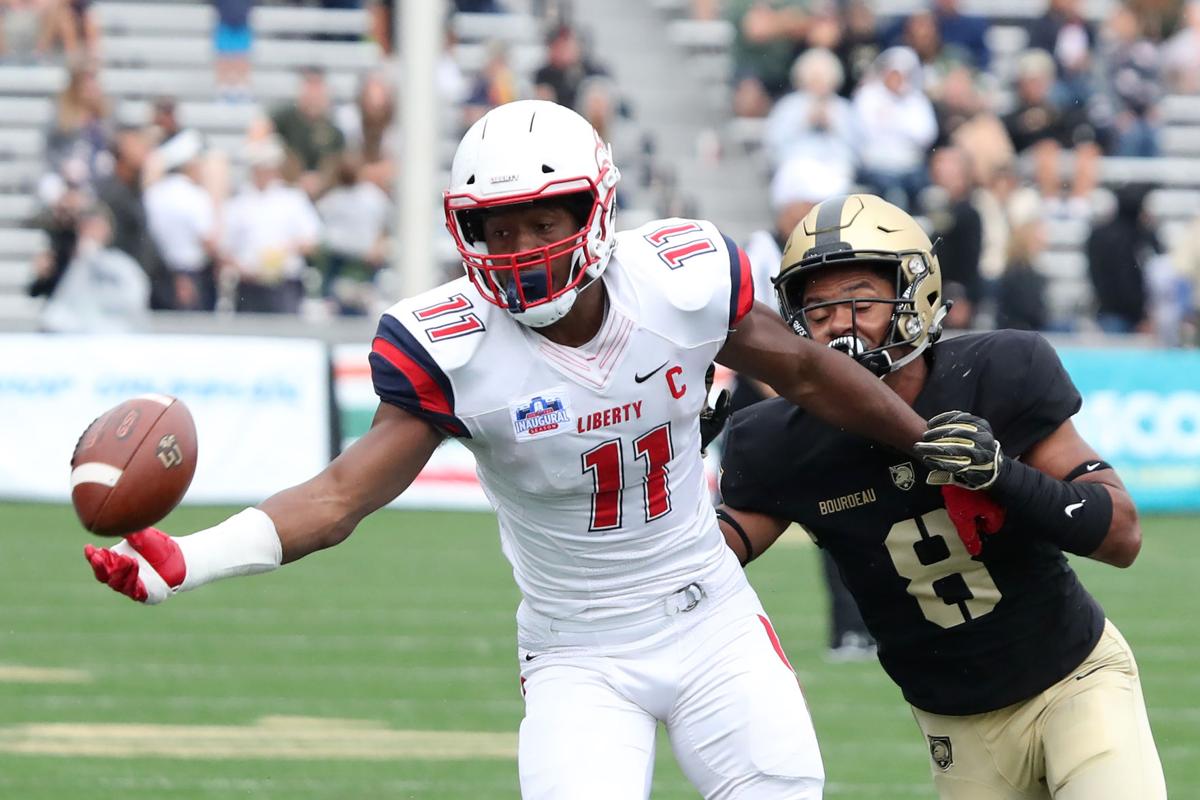 Living in Virginia Beach, Virginia, I’m surrounded by universities that are considered “small schools.” Old Dominion, James Madison, and William and Mary are just to name a few. It’s rare to hear prospects’ names attached to them. When you do hear those schools, it makes the draft far more exciting. For one of those names to be talked about, they had to do something extraordinary.

High school standouts want to be seen; hence the most popular universities typically end up with the most top-rated recruits. These recruits know being on the big stage continuously increases their exposure, which, in turn, increases their probability of getting noticed and drafted. In addition, the most popular universities line up their schedules to compete against other big schools, so those players are fighting against the best competition. If you can beat the best athletes at the college level, it erases doubts about being able to perform at the next level.

Small school players have a tougher road to the NFL lacking visibility, premier talent competition, and developmental coaching. It doesn’t mean they shouldn’t be playing with the best of the best. There have been many success stories of small school prospects competing at high-end levels from Hall of Famers Terry Bradshaw and Jerry Rice, to most recently Lions wide receiver Kenny Golladay. Success can be obtained; however, it’s far from guaranteed.

On Tuesday, we encountered disappointing news: Kelvin Harmon, the projected starting second-year wide receiver for Washington, was out for the year with a torn ACL. The organization was banking on Harmon taking a significant step forward in 2020 after seeing at least an 80% snap share following week 12. It’s another blow for a team that ranked 22nd or worse in adjusted games lost for six straight years, according to Fantasy Outsiders.

As we have seen across the NFL on numerous occasions, injuries create opportunity: insert Liberty stud and fourth-round pick Antonio Gandy-Golden.

Antonio Gandy-Golden was a consistent producer and constant standout throughout his college career. Although he was relatively new to the sport compared to most other college players, he quickly developed his skills. Following his freshman season, he spent three years as a starting wide receiver for the Flames compiling 3,499 yards receiving on 219 receptions and 30 touchdowns. Impressive, to say the least, even more so than his ability to solve Rubix cubes or juggle along with a multitude of other talents. He’s never going to be the fastest guy on the field running a 4.60 40, but with his 6’4 223-pound frame and 36″ vertical he won’t need to be. He has received praise with his “out of this world” catch radius and his ability to snatch the ball out of the air, but his unpolished route running is still in question.

Washington needs a complement to their primary breakout wide receiver candidate Terry McLaurin. AGG could be the ideal fit for this duo tethered to second-year quarterback Dwayne Haskins. We have seen Washinton head coach Ron Rivera has success with guys having similar builds and play styles. Kelvin Benjamin, Devin Funchess, and Brandon LaFell all had success in Rivera’s system even with an inaccurate Cam Newton delivering the targets. The only concern is how long it will take him to get there? With teams focused on Terry McLaurin, it could happen this year.

Small school prospects at wide receiver usually take a few years to get adjusted to competition and earn a consistent starting role on an offense. It even took Jerry Rice till week 14 in his rookie season to get more than four receptions. Once in a blue moon, we get to see a unicorn in terms of small school rookies. With the scheduling and team build, we may see one in Washington this year.

I love to compare AGG to Golladay. Yes, AGG is slightly slower; however, his superior burst should make up for that. With Golladay being the third receiver on the Lions offense in his rookie season while only playing 11 games, we can get a small idea for AGG’s potential. Instead, I wanted to look back to last year at another big, physical rookie wide receiver who was the second receiver for his team: Preston Williams of the Miami Dolphins. Like Golladay and AGG, he was a small school prospect known for unpolished route running and subpar ability to beat press coverage while still dominating at the point of the catch.

Albert Wilson went down with an injury in week one. While only running 14 routes in the first week, he still saw five targets. Coming down with three of them and a touchdown, the Dolphins, knew they had something special with this rookie. Williams never looked back till injuring himself during his breakout game in week nine, putting up nearly 25 points. During the time that he played, he was a wide receiver 35. He saw six or more targets in all but his first game. Williams wasn’t creating separation: He only averaged 1.2 yards of separation per target, 95th in the NFL. His route tree was elementary. He produced by boxing out defenders and making difficult contested catches at a 47.6% contested catch rate. He had the most contested receptions per game in the NFL last year.

Dolphins wide receiver Devante Parker was recognized as the breakout candidate, but that might not have happened if Williams didn’t get hurt. Before week 10, Williams saw 60 targets compared to Parker’s 52; 10 red-zone targets to Parker’s six while facing He also faced a top 12 defense in seven out of nine weeks. Point being: Williams’s style of play allowed him to remain relevant even as a rookie from a small school.

What’s on the Dockett

The best thing going for AGG is the schedule. According to CBS Sports, Washington has four games against top 10 ranked defenses versus the wide receiver position from last year: The Cowboys twice, who lost some major defensive pieces including starting cornerback Byron Jones; the Steelers and the Browns. Meanwhile, they have six games against bottom ten defenses versus the wide receiver position: Eagles twice, which the addition of cornerback Darius Slay could funnel targets to AGG if Slay shadows McLaurin; the Giants twice; the Panthers and the Lions.

If AGG can produce at the level of Williams and Golladay, I think you’ll be more than satisfied with taking him at his ADP in the third round of rookie drafts, and the 13th round of dynasty start-up drafts.