Michael Gallup has shown potential to be a great receiver. At his current value, @WhyDoIEvenTryFF’s article points out why he is a must buy! 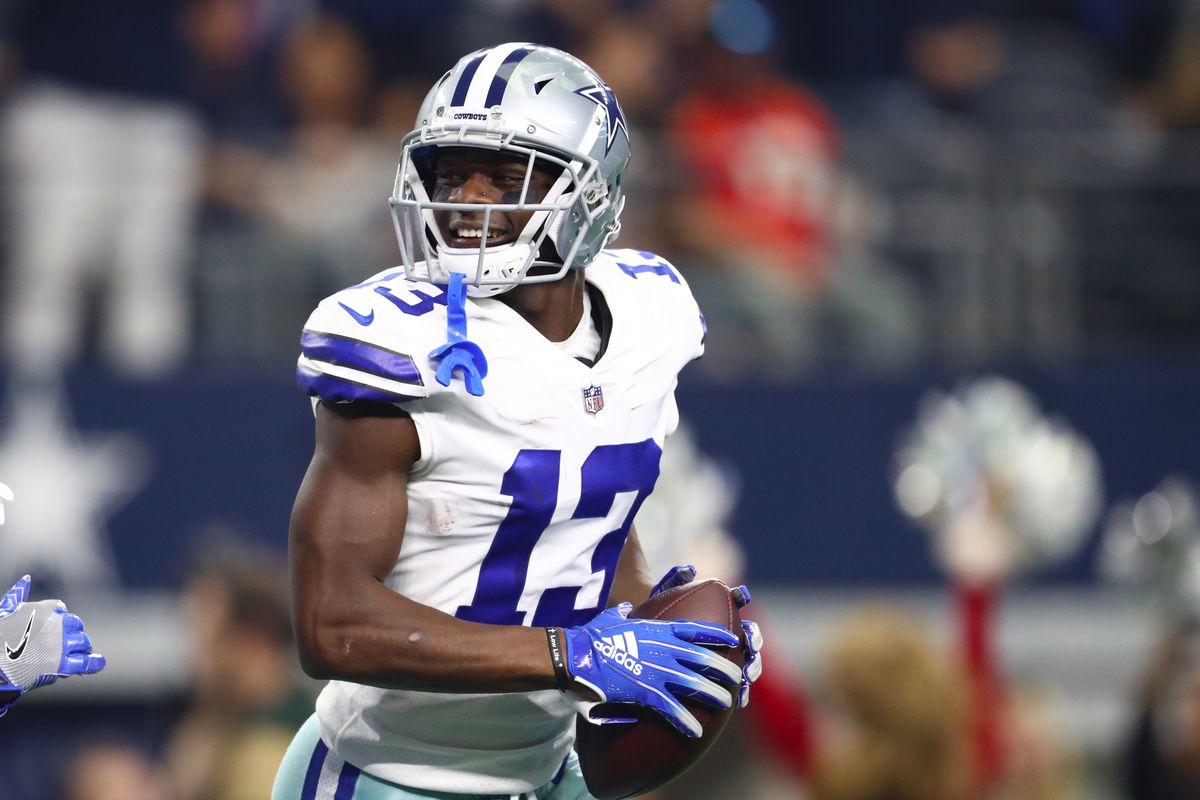 Michael Gallup was considered a really good dynasty asset to have following his 2019 season. He had 113 targets and turned that into 66 receptions for 1,107 yards and 6 touchdowns. He finished as the WR22 in PPR formats and showed improvement from his rookie season. His value then took a significant hit when the Cowboys drafted CeeDee Lamb 17th overall in the 2020 NFL Draft. As many expected, Lamb was a heavy part of the offense, and as a result, Gallup’s production suffered a bit. Now the question is, what do we do with Gallup? My answer would be to target him as a buy. Let’s take a look at some reasons why!

My first and most obvious reason is that Gallup is talented. Sometimes it’s as simple as that, but his talent was suppressed this year by bad quarterback play and target competition. The QB play once Dak went down was a bad thing for all of the talented Dallas receivers. According to PlayerProfiler.com, Gallup was 104th in catchable target rate at 64.2% and 17th in unrealized air yards. Despite the quarterback play dropping off after week 5, Gallup was still very efficient. He finished 58th overall in yards per target with 8, which is a good number to hit when it comes to efficiency.

Considering the circumstances of a significant downgrade at QB and added target competition with Lamb, I think he did well. In the previous season, with Dak at QB, Gallup was 12th in yards per target at 9.9. He also was 23rd in catchable target rate. With better QB play, I believe Gallup gets those numbers up again even with the target competition he has in Dallas if he stays there.

Gallup is also very good at contested catches. PlayerProfiler.com shows that Gallup received 15 contested targets this season with a 66.7% catch rate, 10th overall in 2020. He makes great plays when the ball is in the air.

I took a look at some highlights and chose a few clips to discuss. All of the clips shown below are from DC 4life on YouTube. This first clip I chose shows off his ability to adjust his body and high point the ball. I love receivers who can attack the ball like this!

In this clip, Gallup again shows how he can adjust his body however he needs to while attacking the ball. He comes down a little awkwardly as his feet plant in the ground, and his back kind of bends weird, but he is still able to hang onto the ball and complete the difficult catch.

Here is a play where Gallup makes a nice sideline grab. I noticed many instances where he makes these types of plays. He shows excellent concentration and awareness to get both feet down in bounds.

I wanted to show one more play where Gallup impressed me with a different aspect of his game. On this play, he made the reception on Jalen Ramsey and slipped through the tackle to gain about 15 extra yards after the catch. He can make big plays in multiple ways.

Another reason that Gallup is a buy for me is that his situation can change for the better. He will be a free agent after this season. He will undoubtedly draw a lot of attention in the free-agent market if he does not re-sign with Dallas. There is also a possibility that a team trades for Gallup before the 2021 season begins as well. Either way, it’s highly possible that Gallup ends up on a different team for the 2022 season and becomes at least a solid second option for another team.

That brings me to my next point, which is that his value may never be lower. I recently did a 14 team Super Flex startup draft, and I got Gallup at 10.05. I traded up for him because I wanted to get that value there. I got him as the WR49 off the board. I also noted that 17 rookie picks went before Gallup. In a 12 team league, that would have been 2.05.

I ran a Twitter poll and asked people to vote on Gallup’s value in a 12 team SuperFlex league when it comes to rookie picks. The poll received 96 votes. Only 23% of people think Gallup is worth an early to mid 2nd round pick. I will admit that in this year’s stacked draft class, a high 2nd round pick in Super Flex formats might be more than I would be willing to pay for Gallup.

There is just so much talent in this year’s draft that you can still get a big name in the early to mid-second in SuperFlex formats. From pick 2.08 and on, I think I would be willing to make a deal for Gallup in 12 team leagues. He is a proven player, and I will take that over late 2nd round picks and 3rd round flyers. 36% voted his value to be a mid to late 2nd round pick, and 30% voted early to mid 3rd round pick. If I can get Gallup for a 3rd rounder, I’m doing it without hesitation. Only 11% voted mid-to-late 3rd, so honestly, shoot your shot; you never know what someone will do!

The main concern with Gallup is that he will be the 3rd option in the Dallas offense. While it is a valid concern, I don’t think this should stop anybody from getting Gallup on their dynasty squad. Gallup finished as the WR38 in PPR despite playing only five games with Dak. The Cowboys attempted the 2nd most passes in the NFL last season and had the 8th most passing yards. I don’t see much changing next season with the Dallas defense, so the Cowboys may end up in some shootouts again. Even if they don’t throw for the 2nd most pass attempts in 2021, they will be a better and more efficient offense with Dak, resulting in more scoring opportunities.

When I consider Gallup’s talent and upside compared to his current value, I think he is a must-buy type of player. There is so much potential there for increased value in the future if he ends up on a new team and is a more significant part of that offense. Worst case scenario, he stays in Dallas and is a borderline WR3 with upside week to week. I will take that risk if I can get him as a throw-in or for a low-end draft pick.