How does the 2020 NFL Draft affect these veteran QBs stocks? @dynastydadmike shares his insights and perspectives to these signal callers and their futures! 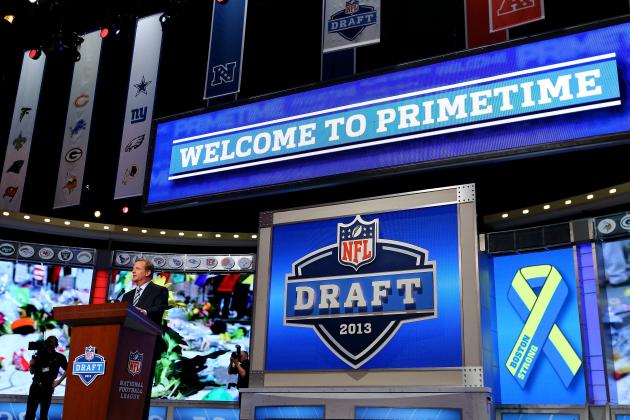 It has been a minute, but your boy @dynastydadmike is back with my post-draft fallout three-part series. In this series, I will be highlighting the impact the 2020 NFL Draft had on your current veteran players on your dynasty rosters. In this article, I will focus on the signal callers and what you should suspect moving forward. I would also like to clarify that this article is geared toward Superflex format league and should not be the strategy in single quarterback leagues.

With the first pick in the 2020 NFL Draft, the Cincinnati Bengals selected Joe Burrow, which came as no surprise to anyone. The 2019 Heisman Award winner looks to step in and contribute immediately, regulating Andy Dalton to backup status. However, now would not be the time to drop Dalton from your dynasty rosters. Dalton has some real NFL value, which could help in fantasy value as well. Your best plan of action with Dalton is to see how the offseason plays out and see if Bengals move Dalton to a team where he has a shot at competing for the starting job.

After some pre-draft smoke screens, Miami nabs up Tua Tagovailoa. The Dolphins have the luxury to wait with Tua and let him progress in his rehab progress. Although watching that Tua tape that was sent out shortly before the draft, it appears he is well ahead of schedule. Now, what should you do with Fitzmagic, and the easy answer is whatever you want. I have no issues with you keeping Fitzpatrick on your roster as he always seems to start a few games every NFL season. I also have no issue with you dropping Fitzpatrick as more than likely; you will be able to pick him back up off the waiver wire if need be.

The Los Angeles Chargers followed the Dolphins quarterback selection with their own signal-caller pick in Oregon’s Justin Herbert. Even though Chargers coach says, “Tyrod is in the driver’s seat” to replace Charger legend Phillip Rivers, this team is going to be Herbert’s moving forward. I would use that statement Lynn made in trade negotiations involving Tyrod as well as his mobility on the ground for fantasy rushing yards as some major talking points to ship Taylor off your dynasty rosters.

The Green Bay Packers easily made the most shocking pick of the first round with their selection of Utah State passer Jordan Love. However, to steal a line from Aaron Rodgers – R.E.L.A.X. Love is not coming in to replace Rodgers immediately. Love will have the chance to learn behind Rodgers for at least this year and more than likely next year. However, I would be using this opportunity to see if you can get Rodgers at a discount. I would use the selection of Love as well as the decline in fantasy points for Rodgers as key talking points in trade negotiations

The Eagles took the polarizing quarterback from Oklahoma Jalen Hurts in the second round of the NFL Draft. However, even though there is high draft capital, I don’t think this is an indictment of Carson Wentz. Philadelphia values having a strong NFL backup on their roster. I view this more as adding a versatile weapon to their offense in a similar mold as to what New Orleans does with Taysom Hill. Similar to Rodgers, I would be using Hurts to see if I can acquire Wentz at a discounted price.

A couple moves that I don’t see having a significant effect on your dynasty rosters – Jake Fromm to Buffalo, and Jacob Eason to the Colts. Although, Eason appears to have a quicker path to some starting reps than Fromm barring injury.

Thanks guys for the read and I appreciate the support that you show to me. Please remember to follow me @dynastydadmike on twitter and make sure you have subscribed to the #nerdherd. God Bless! Also be sure to check out my Superflex/TE Premium ranks and standard ranks for DynastyNerds. Let me know where I am right and where I am wrong.