The Dolphins have an ascending offense, Woo Lee outlines who is a buy, a sell, and who can be traded in his breakdown of the Miami offense. 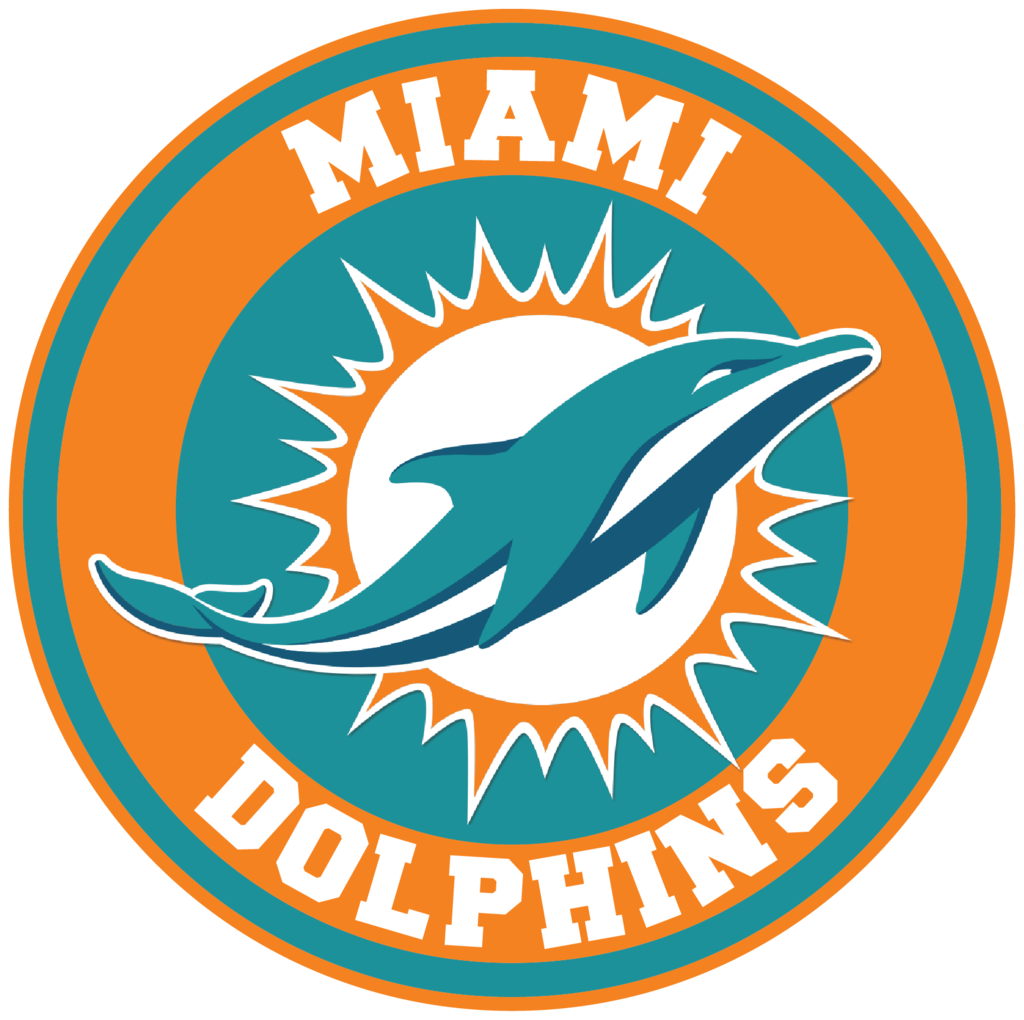 The Miami Dolphins had a bounce-back year following a terrible 5-11 record in 2019. The Dolphins finished with a 10-6 record in 2020 and are looking to continue its success into the 2021 season. The Dolphins offense was not as explosive and the offensive line ranked 28th in all of football, according to Pro Football Focus. There was a glaring need for better protection and weapons to help Tua Tagovailoa.

Heading into the 2021 NFL draft, the Dolphins addressed these issues by drafting Alabama WR Jaylen Waddle with the sixth overall pick and then taking Notre Dame OT Liam Eichenberg in the second round. The Dolphins also added another weapon by drafting TE Hunter Long out of Boston College in the third round. Overall, the Miami Dolphins had a solid, if not a great draft, to fill some of the holes.

The Miami Dolphins also signed a couple of great free agents in the offseason. The Dolphins gave Tua another weapon in Will Fuller while also adding Malcolm Brown. With a talented defense and an ascending young offense, the Miami Dolphins look primed to have another competitive year in 2021.

There’s no question who will be at the helm for the Dolphins in 2021. The 2020 fifth overall pick started on the bench behind Ryan Fitzpatrick to start the 2020 NFL season. Tagovailoa finally got his opportunity to lead the Dolphins in week 8 against the Los Angelos Rams. He has shown that he can lead the Dolphins to victories.

The Dolphins are an ascending team that will look to compete in the 2021 NFL season. The Dolphins have surrounded Tagovailoa with a multitude of weapons by adding Waddle and Fuller to Devante Parker and Mike Gesicki. With the addition of Eichenberg and Matt Skura, the Dolphins added protection for their franchise QB. The Dolphins offense has dramatically improved this offseason, and Tagovailoa is primed to have a second-year leap in 2021.

In Dynasty, Tua has an ADP of 61 in Superflex leagues. This is a great value for a young QB in an ascending, high ceiling offense. With numerous weapons and improved protection, Tua should be considered a high-end QB2 with QB1 upside.

Myles Gaskin came onto the scenes seemingly out of nowhere for the Dolphins in 2020. Jordan Howard and Matt Breida would eventually lose their starting roles due to the combination of injuries and inefficiency. Gaskin had a modest 2020 season due to injuries and COVID as he produced 584 rushing yards on 142 carries in 10 games. He led all RBs in carries, rushing yards, receptions, and receiving yards in 2020. Gaskin took over the backfield and will look to do it again in 2021.

The Miami Dolphins did not make any changes to the backfield other than adding Malcolm Brown and drafting Gerrid Doaks in the seventh round of the 2021 NFL draft. Gaskin survived the draft and the offseason. He will be the lead RB for the Dolphins heading into the 2021 NFL season.

Gaskin is a great option for fantasy in 2021 for dynasty managers that are looking to contend. In Superflex dynasty startups, Gaskin has an ADP of 78. This is great value for many dynasty managers looking to take an RB in the middle rounds. With the lack of competition for carries in an ascending offense, Gaskin should be safely considered an RB2 with the potential of low RB1.

The Miami Dolphins signed Brown to a one-year deal in the offseason. With the release of Jordan Howard and Matt Breida declaring himself as a Free Agent, it made sense for the Dolphins to add to their RB depth. Brown was primarily used in goal line and in pass protection situations for the Rams in 2020.

Brown will compete for the RB2 job behind Myles Gaskin in 2021. Though this signing may potentially take away goal-line carries from Gaskin, Gaskin will assume most of the work. Brown may come in on third-down situations, but ultimately will not be used enough for fantasy relevance. Brown could be a nice stash for dynasty managers but is still a long shot to become fantasy-relevant.

The Miami Dolphins signed Ahmed after being cut by the 49ers in August of 2020. When Gaskin went down with an injury, Ahmed filled in nicely for the Dolphins. Ahmed produced 319 rushing yards on 75 attempts. Ahmed was a solid fill-in for the Dolphins in 2020, but his situation in 2021 may have become crowded with the addition of Brown in the offseason.

Though Ahmed is clearly the more talented RB than Brown, there is not much optimism that he will retain the backup role to Gaskin. If Ahmed is put into a reserve role, this will be devastating for his value in fantasy. Though he most likely may never see the field, Ahmed still has a chance to fight for the RB2 spot behind Gaskin. If Gaskin isn’t able to play at any point, Ahmed may fill in as the lead rusher. He is a deep stash for dynasty owners and is a player to monitor throughout the offseason.

The former Alabama WR was drafted with the sixth overall pick in the 2021 NFL draft. Waddle’s overall production was limited due to injuries, but he was a superstar whenever Waddle was on the field. Waddle finished 2020 with 591 yards on 28 receptions in four games. Though this may not look great at a glance, Waddle averaged over 100 yards every game. Waddle will look to display his speed and explosiveness with a familiar face at the QB position in Tua Tagovailoa. He could be the overall WR1 out of the entire 2021 NFL draft.

The Dolphins traded back up to the sixth overall pick to acquire Waddle, so he should have a healthy workload right off the bat. He is currently the WR3 behind DeVante Parker and Will Fuller, but he should take the WR1 job sooner than later. Heading into the 2021 NFL season, Waddle should produce Flex-WR2 numbers in fantasy. Looking beyond 2021, Waddle could be the WR1 for an ascending offense and could be an elite WR option for dynasty managers in the years to come.

DeVante Parker was underwhelming in the 2020 season. Finishing with 63 receptions and 793 yards, Parker disappointed many fantasy managers in 2020. Though the QB change from Fitzpatrick to Tagovailoa did impact his production, Parker started to fizzle out when Tagovailoa got the start towards the end of the 2020 season. With the additions of Will Fuller and Jaylen Waddle, Parker gained competition for targets this offseason. Now, the former Lousiville WR will look to retain his WR1 role in 2021.

Parker was disappointing, to say the least for many dynasty managers. He had one good year in 2019 and hasn’t lived up to the hype everybody thought he was going to be. Now the WR room has gotten more crowded with the additions of Fuller and Waddle while Gesicki still looking to be involved in the passing attack. Having the second year with Tagovailoa could help the chemistry between them, but the WR core is too crowded, and Parker shouldn’t be expected to be featured in this offense.

Parker’s hope of producing WR2 numbers is long past, but he could still provide solid flex value for dynasty managers. If any Waddle or Fuller misses any type of time, Parker will benefit greatly. Looking at the track record of both Fuller and Waddle, both players have been sidelined quite a bit in their careers. Parker is a sneaky pick in the later rounds of startups and is a great buy-low candidate heading into the 2021 season.

The Miami Dolphins added Fuller in the offseason on a one-year deal. Will Fuller was great for the Texans in 2020. After the trade of DeAndre Hopkins, Fuller had his opportunity to be the WR1 for the Houston Texans in 2020. He went on to produce 879 yards on 53 receptions in 11 games before he was suspended at the end of the season for substance abuse. As the entire front office and head coaching jobs were replaced following the firing of Bill O’Brian, many changes were made. Fuller was not offered a contract to return in which Fuller joined the Dolphins in free agency.

Fuller proved that he can be a WR1 for any offense. Though his QB is Tagovailoa and not Deshaun Watson, there is still optimism that Fuller can still produce at a high level. With the combination of his speed and explosiveness, Fuller looks to bring some explosiveness across from Parker as the WR2. Though Waddle is also in the mix for targets, Fuller has the healthiest floor out of the three receivers. Fuller shouldn’t have trouble competing for targets and maybe even surpass Parker within the first four weeks. Fuller has a floor of a solid WR3 and could potentially put up high-end WR2 numbers. If Tua takes a leap forward in 2021, Fuller could turn out to be one of the better values in the middle rounds.

The former Penn State tight end has a good shot to elevate his game in 2021. Gesicki finished with 53 receptions and 703 yards. He improved in his second year in 2020 and it didn’t seem like the change of QBs impacted Gesicki’s production. The former second-round pick will look to prove that he can be an elite tight end to secure a long-term contract with the Dolphins. The Dolphins also drafted Long in the third round, but that shouldn’t hinder Gesicki’s role as the TE1 for the Dolphins.

With the addition of Fuller and Waddle, there’s a lot of questions on how the targets will be distributed in the passing attack for the Dolphins. Though it seems like the opportunity for Gesicki to be a more prominent role is dwindling, there’s a lot to be optimistic about with Gesicki. Gesicki was a great big target for Tua in 2020 and should continue to serve as that security blanket for Tua in the 2021 season.

Gesicki won’t be a top-5 TE in fantasy, but he is capable of producing top-10 TE numbers with an upside to produce weekly TE1 numbers every week. With the likelihood of Tagovailoa taking another step forward in 2021, Gesicki could be a primary beneficiary. Dynasty managers hope that Gesicki can take another step forward this year, but should only be considered a streaming option in fantasy at the current moment. Gesicki is a great late-round TE pick to help produce on certain weeks, but shouldn’t be depended upon to produce every week. Gesicki is a solid TE2 with TE1 upside.

The Miami Dolphins have loads of talent on the offensive side of the ball. With Tua expected to make a 2nd-year leap, the Dolphins should be able to take off in 2021. Players such as Fuller, Waddle, Gesicki, and Gaskin should all be on fantasy radars in 2021. In dynasty, Many Miami players can be obtained for great value. The Dolphins offense can break out this year, if not next year. So having shares in this offense could be great for many dynasty managers.

Did you hear the big news? The Dynasty Nerds youtube channel is up and running. Now you can see the podcast straight from the NerdHQ!! Smash that subscribe button. Sign up for the DynastyGM tool to keep that edge over your league-mates. Manage all of your dynasty teams, use the trade calculator, and we just added a player shares tool so you can see all players you roster in one place. Try it here for free.