After a shaky 2019 season, the Dolphins made some big moves in the offseason and look to continue to build a possible contender in the future. 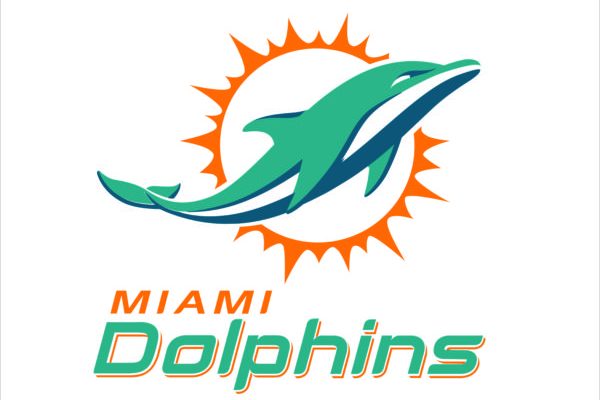 Throughout 2019, the Miami Dolphins season was described by many as the “tank for Tua” season. After starting 0-7, the Dolphins looked like a hopeless squad that just wanted the season to be over. There was a small turnaround towards the end of the year as the Dolphins went 3-2 in their final five games. Many saw this sequence of games as not a bright spot since the hope was for the highest draft pick possible.

Even though the Dolphins did not get the #1 overall pick, they luckily drafted their guy in Tua Tagovailoa at the fifth spot in the 2020 draft. Even though the 2019 season was shaky, Miami looked like they were starting to build a culture. This can be credited to head coach Brian Flores, who learned many wise things under his time in New England with Bill Belichek. After coaching many parts of the defense in New England for years, Flores is a good coach with the experience to lead a Super Bowl dominant defense. And although the Dolphins are not at that point, many young players on that side of the football look to keep developing into potential stars, like Jerome Baker and Raekwon McMillan.

When it comes to who made an impact on the offensive side on the ball, Ryan Fitzpatrick started 13 games at QB. The veteran QB finished with 3,529 yards, 20 touchdowns, and 13 interceptions. There were many highlights to go along with some low ones as Fitzpatrick heads into the final stretch in a long career.

The rushing attack was all over the place for the Dolphins. After trading Kenyan Drake midseason, the Dolphins could not find their guy for the rest of the year. With Kalen Ballage finishing with the most carries, his 1.8 Y/A was not impressive at any standard. The Dolphins finished 2019 with just 10 rushing touchdowns, 4 belonging to QB Ryan Fitzpatrick.

The receiving core had more bright spots than the rushing attack, with Devante Parker finishing the year with 1,202 yards and 9 touchdowns. Another bright spot was TE Mike Gesicki, who finished with 570 yards and 5 touchdowns in just his 2nd season. Players like Albert Wilson and Allen Hurns, who could have been bigger options, never really got the chance to shine in 2019. The 2019 season was not successful for Miami, but with a fantastic 2020 free agency, this team looks to continue to develop and grow together.

Touching quickly on the 2020 free agency for the Dolphins, they went all out. On the offensive side, adding two dependable running backs in Matt Breida and Jordan Howard will vastly improve the rushing attack. On the defensive side, adding lots of talent was a wise move from the front office. Adding players on the defensive line such as Shaq Lawson and Emmanual Ogbah was a needed boost. Former Patriot Kyle Van Noy is a huge addition as he can be the veteran that the defense needs. And of course, signing Byron Jones, one of the best CB in the game, makes Miami’s CB pairing with Xavien Howard a scary sight. The Dolphins went all out in free agency this past year.

As mentioned, the Dolphins drafted their future starter in Tua Tagovailoa at 5th overall in the 2020 draft. Although it looks like Tua will not start his rookie year on the field, many are still calling him the “next Russell Wilson.” This is because of Tua’s ability to improvise on the move and deliver a perfect ball from many angles. After a few injuries in college, the Dolphins coaching staff is committed to giving Tua the time to get ready for the big leagues. In just nine games in his last year at college, Tua completed 71% of his passes and threw 33 touchdowns. With Tua being a mobile QB who loves to throw on the run, it is important to mention he had only 11 interceptions in three years at college.

But for the short term, Ryan Fitzpatrick looks to continue to lead this team into the 2020 season. A vet, who will help Tua develop into a solid leader, is on the backend of his career. Fitzmagic looks to take the spotlight for possibly his final time in 2020.

When it comes to ranking these quarterbacks, many can make a case for the rookie. In a PPR dynasty league, I rank Tua just outside the top 10, at what looks like a QB12 spot. Fitzpatrick may not be drafted in start-up leagues this year, but he could be a nice stash on the bench for extra depth. In Superflex dynasty leagues, Tua cracks the top ten as QB10. Nevertheless, some have Tua so high that he can be seen going as a QB7 at times.

The Dolphins could have something special this year in their backfield, a running back duo that could be hard to handle. Both 25 years old, Matt Breida and Jordan Howard found new homes this offseason, and both look to make a big jump in their career. Both have been solid starting backs for their previous teams, but they never showed that they could be a dependable back for years to come.

Jordan Howard came into this league hot, with his first two seasons looking like he could be the next big thing. But after that, he started to see fewer touches and was traded to the Eagles. Now on the Dolphins, Howard looks to revitalize his workload from his rookie year. For fantasy purposes, Howard could easily see 150+ carries this year and is expected to get most of the goal-line work, which is a huge bonus. Howard is ranked in the low 40’s for running backs this year, making him a possible value draft pick.

Matt Breida was an undrafted free agent in 2017 who signed with the 49ers. A true speed back, Breida had a great 2nd year and looked to possibly be the main guy in San Francisco. Averaging 5.2 Y/A that year, Breida got a lot of big runs, but his inability to find the endzone kept his stock down. With the Dolphins, Breida could also possibly see up to 140 carriers, depending on if he can keep up his outstanding Y/A with a weaker offensive line. Breida is ranked in the low 30’s this year for running backs, meaning he has the potential to be great, but the workload is still uncertain.

The Dolphins have their #1 receiver figured out, Devante Parker, but when it comes to who will be the #2 or even #3, that is where the questions are. It is important to consider the impact this core will have based on who will be their QB. With a veteran like Fitzpatrick, chemistry and numbers should be elevated compared to playing with a rookie QB.

After being a 1st round pick in 2015, the first four years of Parker’s career saw a lot of ups and downs. Last year, he broke out as a true star even with having a below-average QB. Parker should continue this trend and look to have another 1,000+ yard season. Although he has never reached double-digit touchdowns in one season, this could be the year where Parker makes it happen. There will be volume coming his way, and that is why I think he can finish higher than his low 30’s WR ranking.

Williams looks to possibly take a big step in 2020 as his workload is expected to increase. The undrafted, 6’ 5” WR, had a decent rookie year and showed he has what it takes to be a part of the receiver rotation. Targeted 60 times, but seeing just 38% of all offensive snaps, Williams was a good option for Fitzpatrick. This looks to continue in 2020 as the 22-year-old WR develops into a reliable option. Ranked in the late 50’s for WR rankings, Williams could be a solid buy if he falls far in a startup draft.

After five seasons in Kansas City, Wilson’s first year in Miami was uneventful, to say the least. With only 351 yards in 2019, there are questions whether Wilson can become the true #2 for the Dolphins. His Y/Tgt was the lowest on the team of all WR at 5.7, which suggests that Wilson handles the short passing game. At his age, 27, Wilson is a questionable pick in any draft, but his veteran experience could be a nice boost if Tua sees the field this year.

In 2015, Hurns looked like the next star WR as he excelled in many areas on the field. Nowadays, many do not know what to think of him, and some even believe he could be cut before the season starts. Hurns is another WR, to go along with Albert Wilson, who could be a good pick up after your draft because of the potential of possible volume.

Mike Gesicki took a big step in 2019 finishing as TE12 in PPR. The 6’ 6” TE looks to be the starter in Miami for years to come. Seeing 65% of offensive snaps in 2019, this number will only increase in 2020 as the depth at TE for the Dolphins remains weak. As the WR group will need time to come to full form, the Dolphins have a solid TE who is dependable enough for an every-down role.

Baker turned into a tackle machine during his sophomore season. With 126 total tackles in 2019, Baker looks to continue his solid production, which leads to big IDP numbers weekly. Forcing two fumbles last year and adding an interception leads many to believe that this LB can be a star for years to come, on the field, and in dynasty leagues.

Like many of his teammates, a former Patriot, Rowe spent his first year in Miami being a stat machine. Racking up 81 tackles in 2019, a 71 tackle improvement from 2018, Rowe spends lots of time in the box looking to make a play. He will continue to be a lesser-known option for dynasty teams at safety. Adding eight pass deflections in 2019 as well makes Rowe a solid player for at least a few more years.

After an outstanding rookie year in 2018, McMillan took a step down in 2019 as Jerome Baker stole the spotlight. McMillan can still be a solid option for Miami as with enough workload, McMillan can reach 100+ tackles with ease this upcoming year. The 23-year-old is a great run stopper, but his pass coverage abilities remain questionable.

As Van Noy plans to join his 3rd team, the Dolphins made sure to get him in free agency to be their veteran leader. Van Noy has a connection with coach Brian Flores and looks to be the rock in the defense. Van Noy is on the older side, at 29 years of age, but he can put up a few more seasons of solid production. He looks to build on his 56 tackles and 6.5 sacks from 2019.

After not having a successful 2019, it is fair to say the Miami Dolphins made lots of significant changes. Strengthening their defense with tons of free-agent signings and adding two starting-caliber running backs gives this team a chance to make big improvements in 2020. Although it is unlikely to see 1st round pick Tua Tagovailoa in 2020, he is a must draft because of his high potential in future years. This Dolphins team is far from being a contender, but coach Brian Flores and his staff have this team going in the right direction.

Are you a #NerdHerd member yet? For just $2.99/month, you get access to rankings, extra podcasts, the buy/sell tool, and more on the way. Find me on Twitter @PSMurovannyy