Fantasy Impact: 49ers, Dolphins, and Eagles making moves early in the 1st round

The NFL Draft is already starting to heat up. @Culture_Coach takes a look at how todays trades could impact dynasty drafts. 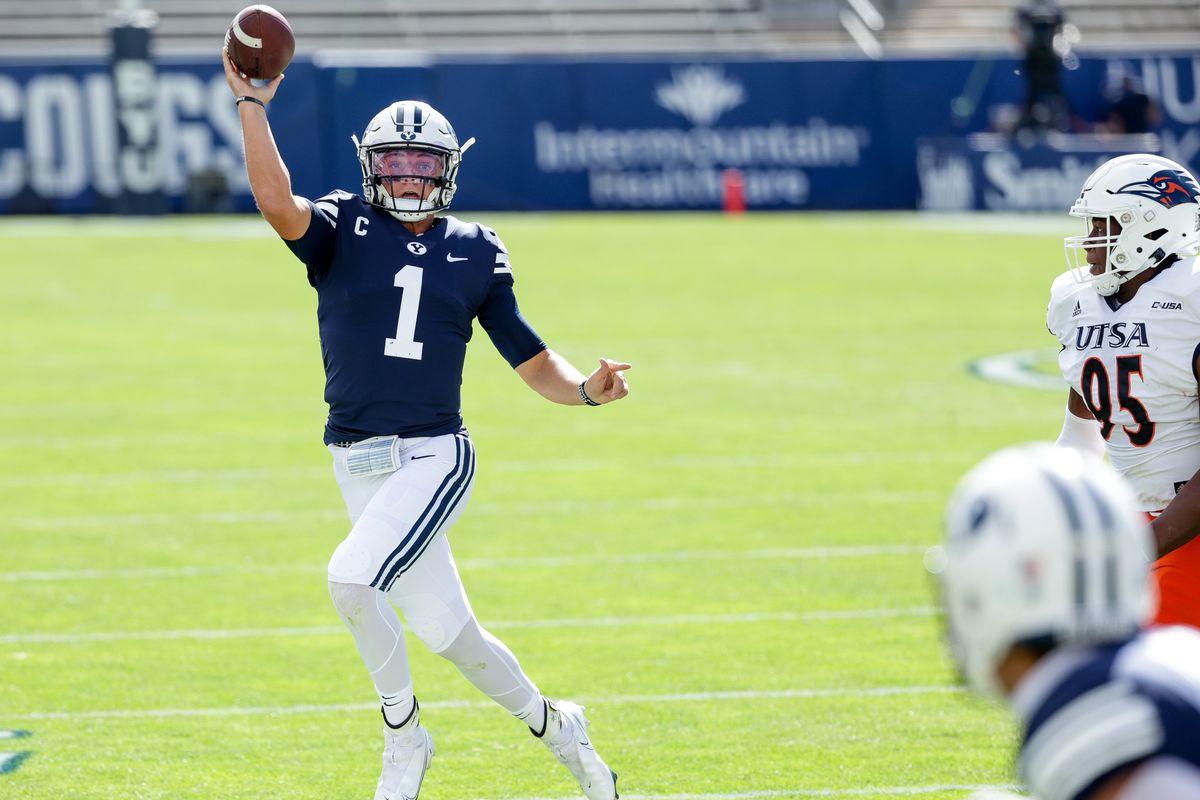 We are just under five weeks away from the NFL Draft. Pro days are in full swing, metrics are being crunched, and the film is being watched. Dynasty managers are wrapping up the last roster moves and setting their draft boards. And then, the Dolphins decide to shake up the top of the first round with not one but two trades.

There has been plenty of offseason speculation surrounding the Dolphins. Is Tua the guy? Would they trade for Deshaun Watson? How would it affect our fantasy teams? And then Friday, March 26, happened.

At 1:04 pm, Adam Schefter reported and Cameron Wolfe and Ian Rapoport confirmed, the Dolphins had traded pick 3 for pick 12, 2022 third, a 2022, and 2023 first-round picks. Then as heads were reeling and analysts were trying to sort out both the NFL and fantasy implications, the Dolphins did it again. 30 minutes later, again from Schefter, Miami sent pick 12, 123, and a 2022 first to Philadelphia for pick 6 and 156.

What does that mean for fantasy? Let’s take a look.

We are all high after watching Wilson light it up during his pro day workout today. Wilson looked smooth and fluid, threw the ball with accuracy to all levels of the field, and looks to have ensured he will not be available when the Niners pick at 3. Wilson will likely be going to the Jets at #2.

Has anyone seemed to fall down a draft board faster? Justin Fields has been playing second fiddle to someone since coming out of high school. First, it was Trevor Lawrence as a recruit. Then, inexplicably to Jake Fromm at Georgia. After transferring to Ohio State and breaking out, he was back as the #2 guy behind Lawrence. Now with the meteoric rise of Wilson, Fields finds himself getting pushed down boards again.

A big, athletic, strong-armed quarterback who displayed next-level toughness in the 2020 playoff push, Fields just keeps getting overlooked. Fields checks in at QB2 in this draft for me. The 49ers have come out and said Jimmy G is their quarterback this season, That might be so, however, whichever QB the Niners take, and they are taking one, will likely be starting by season’s end.

The small school guy with all of the tools. Lance has put some good tape out, but he has played a highly inferior schedule, including just one game in 2020. If I were a betting man, I would guess San Francisco has decided who they want between Fields and Lance. Whichever guy it is will surpass Garoppolo and finish the season.

The first thing I take away is that it reduces the chances that Miami trades for Watson should his legal issues get resolved. Yes, the Dolphins traded back up to pick number 6, but I will not be surprised if they are eyeing one of Penei Sewell, Ja’Marr Chase, or Kyle Pitts. Let’s look at what each one means for your fantasy team.

I know, I know, offensive tackles don’t score points, but they make it easier for others to score points. Adding Sewell to the offensive line will improve the protection for Tua Tagovailoa, allowing him time to take advantage of new weapon Will Fuller. Tua has elite accuracy and should be able to give Fuller, Devante Parker, and Mike Gesicki time to get open.

Myles Gaskin, Salvon Ahmed, and journeyman Malcolm Brown should find the lanes a little more open in the running game. The Dolphins ranked in the low 20’s in rush attempts, yards, yards per carry, and rushing first downs. I would expect improvements across the board. Miami also has picks 18, 35, and 50 in their quiver, so taking another running back in the draft is not out of the question.

Arguably the WR1 in this class. Chase has the size, speed, tape, analytics combo to please just about every analyst. A wide receiver group of Ja”Marr Chase, Devante Parker, Will Fuller, and tight end Mike Gesicki makes for a very explosive group. Could Tua support such a receiving group? The question will continue to be asked until we get a result.

In 2020, the Dolphins passing game was very similar to the Dolphins rushing game- meh. Ranking in the low twenties on most categories. Adding an explosive play-maker like Chase could be just what the doctor ordered to make Tua feel like he is back at Alabama.

But Dennis, the Dolphins already have Mike Gesicki. Yeah, so what about it. Kyle Pitts looks to be headed for a stratospheric ride to the top of the TE rankings. Pitts is a fluid runner, has great hands, and is a willing blocker. He presents as a very athletic tight end, unlike Gesicki, who seems more like an athlete playing tight end. Drafting Pitts plays to one of Tua’s biggest strengths- accuracy. Drop Pitts down the seam and watch the combo produce fantasy points.

Rumor has it the Eagles wanted Zach Wilson. When the Jets were a no-go as a trade partner, the move back to 12 made sense. The Eagles picked up future picks and moved to a position where they can give second-year quarterback Jalen Hurts some help. What might that help be?

Waddle will need to fall a few picks from his projection to be available at 12. If he does fall, the Eagles should hop on that pick quickly. Waddle will bring the type of explosiveness that left with Desean Jackson, giving Hurts the type of weapon he had at Oklahoma with Marquise Brown.

Much like Waddle, Smith will need to likely fall to be available here. Despite his slim frame, Smith has shown some fight. I think he will be productive for fantasy, but health concerns, much like Jackson, will always be something to be aware of.

I get it. This would be a reach. Bateman has been moving up boards and would be a reach, but he could also provide the bigger, alpha wideout that this team is missing. Bateman would slide in at the top of the WR pecking order.

Much like Sewell to the Dolphins, this would be a move to keep Hurts upright. The Eagles offensive line fell apart in 2020. Jason Peters is a shell of himself, Jason Kelce is getting old, Brandon Brooks is coming off another injury, Andre Dillard has not lived up to expectations.

What do you think these trades pave the way for? Will there be more moves at the top of the draft? Things are starting to heat up, and it should be a wild ride leading up to our dynasty rookie drafts.