Bolt Up! The Los Angeles Chargers have found their new Head Coach and Offensive Coordinator. So, where do we go from here? 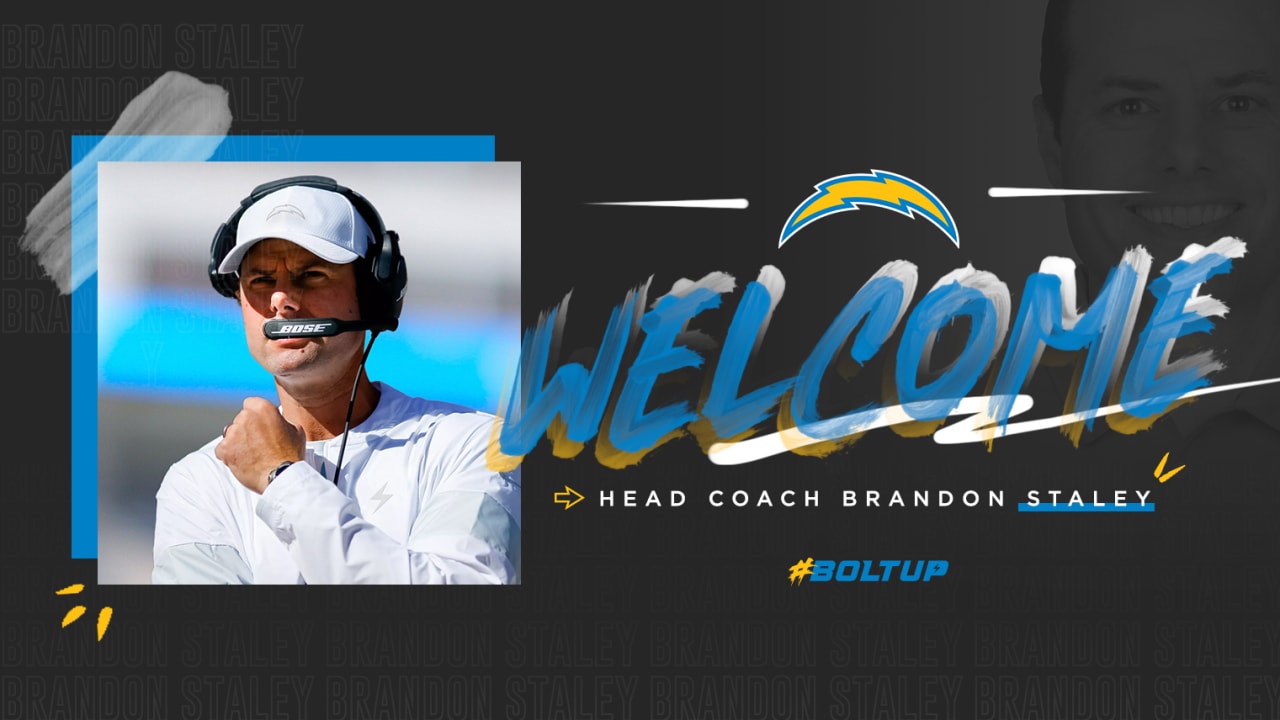 The Los Angeles Chargers have officially put the Anthony Lynn era to rest. It was an era lathered in heartbreak and questionable coaching decisions. For a few short days, Chargers fans rejoiced. Then came the announcement they had eagerly been waiting for. The Chargers tabbed Brandon Staley as the new head man.

Staley spent last season with the Los Angeles Rams as a first-time DC. He led the Rams defense transformation from a mediocre unit to one of the best in the league. The Rams defense finished first in points allowed and total yards allowed. Still, the move came as a shock to many. Sure, Staley had been getting heavy consideration around the league, but his inexperience plagued his resume, and rightfully so. Regardless, the Chargers have faith that he’s the person that’ll right the ship.

Staley got his start in the NFL with the Chicago Bears in 2017 by Bears DC, Vic Fangio. He came in as their Outside Linebackers Coach and stayed there for two years. Fangio wound up departing from Chicago to become the Denver Broncos HC. Staley followed Fangio and took over the same role he had with the Bears, on the Broncos staff. After one season with the Broncos, Staley was hired as the Rams DC, which brings us today.

With Staley’s lack of experience, it’s tough to predict what will come to be with the Chargers. However, his OC has a little adventure we can fall back on. That new OC is Joe Lombardi, long-time New Orleans Saints assistant, who has called plays once before. Lombardi will be tasked with furthering QB Justin Herberts’ development. However, his hiring impacts a lot more than just Herbert, so let’s get into it.

Everyone Deserves a Second Chance

While Lombardi has spent most of his coaching days with HC Sean Payton and the Saints, he has some play-calling experience to fall back on. In 2014, ex-HC Jim Caldwell brought in Lombardi as a first time play-caller for the Detroit Lions. The experience was short-lived as he was let go after a 1-6 start in his second season as OC. I imagine what we see on Sundays in 2021 for the Chargers will look similar to that. Let’s examine what that means for the Chargers offensive pieces.

The task of utmost importance for Lombardi is Herbert’s continued ascension. Any drop off in performance or regression could spell doom for Lombardi quickly. As the OC with the Lions, Lombardi worked with All-Pro Matthew Stafford.

In his first and only full season as OC, Lombardi authored an offense with the 11th most pass-attempts and finished with the 12th most passing-yards. It’s the only time Stafford has ever been selected to the Pro-Bowl in his career. He completed 60.3% of his passes while posting over 4,200 passing yards. He averaged 7.1 yards per attempt as well. Lombardi continued to develop Stafford the next season before getting let go seven games into the season.

I’m intrigued by the hiring of Lombardi for Herbert. It’s not my favorite part of the hire, as we will get to that next, but it’s certainly interesting. It speaks volumes that Lombardi is the only OC in Stafford’s 12-year career to get him into a Pro-Bowl. It’s hard to imagine a world where Herbert Isn’t a top-six option at QB next season. This is a good hire that will continue to help develop Herbert into the star he can be.

The biggest takeaway from Lombardi’s previous stint as an OC is how involved the RB’s were in the passing game. In 2014, he fed receptions to the backfield. Three RBs accounted for over 150 targets of 590 total. If you’re wondering, that’s over 25% of the targets, which is insane. That percentage would’ve been one of the highest across the NFL last season. The full breakdown of targets given to the RB position is below.

That’s all great news for Austin Ekeler. Not only is pass-catching his specialty, but he was just given a massive contract extension last offseason to be an “offensive weapon.” Well, he’ll be an offensive weapon next season, without a doubt. Ekeler won’t be receiving anywhere close to 150+ targets like the three above combined. However, he could reasonably end up with 100 targets next season. It cements him as a guaranteed top-12 RB in PPR scoring formats next year for a guy of that caliber.

Not All is Well for the RB Position, Though

What the RB position received in targets is lost in rushing production. The biggest reason for Lombardi’s firing in Detroit was the team’s porous rushing attack. Now, a lot can be said about that. Some of the RB’s at his disposal (Reggie Bush and Theo Riddick) weren’t great in between the tackles, while the other (Joique Bell) was a plodding runner.

Still, it’s a sight for sore eyes. In 2014, the Lions rushing attack finished 25th in attempts and 28th in rushing yards. Not to mention, they only averaged 3.6 yards per carry; that was ranked 29th in the NFL that season. In 2015, they would’ve come close to those totals again had Lombardi been there a full-season.

That won’t temper my expectations for Ekeler. Instead, it makes me hesitant to jump on the second-option behind him next year.

Another key takeaway: Lombardi feeds his top WR’s. Once again, going back to 2014, he provided his top options. The Lions’ two starting WR’s that season, Calvin Johnson and Golden Tate, both registered over 120 targets. The former topped that number while missing three games to injury.

That bodes well for WR’s Keenan Allen and Mike Williams next season. They’ll be fed targets and should thrive. Allen should continue his ways and be a top-8 WR in PPR scoring formats next season. I also expect Williams to post good numbers as he can be a valuable deep threat and red zone option in this system. His production may be a bit sporadic, but he’ll be a useful WR3 in PPR leagues. All-in-all, things are looking up from an already proven, talented group of WRs.

Here’s Where Things Get Scary: Does Hunter Henry return?

The biggest negative to the hiring of Lombardi is that he doesn’t feature the TE much. During the 2014 season, the Lions starting TE was Eric Ebron. He only received 47 targets, while his backup, Brandon Pettigrew, had 15. That’s where the positives of targets given to the RB’s and WR’s catch up. It makes the future of the team’s TE position look grim.

The Chargers leading TE Hunter Henry is an unrestricted free agent this offseason. The two sides struggled to reach an agreement last offseason, which led to the Chargers franchising Henry. Talks have continued to go nowhere, and I fear that Henry will no longer be a Charger moving forward.

That leaves the team’s TE landscape looking quite bleak, but what does Lombardi care? He doesn’t utilize them much anyway. I expect Henry to depart and the Chargers to fill the void with a cheaper free agent option. It’s the one skill position I’ll be looking to avoid on the Chargers next season, and you should join me.

I believe the hiring of Staley as HC and Lombardi as OC is a good choice. The league has evolved, and the running game has become more of an afterthought than in 2014-15 when Lombardi got his first chance. The Chargers will sling the ball around the yard next season, and they have the pieces to fit Lombardi’s scheme.

As I said, this hire bodes well for Herbert, Ekeler, Allen, and Williams. They should all be fantasy relevant in 2021. However, that won’t be the case for whoever comes in as the team’s TE next season. If Henry winds up returning as the teams starting TE with a glamorous new contract, he’s someone I’d be avoiding.