As fantasy managers, we must always look to ways to increase our chances for a championship run. @ConbonNFL goes over a few players who are worth buying in all dynasty formats. 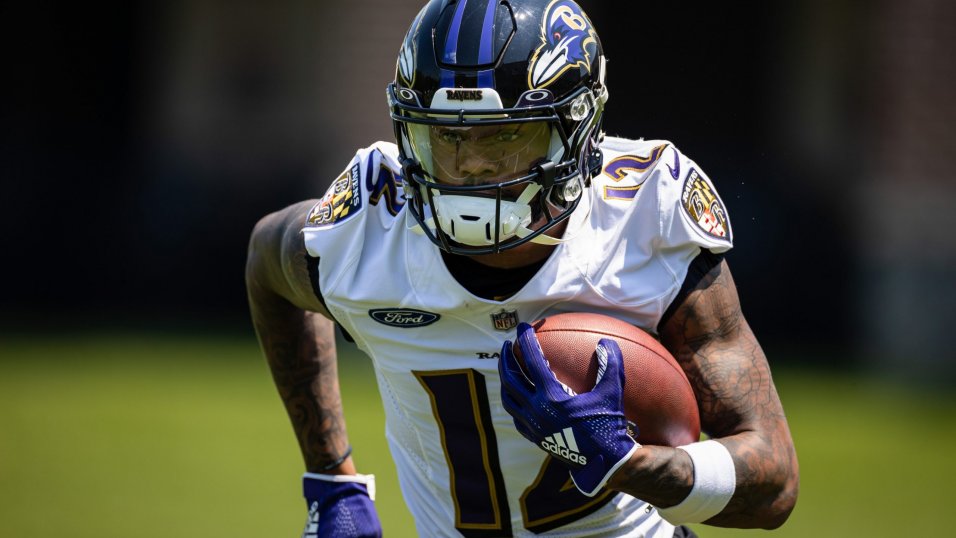 This fantasy football season has been a rollercoaster and it doesn’t seem like it’s going to slow down anytime soon. Now is the time to look at your rosters and see what players you need to acquire to take your roster to the next level and gear for a championship run. Today, I will be going over some of my favorite buys in dynasty and what you could package together to get them on your fantasy rosters.

Hopefully, you didn’t exit out of the article since I mentioned his name, but yes, I believe JuJu is a solid buy in dynasty. Things have not gone well for Juju in the past few years and now he is out for the remainder of the 2021 season. It’s almost certain that we have seen the last of Juju as a Steeler. He’s going to be a free agent this offseason and will look for a fresh start somewhere else. This is for the best as the Steelers are in a tough spot right now and a new team will give Juju a new opportunity to produce. He’s extremely cheap right now after not producing this year, which makes him a perfect buy-low candidate. You could probably package a 2022 3rd and a WR3/4 and that would be fair value.

Jeudy is coming back off the IR and you need to put offers out for him now. He’s yet to break out, but it’ll come sooner rather than later. He’s an elite route runner and those are the dynasty assets that are so valuable and you want them on your team. The QB situation in Denver is still not great, but Jeudy should still produce either way. He will continue to share targets with Courtland Sutton, but I believe Jeudy can be the alpha there. If you can trade a high-to-mid 2nd or a late first for Jeudy, I would jump on that. He’s going to break out this year, and you’re going to want him on your team when he does.

Bateman has been great since being activated off IR, and his value is going to keep increasing from here on out. He’s another player who excels in route running, and his route-running ability was on display against the Bengals. Bateman tied Marquis Brown in yards and made multiple long plays on the day. His snaps are increasing and will demand a significant target share in the Ravens offense. This is a good time to buy as he hasn’t exploded yet, but he will, and by then his asking price will be higher. I would try to ship a 2nd round pick and a young player for Bateman. A late 1st round pick could also get the job done if necessary.

Lance is going to take over the starting job at some point this season. The 49ers season is rapidly declining and Jimmy Garoppolo is not the answer to the 49ers season. Lance started two games this season and while he wasn’t great, he flashed potential. He tossed two touchdowns against the Seahawks and then he ran for 89 yards against the Cardinals. He has the rushing potential that we fantasy managers dream about. Jalen Hurts is a great example of what his upside could be. This is a great time to make some offers before he gets the starting job back and will become a viable cornerstone for your dynasty rosters. In Superflex leagues, you’ll most likely have to offer a solid QB plus some draft picks to acquire him.

I’m a major fan of Williams and what he has flashed so far this season. He’s an elite tackle-breaker and can break away for long runs. The only problem is that he is sharing snaps with Melvin Gordon. I don’t believe that will persist as the season progresses. If Williams keeps producing, I believe the Broncos have no choice but to get Javonte the ball more. His value isn’t close to where it’s going to be, so now is the time to make offers to acquire him. If you could acquire him for James Robinson or Chase Edmonds + a pick then I would do that in a heartbeat. You’re going to want to get on the Javonte Williams train before it leaves the station.

I listed some of my favorite buys in all dynasty formats and what you could package to acquire them. Now, not every trade is going to work. You’re going to need some do some research on your end, as well as negotiate with the other manager to get a deal done. I do believe these players are set to explode this season or next year at the latest. These players aren’t as expensive as they will be, so it’s best to try and acquire them now before their value rises.