Gage Bridgford (@GbridgfordNFL) takes a look at five receivers that could finish 2020 with the first WR1 seasons of their career. 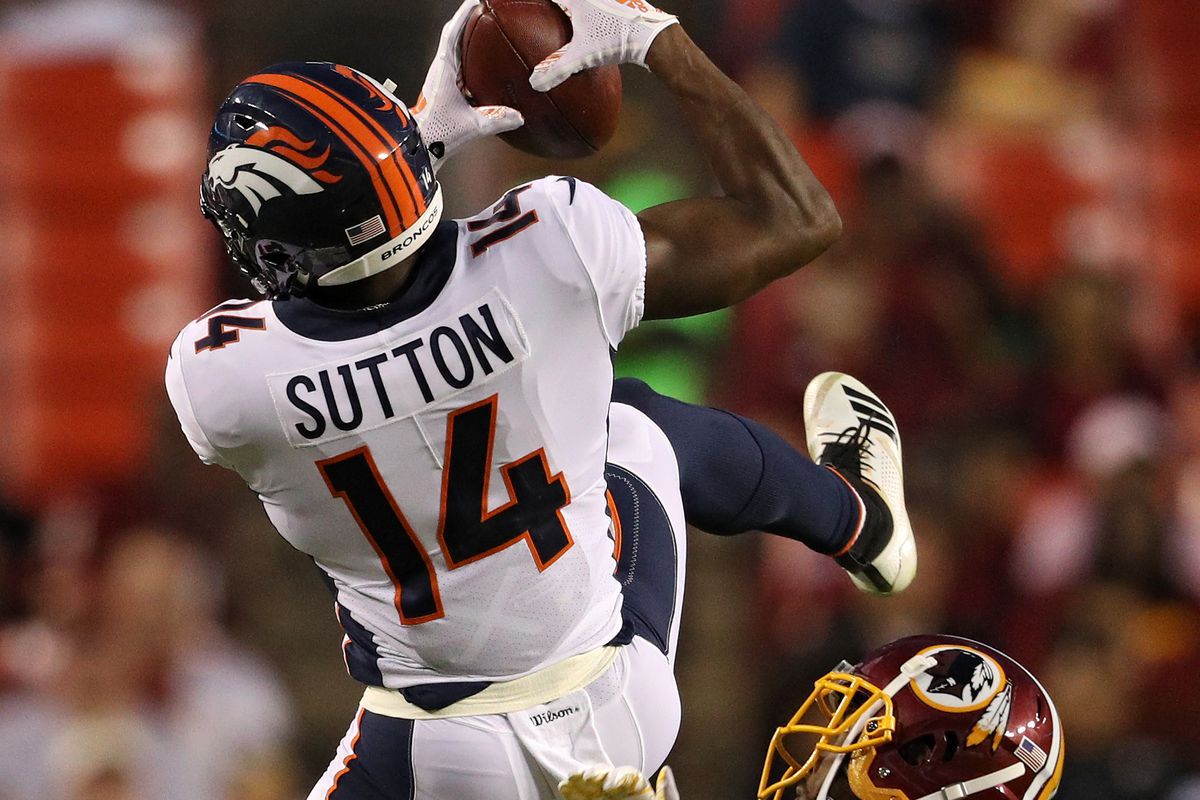 In 2019, six receivers finished with the first WR1 seasons of their careers. Chris Godwin, Cooper Kupp, Julian Edelman, Kenny Golladay, Amari Cooper, and DeVante Parker were all in the top 12 last season. Over 50 percent of the top wide receivers in football last season were up there for the first time, and we’re going to see new names at the end of this season. Those are the guys we’re looking at today.

Most of these names aren’t going to be a surprise to those of you that pay attention to the Dynasty Nerds team’s work, but we have to go more in-depth on these guys. WR is the absolute deepest position in fantasy this year. There are roughly 37 or 38 guys that could finish as WR2s or better, and that’s just among the guys that we have on our radar right now. Someone is going to have a crazy season out of nowhere.

Wide receivers are easy to predict for the top couple of guys, but you’re always going to be searching for that next tier of guys. Injuries make life impossible to predict, as evidenced by Tyreek Hill and Davante Adams dealing with issues that kept them from being WR1s despite consistently producing when they were on the field. It’s all guesswork, but these guys are some pretty educated guesses.

If it weren’t for a leg injury in Week 10 that slowed him down for a month, Tyler Lockett would not have qualified for this article. He was WR13 by less than three points. With that in mind, I think he is locked in a WR1 season as long as he remains healthy, heading into Year 6. He’s finished as a WR2 the past two years, and he’s still playing with one of the best quarterbacks in the game with Russell Wilson.

Despite only being 5’10” and 180 pounds, Lockett has shown a great ability to score touchdowns. He’s scored 19 touchdowns, including the playoffs, over the last two seasons. Touchdowns aren’t always a sticky stat, but Lockett can get to the end zone because he’s his team’s number one target. He was also second in the NFL in red-zone targets with 17. After D.K. Metcalf, the next receiver had just 47 targets on the year compared to Lockett’s 110. Target’s equal opportunity and opportunity is king.

Take a quick look at these two graphs. The majority of Wilson’s targets come in just short of five yards, and Lockett’s come at just over five yards. That’s not a coincidence. Lockett is the safety net at wide receiver that Wilson looks towards when nothing else is open. As long as he remains healthy, I fully expect Lockett to complete his first WR1 campaign in 2020.

The D.J. Moore hype train rolls on. He’s a consensus top-10 wide receiver among the dynasty community, and it’s for a good reason. Through two seasons, he’s racked up just under 2,000 yards while doubling his touchdown total in Year 2, and he’s got a quarterback that’s going to be looking for a consistent number one option. Moore can be that guy simply because Curtis Samuel and Robby Anderson don’t operate as close to the line of scrimmage.

For his career, Teddy Bridgewater’s average depth of target is just 6.8 yards. He’s never been one to push it down the field, although he did average a career-best of 7.5 yards last season. Despite that, that’s still roughly half of either Samuel or Anderson. Meanwhile, Moore had an average depth of target just over 11 yards last season. He does his work where Bridgewater already operates.

Like Lockett, Moore finished as a WR2 last season as WR16, and he was less than seven points from that coveted WR1 label. Bridgewater is an upgrade over Kyle Allen and Will Grier, and I’m expecting some regression in Christian McCaffrey’s workload this season. That work is going to have to go somewhere, and Moore is a pretty safe bet. He’s going to cost you a pretty penny, but the payoff will be worth it.

We have back-to-back DJs on today’s list, and they’re both outstanding representations of the 2018 draft class. After a rookie season that saw him produce next to nothing, he became a star overnight in 2019. In 15 games, he had 73 receptions for 1008 yards and eight touchdowns. If it weren’t for an injury slowing him down to just 15 games played, those numbers would have been even better.

In the four games, which was really two, that Nick Foles was the quarterback last season. Chark averaged 17.62 PPR points per game, but two outlandish games altered that in the middle. With Gardner Minshew under center in the other 11 games, he was his team’s top target. He averaged the most receptions and targets among all pass-catchers while other stats were weighed down by a larger sample. Minshew, in his second season, should be even more comfortable heading into year two.

Chark was just a few spots out of being a WR1 last year, and he’s going to move forward in his next season with a better offensive coordinator in Jay Gruden. Chark is a very reliable target as well. He caught 61.9 percent of his passes, and that number was weighed down by a few down performances. In seven of 15 games, he caught over 70 percent of his passes. Each of those games had four or more targets. When he’s being featured, he’s coming down with those opportunities a lot of those times.

Our final subject for today has been the darling of fantasy football this offseason. Last season, he was being drafted in the late fifth round. After a strong WR2 campaign, Sutton is going in the middle of the second. He’s ranked as a top 15 wide receiver at worst with some analysts having him in their top 10. If Drew Lock takes a step forward this year, Sutton is a near-lock for WR1 status.

Sutton and Lock played just five games together last season right near the end of the year, and we only got a taste of what could be. In four out of the five games, he was targeted seven or more times. After waiting nearly all season to put Lock into the lineup, head coach Vic Fangio was still nervous about letting him really open up the offense. In Year 2, we should see Sutton heavily featured as Lock’s top option.

At 6’4” & 216 pounds, Sutton has the size to be the true top target. Teams won’t be able to send all of their coverage in his direction after Denver spent all offseason adding weapons via the draft and free agency. This season will come down to Lock’s growth for Sutton. As Lock ascends, Sutton will be ascending with him to claim one of those top 12 WR spots.

You can make an argument about a lot of players finishing with their first WR1 campaigns. A lot of people are championing Calvin Ridley this offseason, and he has a good case for himself. I think these guys have a more clear path to success in 2021. Agree with me? Great. Disagree? Come tell me on @GBridgfordNFL.