Five Guys: Running Backs with the Most Riding on Draft Day 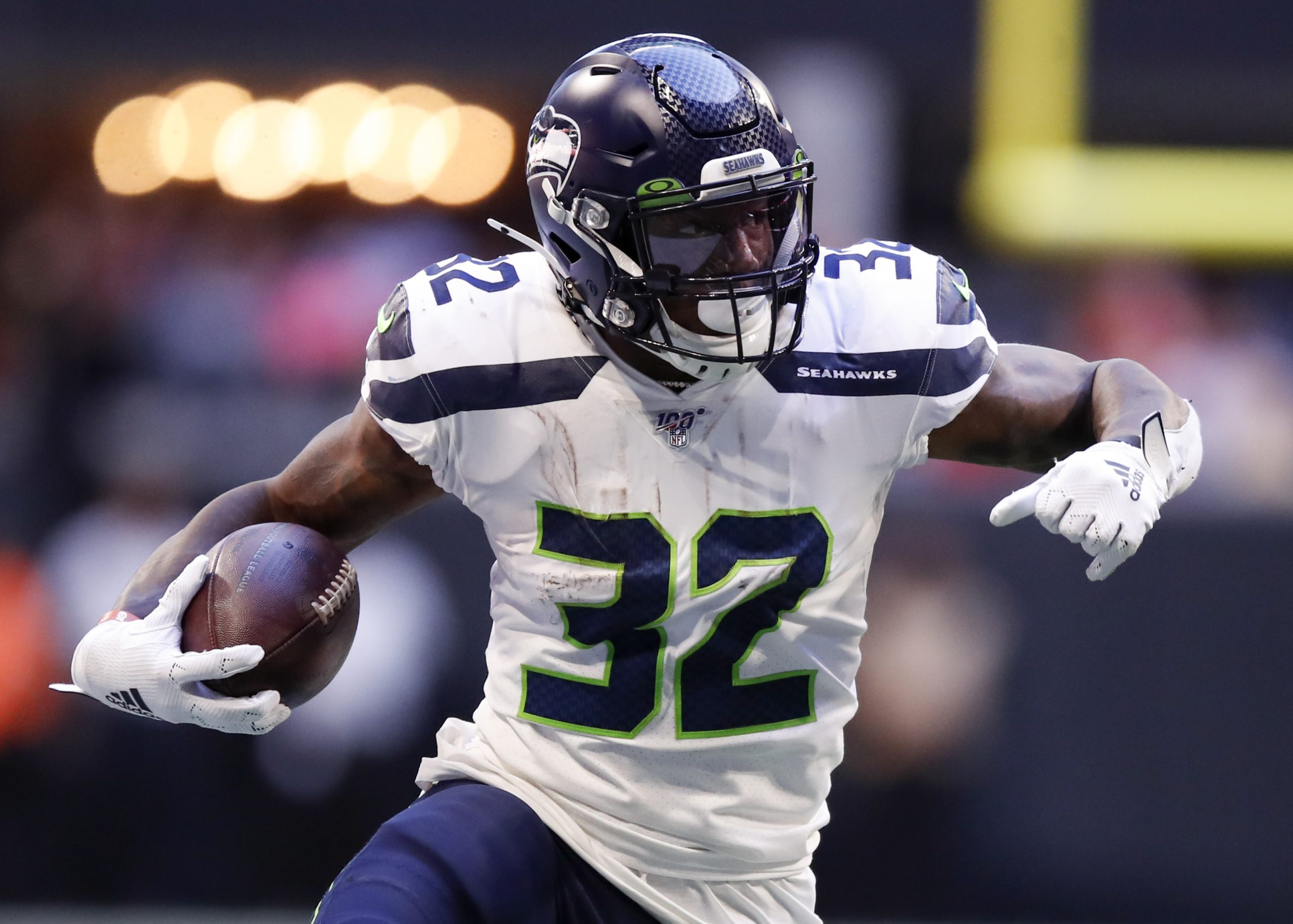 It’s a tale as old as time. A skill player is poised for something in an upcoming season, but the team selects his replacement in the NFL Draft. After all, it’s something we witnessed take place with RB’s Marlon Mack and Kerryon Johnson last year when their respective teams drafted RB’s Jonathan Taylor and D’Andre Swift. That’s the way of life in the NFL.

Teams aren’t obligated to sit and wait for a player to reach their supposed potential. However, they are compelled to make their team better and fill a need, or else it’s their head. For the two cases above, the writing was on the wall. Mack and Johnson have a record of injuries as long as the naughty or nice list. That’s not the sole reason for a replacement, though. There are a plethora of reasons that skill position players, or players in general, are replaced. It could happen to a player because of their performance, scheme fit, or off-field issues.

No matter what it is, it’s our job in dynasty leagues to identify players who could be replaced. Leading up to the draft, I’ll be releasing a three-part series listing five running backs, tight ends, and wide receivers that have the most to gain or lose in the 2021 NFL Draft. The first of which you’re reading. Without further ado, here are five running backs with the most riding on the NFL Draft.

I feel this one’s obvious. RB James Robinson performed well for the dreaded Jacksonville Jaguars in 2020. For much of the season, many thought he played better than any other rookie running back. Still, Robinson joined the Jaguars as an undrafted free agent. They aren’t invested heavily into him with draft capital or money.

If the Jaguars feel as though there’s a better option available in the draft, there’s nothing to stop them from taking him. The team recently signed Carlos Hyde to a one-year contract, which I view as a depth signing. However, back in March, general manager Trent Baalke said, “We have to add some explosiveness to that room as well, and we have to be able to take some of the carries off of James.”

That quote seems to have floated a bit under the radar in fantasy circles as no one seems to mention it. The Jaguars won’t be drafting someone to replace Robinson. However, they could be looking to add a running back to pair with him. For NFL standards, that’s good news as it’s just another weapon in the offense. There will be significant fantasy implications if that happens, though.

Robinson had an enormous workload last year as he received just under 300 total touches, which led to an RB1 season. If the Jaguars draft someone on Day one or two of the NFL Draft, I’d expect a significant dip in Robinsons’ fantasy value. As it stands now, he’s a middling RB1. However, if the Jaguars draft a running back early, he’ll be a low-end RB2. If you can sell Robinson to a contending team for a piece like TE Mark Andrews or WR Tee Higgins, do it. Otherwise, you’re better just holding on for dear life.

Miami Dolphins RB Myles Gaskin had a breakthrough last season. The Washington product had nearly four times as many carries in his second year as he did in his first. Gaskin’s reception total launched from 12 to 47 as well. His increased workload propelled him to an RB25 finish, which includes six missed games.

Much like last season, draft analysts project one of the top running backs from the class to join the Dolphins. Yet, everything has been pretty tight-lipped around Miami. Until it happens, I can’t predict the Dolphins going running back. With such a solid offensive line and wide receiver draft class (both areas of need for the Dolphins), I expect them to focus there.

If that were to be the case, Gaskin would enter 2021 as an RB2. I would offer a third-round pick to Gaskin owners before the draft, but you need to be a contending team. If the Dolphins do go with a high-end running back in the draft, you’ll at least have a top-tier handcuff.

At the start of the offseason, the Denver Broncos released RB Phillip Lindsay. As a result, RB Melvin Gordon is the lone player in the running back room. Royce Freeman and LeVante Bellamy are listed as second and third on the Broncos depth chart, but neither has shown themselves useful or effective in their limited snaps. Thus, I find it incredibly hard to believe the Broncos will enter 2021 with those guys holding down the fort behind Gordon.

The Broncos haven’t done anything to address the backfield in free agency; thus, an addition could be made through the draft. It could be that the Broncos draft a running back in round four or later on day three, but it’s also possible the team uses some of their higher draft capital on a running back.

That’s why Gordon has so much to lose come draft time. If he enters 2021, Gordon is a locked and loaded, top-tier RB2. However, if the Broncos spend high draft capital on a running back, he could be reduced to a measly RB3.

I currently believe the Broncos draft a running back, but it happens later in the draft. A name that fits alongside Gordon would be someone like running back prospect Michael Carter out of UNC. Carter’s projected to hear his name called late in day two-early day three. A name like that to the Broncos has me all-in on Gordon’s 2021 season. Either way, you should be holding onto him currently to see what happens now.

The Seattle Seahawks have already drafted a first-round running back over RB Chris Carson before. I’m not saying the team will invest that level of draft capital into a running back this year. However, drafting a running back is undoubtedly in the cards.

The Seahawks did just sign Carson to a lucrative extension, but the deal was only three years. It includes a void year that would technically make it a two-year contract. If the Seahawks were to draft a running back on day two, they could build a one-two punch with him and Carson. It would solidify the backfield for at least two seasons as well.

The addition seems like a no-brainer, especially when considering that head coach Pete Carroll said he wanted to run it more and run it better next year. I don’t see this being a matter of Carson being replaced. Instead, I see it as the team adding another weapon for Wilson and the Seahawks building a solid committee backfield.

The only reason Carson is on this list is that the addition of another running back would mean the writings on the wall for him. Carson is another guy I would say to monitor during the draft. Unless the Seahawks draft another first-round running back, hold onto Carson for this year with the idea of dumping him next.

This one will be a short, sweet analysis of RB Chase Edmunds. Sell him while you can. I once was a big fan of head coach Kliff Kingsbury’s system for running backs. However, I’ve seen the err in my ways.

The Arizona Cardinals’ offense was abysmal on the ground last year, and you can’t blame it on the running backs this time. Countless times, Kingsbury ran either RB Kenyan Drake or Edmunds up the middle. It was as if they were playing madden and just spamming the HB Dive play in Madden. Except, they weren’t playing Madden. As a result, the Cardinals would’ve had the second-worst rushing offense in the NFL if you took away Kyler Murrays 819 rushing yards.

There’s no chance that the Cardinals don’t draft a running back as they haven’t added to the position since Drake’s departure. I expect them to add someone, even if it is just a depth piece behind Edmunds Regardless, you need to sell him now; the clock is ticking.

Join Us Here at Dynasty Nerds!

Keep it here at Dynasty Nerds for all your dynasty fantasy football needs. From the Nerdherd to the DynastyGM, we have everything you need from up-to-date rankins, a trade calculator, and more. You also get access to our film room that will keep you current on all the 2021 NFL Draft prospects and beyond!

How Vegas win totals can give dynasty players an edge
The Nostradamus Draft: Can you see the future?