@TheHQNerd drops in with a quick recount of the best and worst rookie situations that went down over the weekend. 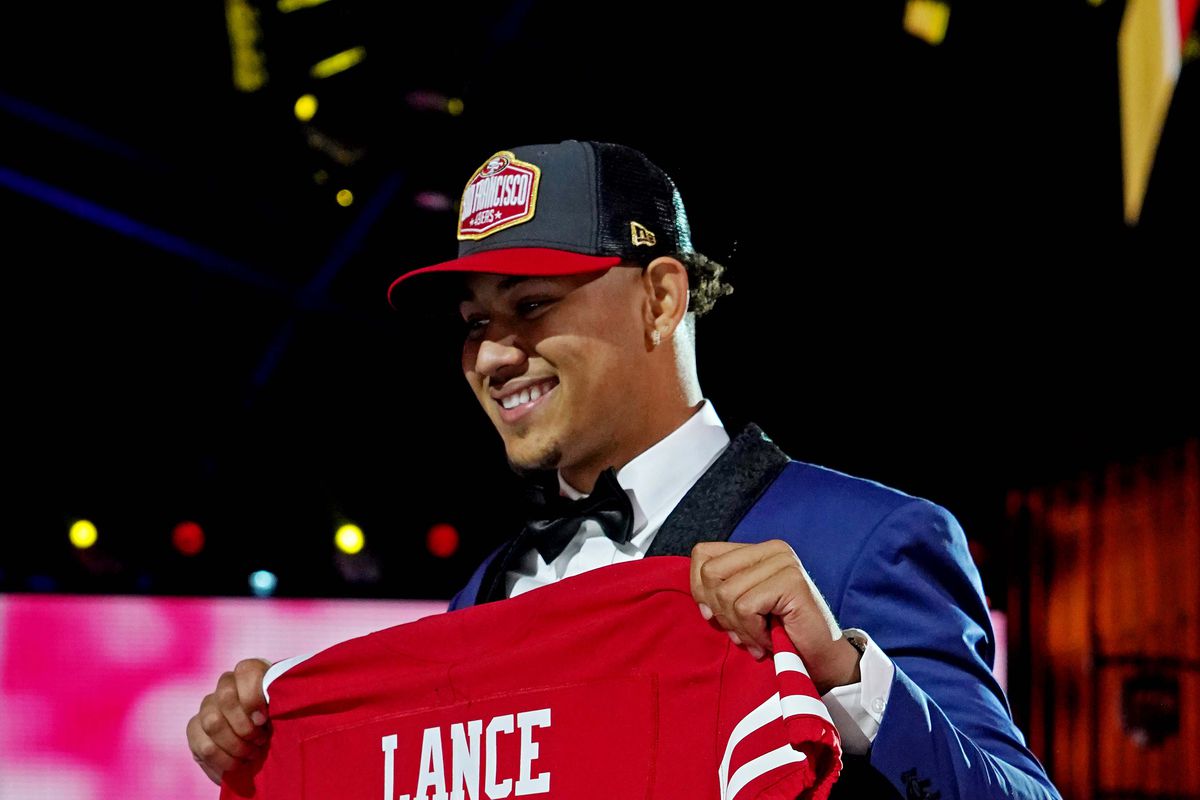 It’s hard to imagine any quarterback in the class who had their stock improve as much as Trey Lance did, landing with the San Francisco 49ers with the third overall pick. Kyle Shanahan has a long history of success with his quarterbacks. From Robert Griffin and Kirk Cousins in his Washington days to Matt Ryan and his MVP season in 2016 with the Falcons. Now Shanahan gets a whole new fun kind of toy in Trey Lance.

Not only is Lance one of the most talented QB’s in the class, he’s also one of the smartest. Whether or not he starts day one remains to be seen, but rest assure, Trey Lance will be making some noise on the west coast when he does. Trey Lance should be a lock for a top-five pick in rookie Superflex drafts with this new home.

Let’s keep it in the Bay Area with this next one, too, shall we? Trey Sermon goes pick 88 overall in the third round to one of the best running systems in the NFL. It’s certainly a crowded backfield with veteran Raheem Mostert and Jefferey Wilson Jr., but Mostert has had issues staying healthy, and Kyle Shanahan likes to work multiple running backs in often. The draft capital suggests Sermon will have a shot to compete for touches, they may not come in bunches early, but dynasty owners with a bit of patience may be rewarded handsomely eventually with Trey Sermon. Prepare to draft Sermon in the early second round of your rookie drafts and watch for his startup ADP to rise.

Fourth-round picks generally don’t excite me all that much, but Amon-Ra St Brown is one that moves the needle for me. The Lions are thin at wide receiver with the likes of Breshad Perriman, Quintez Cephus, and Tyrell Williams on the roster. I fully expect Amon-Ra to push for playing time immediately in Detroit. Amon Ra St Brown had to wait a little longer to get drafted, but in the end, it may all have been worth the wait.

It’s not easy saying anything positive about the Houston Texans organization right now. I get it. There are concerns at quarterback with Deshaun Watson. There’s uncertainty surrounding this team in general. If we look at their wide receiver room, though, we find room for opportunity. Brandin Cooks, Randall Cobb, and Keke Coutee don’t exactly scream murderers row at the position. Collins offers size and athleticism to the Texans and will have a shot to see the field early.

This one may come with a little bit of an asterisk with the fate of Aaron Rodgers up in the air, but for now, you have to love Amari Rodgers landing with Green Bay. He lands with a team that clearly has a need for his services. Rodgers can be lined up all over the field. I would expect him to work mainly in the slot. Rodgers could quickly become a fun security blanket in that Randall Cobb role for the Packers. He’s pro-ready and can contribute from day one. Amari Rodgers should be drafted in that late second or early third-round range now.

It’s never fun to see a consensus top-three back in a rookie class go to a place where a top ten fantasy running back from the year before resides. The draft capital was huge for Etienne, but it’s just such a muddy situation right now. He will have all the chances in the world to take over this job but don’t expect James Robinson to just hand it over to him. I’ve warmed up to this spot for Travis Etienne since Thursday night. Etienne can produce without a ton of volume. Bottom line, I’m not sure this offense will be efficient enough right away to support both Etienne and Robinson fantasy-wise, so Etienne’s dynasty stock gets dinged a little.

Kylin Hill plummeting all the way to the seventh round was a shocker. Having Aaron Jones and AJ Dillon on the depth chart at running back isn’t ideal for Hill’s chances for fantasy relevance. The Packers have a solid history of developing running backs. There may be a chance for Hill to see increased playing time down the road, but for now, it’s hard to see any opportunity for immediate touches. Sadly Kylin Hill has become just a deep dynasty stash.

This pick completely puzzled me. It was nice to see Atwell get round two draft Capital, something I certainly didn’t expect. The Rams have two really good wide receivers in Robert Woods and Cooper Kupp. They spent a second-round pick last year on Van Jefferson and signed Desean Jackson for a role similar to what you would expect out of Atwell. I think he can be a fun toy for Sean Mcvay and Matthew Stafford, but it’s hard to see consistent fantasy production coming from Tutu Atwell.

Seeing Seth Williams fall all the way to the sixth round in the draft was certainly a surprise. Beyond the wait, Williams landing with the Broncos is far from ideal. The Broncos are deep at the wide receiver position with Jerry Jeudy, Courtland Sutton, Tim Patrick, KJ Hamler, and company. There’s a chance he develops, and Sutton or Patrick moves on from the Broncos down the road, but Seth Williams dynasty value certainly went down.

This one really bummed me out. Tylan Wallace not only had to wait longer than expected being drafted in the fourth round, but he also went to a less than ideal situation with the Baltimore Ravens. The Ravens also selected Rashod Bateman in round one to help bolster their wide receiver room. Baltimore will love Wallace, and I think he will have a successful career as a pro, but I’m concerned about how relevant he will be fantasy-wise.