Time to grab that cabbage, that moolah, that scratch, that money. It’s championship week and @Tyler_Grez is here with the flex plays that pay. 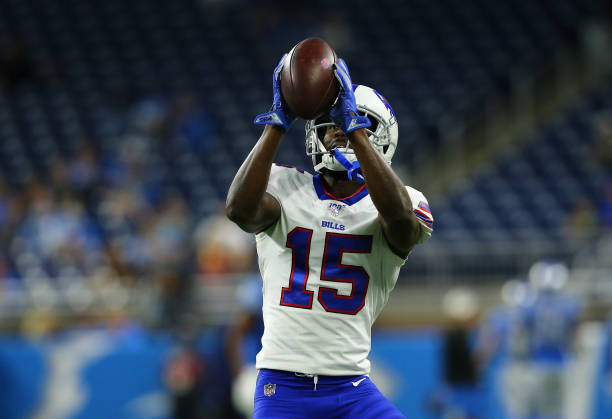 Manning and Shepard really seemed to find their stride last week. This week they draw a Washington team that is constantly shuffling guys around in their secondary. I like Shepard this week and I believe that he can duplicate his 11 target performance. The game should be close enough to keep both offenses pushing on all cylinders to score. I give the edge to the Giants who have simply been the better team as of late.

On the other side, I’m going back to old reliable. If you had told me that 34-year-old Adrian Peterson would be pushing his way into my FLEX spot come championship week, I would have laughed in your face. Yet, here we are. Peterson marches into week 16 of the NFL season with a favorable matchup and as the undisputed starting running back for his respective team. Peterson will offer a solid floor of about 10 points and a ceiling of about 20. Every lineup needs a little bit of stability and Peterson can offer that for you.

One thing that the Chiefs defense does well is defending the pass. That doesn’t mean, however, that they defend all facets of the pass well. There should be a favorable game script in tow for the Bears offense this week, meaning they will likely be playing from behind. Cohen is the only piece I’m playing with any kind of confidence this week. He should be able to accumulate enough targets and get enough separation from the Chiefs linebackers to have himself a decent day. Factor in the upside of a possible shootout or garbage time and that makes Cohen a fine FLEX play this week.

Fool me once, shame on you. Fool me twice, shame on me. I do not believe Brown will put up 2 solid performances in a row against the Patriots. I said to sit him the last time these two teams played and I’m doing it again. In terms of X’s and O’s and making adjustments for a second matchup of the season, I’m giving a strong, strong edge to Belichick. Brown has been great for most of the year and he’s earned the right to be strongly considered for a start. However, you might need a little more boom in your lineup than Brown is going to provide this week.

Samuel simply hasn’t been reliable and I don’t see that changing this week. So there’s no way I’m throwing Samuel into my lineups. He doesn’t provide much of a floor and his ceiling performances are too far and few between. The game with Indianapolis could get ugly early and therefore warrant Samuel’s services inept.