Hitting on the last spot in your starting lineup can make or break your week. @Tyler_Grez helps you decide who to put in and who to take out. 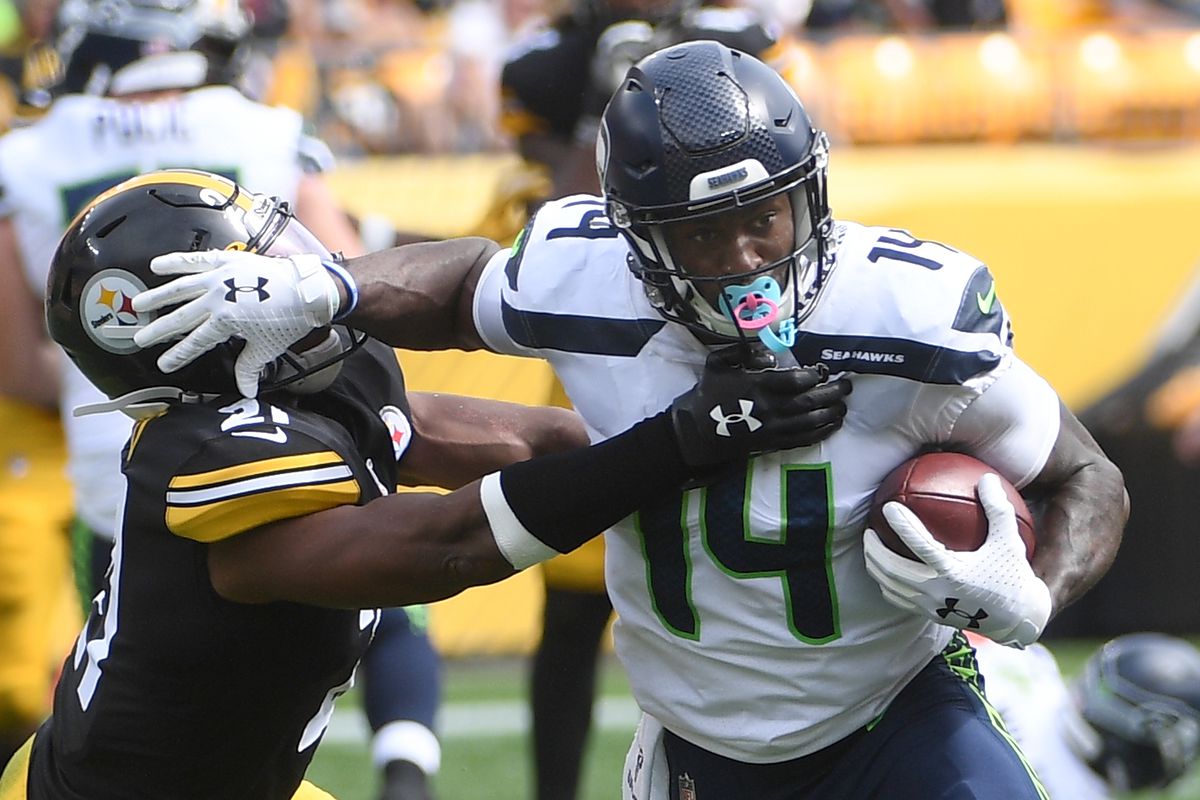 Hello Nerds! The DynastyNerds writers are here once again to provide you with your weekly starts and sits. We will be making our recommendations based on weekly consensus PPR rankings from FantasyPros. Here are the cast and the position groups they will be covering to help you win your week. Follow us, friend us, stalk us, whatever floats your boat.

I apologize ahead of time for the WR heavy FLEX discussion below, but, the RB group is such a weird, injury-filled, unpredictable group this week that it was hard to narrow down good or bad FLEX options.

Expect fellow Seahawk Tyler Lockett to receive a lot of star cornerback Marshon Lattimore’s attention this week. Overall, the Saints are the 6th best matchup for WRs through 2 weeks. Metcalf saw 6 targets in week 1 and 7 last week, both while recovering from a knee injury suffered in the preseason. With each passing week, Metcalf becomes healthier and his chemistry with Russell Wilson grows. I don’t believe the Saints have a corner that can physically match up with Metcalf, thus the rookie could be in for a big play or two.

Deebo is an interesting case. He was a 2nd round rookie pick in most dynasty formats and undrafted in most re-draft leagues. Samuel saw 88% of the snaps in week 1 leading all 49ers WRs. He only saw 40% of the snaps in week 2, but the game was a blowout from the start and no 49er WR saw more than 51% of the team’s snaps (Goodwin). Even in a “limited” workload, Samuel saw 7 targets and took advantage of the opportunity, finishing as a WR1 for the week. There is a case that can be made that Samuel is the 49ers WR1. Now, he’ll get a favorable matchup against Pittsburgh. I’ll be starting Samuel with confidence this week.

No Michael Gallup. A hobbled Amari Cooper (lingering foot injury). An abysmal Miami defense. All of these are reasons why you should feel good about starting Randall Cobb in your FLEX this week. One of the few bright spots on that Miami defense, Minkah Fitzpatrick, was shipped up to Pittsburgh this week. Fitzpatrick’s ability to shut down the slot was second to none in the league. Where has Cobb thrived the most during his NFL career? The slot. The Cowboys should be able to score and I expect Cobb to be a big part of it.

“Scary” Terry McLaurin has been a rising star in the early stages of the 2019 season. So, why am I telling you to sit him this week? McLaurin is still a rookie. He will face difficult matchups and he will struggle. Week 1, McLaurin was able to exploit what is slowly becoming a less and less scary Philadelphia defense. In week 2, McLaurin caught 5 of 9 targets for 62 yards and was able to supplement the day with a TD. The Bears’ defense is better than both the Cowboys and the Eagles and the Redskins offense will likely struggle. I’m fading McLaurin this week because of a bad matchup, but in dynasty, he remains a tremendous buy. Poor performance this week might help to put a damper on McLaurin’s soaring price tag.

The Broncos struggled mightily against the vaunted Bears defense last week. I don’t expect too much to change as the team makes their trip to Lambeau. This is a new look Packers defense both in the secondary and rushing the passer. Tackle Garrett Bolles struggled against Chicago’s quality pass rushers and I expect more of the same. Sutton managed 6 half PPR points vs the Bears and barring a TD, should be similar to what he’ll produce against a quality Green Bay secondary. Budding star Kevin King matches up well with Sutton and should give him a hard time on Sunday.

The Titans CB duo of Malcolm Butler and Logan Ryan will be the best that this Jacksonville has faced to this point. DJ Chark is also going to be at the mercy of Gardner Minshew. If Minshew shows up again, then Chark should be serviceable. However, as teams get more tape on Minshew they will begin to make adjustments. It’s only a matter of time before the rookie has his “welcome to the NFL” moment and you’re not going to want any part of that Jaguars offense when it does happen. Given this game is a Thursday night and Minshew will have minimal prep time, things could get ugly quick. The Jags defense was also able to shut down the potent Texans offense, so you’d have to believe they could slow down a lesser Titans one. I just don’t like the game script, opportunity, and all of the uncertainty enough to want to take a chance on this one. Fellow Dynasty Nerds teammate Erik Kortz believes in the blossoming Minshew/Chark bromance in Jacksonville, but I’ll pass on Chark this week.