Flex starts will be guys that are little deeper down the chart. @tyler_grez takes you through the tough decisions that can lead you to victory 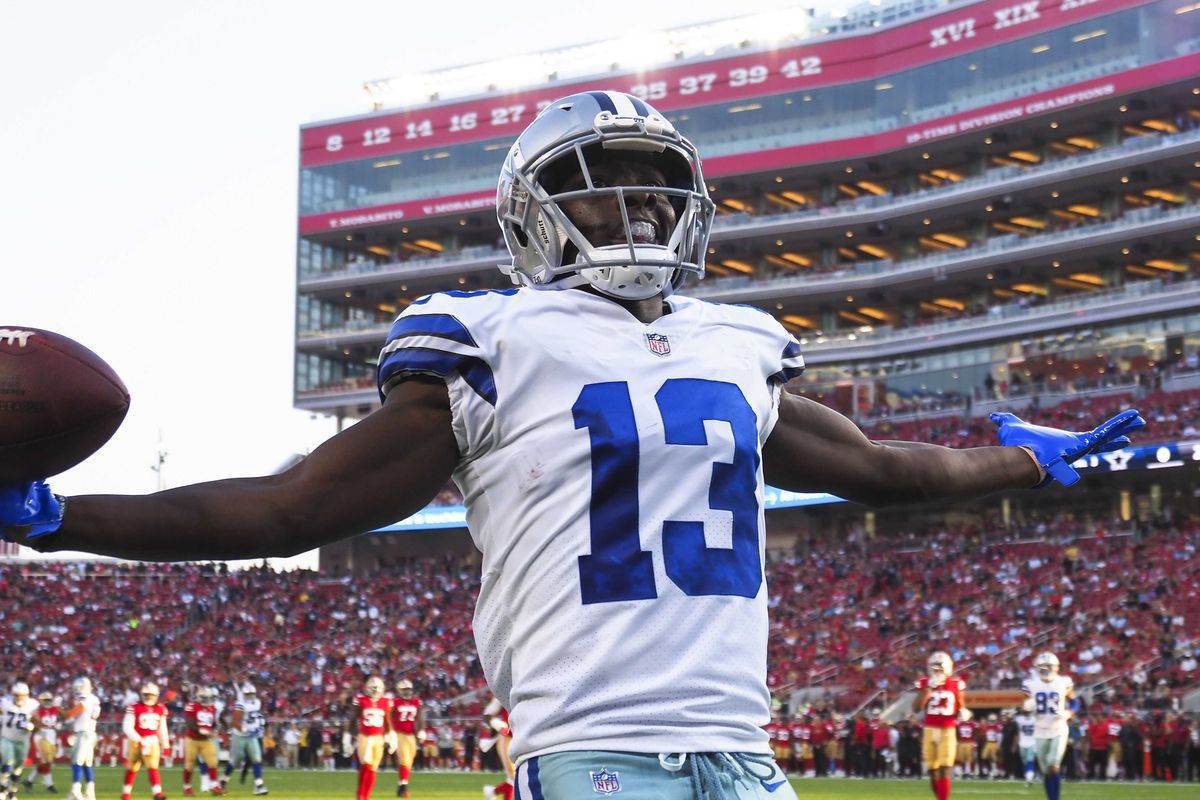 I had the pleasure of drawing the short straw and picking the hardest position of all: the FLEX. There are so many options and so many factors. But, don’t worry, I’ve got you covered.

Antonio Brown is no longer an Oakland Raider and Derek Carr was going to need a new primary target. He may have found it in Tyrell Williams. Williams’ 7 targets were second to only TE Darren Waller on the team and Williams showed that he could carry over the big-play ability that made him so dangerous with the Chargers. The Raiders are playing the Chiefs this week. The Raiders are not going to stop the Chiefs from putting up points. Oakland will need to respond. I’m putting my money on the well-paid free-agent acquisition with big-play ability to answer the call.

FLEX plays are difficult, yet arguably are the most important of your week to week decisions as a fantasy football team owner. They can win or lose you a week in the blink of an eye. That’s exactly how Gallup performed against the Giants week 1. Gallup was putting up chunk plays left and right, eventually accumulating 156 yards and reeling in all 7 targets. That’s a whopping 22.6 yards per reception. It began to show last year, but Gallup’s chemistry has reached full bloom. Dak legitimately appeared to be on another level with both Cooper and Gallup, proving that there’s room for both of them to be relevant in the new Kellen Moore offense. There is reasonable doubt as to whether Gallup can sustain that type of play, but with Amari Cooper drawing the attention of Josh Norman, Gallup should be in for another big day against a porous Washington defense that allowed multiple big plays to fellow deep threat Desean Jackson.

LeSean McCoy’s departure cleared the path for one of the biggest cult heroes of the 2019 offseason: Devin Singletary. Singletary took 70% of the team’s offensive snaps this past week with Gore only playing 28% and Yeldon with 3%. There are a few positive takeaways from this. The Bills were down almost the entire game, yet Singletary was getting the pass-catching reps, not Yeldon. Singletary finished with 6 targets. The rookie only carried the ball 4 times, but he did so for 70 yards. The flashes are there and they sure are bright. Now, Singletary gets the opportunity to face a Giants team that is projected as the 2nd easiest matchup for running backs this week (Fantasy Pros).

There are a number of reasons to sit Shepard and that’s before we even begin to consider the fact that is in the concussion protocol. If Shepard is ruled out, then my points are moot. Shepard hauled in 6 of 7 targets versus the vaunted Cowboys defense for only 42 yards. That’s not ideal. Maybe the offense is to blame or maybe it’s the caliber of the defense. Week 2 will be no different. The Giants find themselves facing another very good defense in the Buffalo Bills. Jamison Crowder had 14 receptions on 17 targets and didn’t even break 100 yards (99). The Bills have quality players on all levels of the defense and the Giants offense could be in for another poor showing. Oh yeah, we should also expect TreDavious White to be shadowing Shepard. Hard pass.

The Kyler Murray debut was a roller coaster ride. The first 3 quarters were very disappointing and to be quite honest, boring. But, then Murray took over in the 4th quarter and eventually led a comeback to force a tie with the Detroit Lions. Sitting Christian Kirk this week isn’t necessarily an indictment of Kirk or his role within the Cardinals offense. Both are great. It’s the matchup; I do not like the matchup versus Baltimore one bit. A veteran defense and defensive play-caller against a new offense still trying to figure things out with a rookie quarterback and head coach/play-caller? That’s a recipe for disaster. You might be able to get away with playing Murray this week, but I am not too confident playing anyone outside of David Johnson from the Arizona offense this week.

To be up-front, if you’re in a situation where you have to play Freeman this week then you’re probably not in the best spot, period. This Denver backfield is going up against a Chicago Bears defense that beat up a quality Green Bay offensive line and held Aaron Jones, a running back who has averaged 5.5 yards per carry to this point in their career, to a measly 3 yards per carry. Denver’s offensive line is still in the rebuilding stage. I also expect Chicago’s offense to get their act together and put up some points this week. That type of game script would call for Philip Lindsay as opposed to Freeman. There is just too much uncertainty for me to want to play Freeman this week.