Flexy and I Know It: Flex Start/Sit Week 16 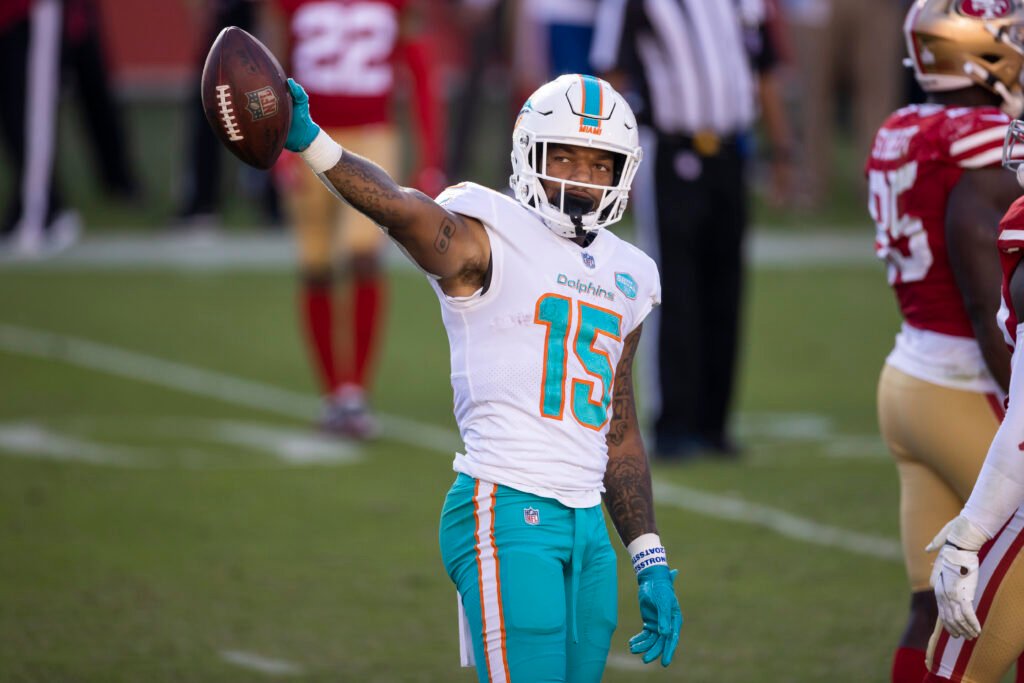 Week 15 was quite a week for me. Outside of WR D.J. Moore, all my start/ sit suggestions panned out. Even though RB Clyde Edwards-Helaire went down with a high ankle sprain mid-game, he performed well for your lineups before his exit. WR Rashard Higgins and RB Gus Edwards also performed admirably as both totaled more than 9.8 fantasy points in PPR scoring formats.

Outside of Moore, all my sit suggestions paid off for your teams. Moore almost put up a 20-burger. After being listed as questionable for the Pittsburgh Steelers Monday Night Football game, RB James Conner was a late scratch moments before kick-off. Hopefully, you heeded my advice and put him on your bench, so you didn’t have to hurry to find a replacement for him. Meanwhile, RB Todd Gurley didn’t even top more than five fantasy points in PPR formats. My good streak will continue with any luck, and I can help you win your championship matchup this week!

I thought Los Angeles Rams rookie RB Cam Akers was going to be a league winner in 2020. However, Akers suffered a high ankle sprain in the Rams loss last week and has already been ruled out for Week 16. Thus, starting RB responsibilities should fall on fellow Rams RB Darrell Henderson. Henderson has shown the ability to perform this year with a capacity to produce explosive plays on every touch. Not to mention, Henderson and the Rams have a decent matchup with the Seattle Seahawks, who allow the 14th most points to the RB position. All it takes is one play for you to be happy with Henderson!

Okay, so first things first. Lynn Bowden Jr. plays WR for the Miami Dolphins. However, on Fantasy Pros and other formats, he’s listed as an RB, which is where I would start him if you’re RB needy this week due to all the injuries. Then again, you’re here for flex-start options, and that’s what you’ll get with Bowden. In the past two games, the Dolphins have been looking to manufacture touches for Bowden, equating to 16 targets and two carries. Those were tough matchups as those teams (the Kansas City Chiefs and New England Patriots) are two of the five most challenging defenses for WRs to score against. So, fantasy points were tough to come by, and understandably so. However, that won’t be the case this week. The Dolphins will play the Las Vegas Raiders, who allow the tenth most points to fantasy WRs. Just like with Henderson, it only takes one play for Bowden to make you happy.

Houston Texans WR Keke Coutee would’ve had one helluva week headlining many fantasy start/sit articles as he was feverishly close to having his second TD of the day on the Texans’ final drive of the game. Then, Coutee put the ball on the ground inside the five-yard line for his second fumble in as many weeks. Now, there’s some hesitancy regarding Coutee and whether you can trust him. However, I wouldn’t read much into it. The Texans have little to no weapons at WR outside of Coutee and Brandin Cooks. Also, the matchup is the best one he’s had since his revitalization in Week 13, so he will take advantage of his opportunities.

This week is a trap game for Dallas Cowboys WR CeeDee Lamb. On paper, this looks like a good matchup for Lamb and the Cowboys offense. However, that isn’t the case. While the Philadelphia Eagles’ season-long defensive numbers don’t look good, that’s changed in recent weeks since QB Jalen Hurts has been under center. You might feel the temptation to start him regardless of his blow-up game last week, so I’ll just remind you that when these two teams played last, Lamb only had five targets, four receptions, and 27 yards. Granted, QB Andy Dalton wasn’t under center for that one, but I still can’t bring myself to play Lamb this week when there are so much better options available.

I know what you’re thinking. Atlanta Falcons WR Russell Gage has had three good games, and fellow WR Julio Jones may be out again this week. Therefore, Gage should be played, right? False! The Falcons play the Chiefs in Week 16, who own the third toughest defense on opposing WRs, which makes this the toughest matchup he’s had since his return to relevancy in Week 11. With limited upside and a high potential to dud in a tough matchup, Gage is someone to avoid.

In recent weeks, Denver Broncos WR Tim Patrick had gained traction in the fantasy community. Some pegged him to be a must-start as he is Drew Locks number one WR. Those people then got slapped across the face last week with Patricks four targets, three catches, and 14 yards. It was a tough matchup with the Buffalo Bills defense, which allows the seventh least amount of fantasy points to WRs. So, it’s understandable that Patrick had some struggles. However, it’s not getting any easier this week. The Los Angeles Chargers rank right behind the Bills defense. Avoid Patrick once again this week.