Flexy and I Know It: Flex Start/Sit Week 3

See who you should be starting in your flex position(s) and who should be riding the pine for your team in week two of the NFL Season. 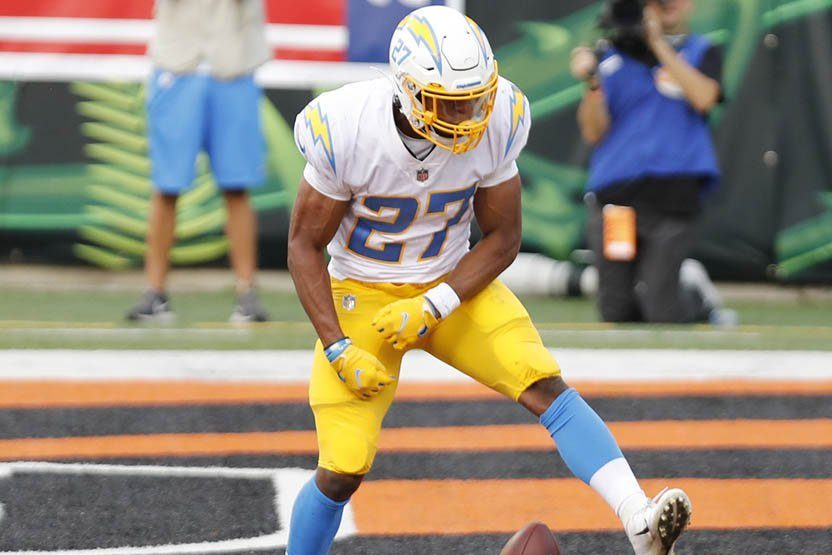 Last week was a little hit and miss for me as I advised you to start WR Mike Williams, WR CeeDee Lamb, and WR Parris Campbell. I also recommended you to sit RB Miles Sanders, RB Zack Moss, and WR Sammy Watkins. Lamb showed up and wound up being the only start decision of mine that panned out. Granted, Williams and Campbell had extenuating circumstances that caused them not to perform well, but that doesn’t matter. I hope you didn’t listen to me and wound up putting Miles Sanders in your lineup because I was wrong, big time. Hopefully, however, you didn’t start Moss or Watkins this week as neither performed well. Now, on to Week 3.

I’m going back to the well with this pick. Kelley shocked many fantasy owners in week one when he mixed in a lot with RB Austin Ekeler. He took a good amount of carries away from Ekeler and got some run on the goal line. In week two, that story was mostly the same. Now, I know that the Los Angelos Chargers game plan was thrown into flux when QB Tyrod Taylor couldn’t suit up minutes before the game, but Kelley still received 23 carries. This week Kelley and the Chargers will face the Carolina Panthers. The Panthers have the 19th ranked rushing defense and are currently giving up 4.8 Y/A (yards per attempt) to the opposition. With Herbert expected to start again in week three, you can confidently start Kelley this week.

Panthers RB Mike Davis will be taking over for Christian McCaffery as the teams starting RB in week three this week on the heels of McCaffery’s devastating high ankle sprain. The injury to McCaffery took place very late in the game, so we didn’t get to see much of Davis in the team’s starting role. However, we did see Davis accumulate eight targets in the game’s final few drives as the Panthers were trying to crawl back into the game. I expect the Panther to be down and be down big against the Chargers. Not to mention, they also own the 18th ranked rushing defense, so there is some hope Davis can do some damage on the ground and through the air. With all the injuries across the NFL, Davis will be a safe play in your flex spots this week.

In weeks one and two, I called my shot on a rookie breaking out, and I was right in both instances. In week three, I want to continue the trend with Jeudy. The Denver Broncos have been hit with the injury bug as fellow WR Courtland Sutton has been placed on IR this week while starting QB Drew Lock went down with a shoulder injury expected to sideline him two to six weeks. While the Lock injury does hurt Jeudy, QB Jeff Driskel isn’t totally incompetent under center, and, outside of TE Noah Fant, there’s no one else in Jeudy’s way. Against one of the tougher secondary’s last week with Driskel under center for most of the game, Jeudy racked up over 60 yards receiving on four receptions. He will have a lot of opportunities now that Sutton is out of the picture.

Also worth noting, the Broncos are playing the Tampa Bay Buccaneers this week. In their last matchup with the Panthers, the Buccaneers gave up over 100 yards receiving to Panthers WR’s Robby Anderson and D.J. Moore. Take a shot with Jeudy in your flex. He is a high-floor, high-upside play this week.

I don’t care how desperate you are this week, do not start Jones this week. In week two, it became clear that RB Leonard Fournette surpassed Jones on the Buccaneers depths chart. He was out carried and out targeted by Fournette. If it weren’t for his rushing TD, you would’ve been disappointed with him last week. This week the Buccaneers face off with the Broncos as mentioned previously. The Broncos currently have the 14th ranked rushing defense and are only allowing 4.3 Y/A to opposing backs. With Jones playing second fiddle, you can no longer afford to throw him in your lineups or give him any flex consideration.

Anderson has been stellar the past two weeks for the Panthers. He currently looks like the next success story of players who left HC Adam Gase behind. However, I expect that narrative to encounter a bit of a speed bump on Sunday. The Panthers are facing the Chargers in this week three showdown. The same Chargers team that limited QB Patrick Mahomes and the Kansas City Chiefs last week. If that pass defense can slow down that Chiefs offense, I want no part in the Panthers offense. If you have other players you’re considering with better matchups, throw them in over Anderson.

Monday night’s showing by Sanders was abysmal,  featuring two drops. Not to mention, something looked amiss with New Orleans Saints QB Drew Brees. Combine those two things, and you have a player I am more than willing to leave on my bench for the foreseeable future. If he wasn’t going to show up and perform in last week’s matchup with the Las Vegas Raiders when the team is missing WR Michael Thomas, why would week three be any different? Did I mention he only had three targets? Let that sink in for a second. I wouldn’t play Sanders if my life depended on it. Hopefully, he and Brees can connect this week and show some promise.

Week 2 Fantasy WAR Update: Why Aaron Jones is NOT the MVP Through Week 2
Changing the Call: Quarterback Start/Sits Week Three