Flexy and I Know It: Flex Start/Sit Week 4 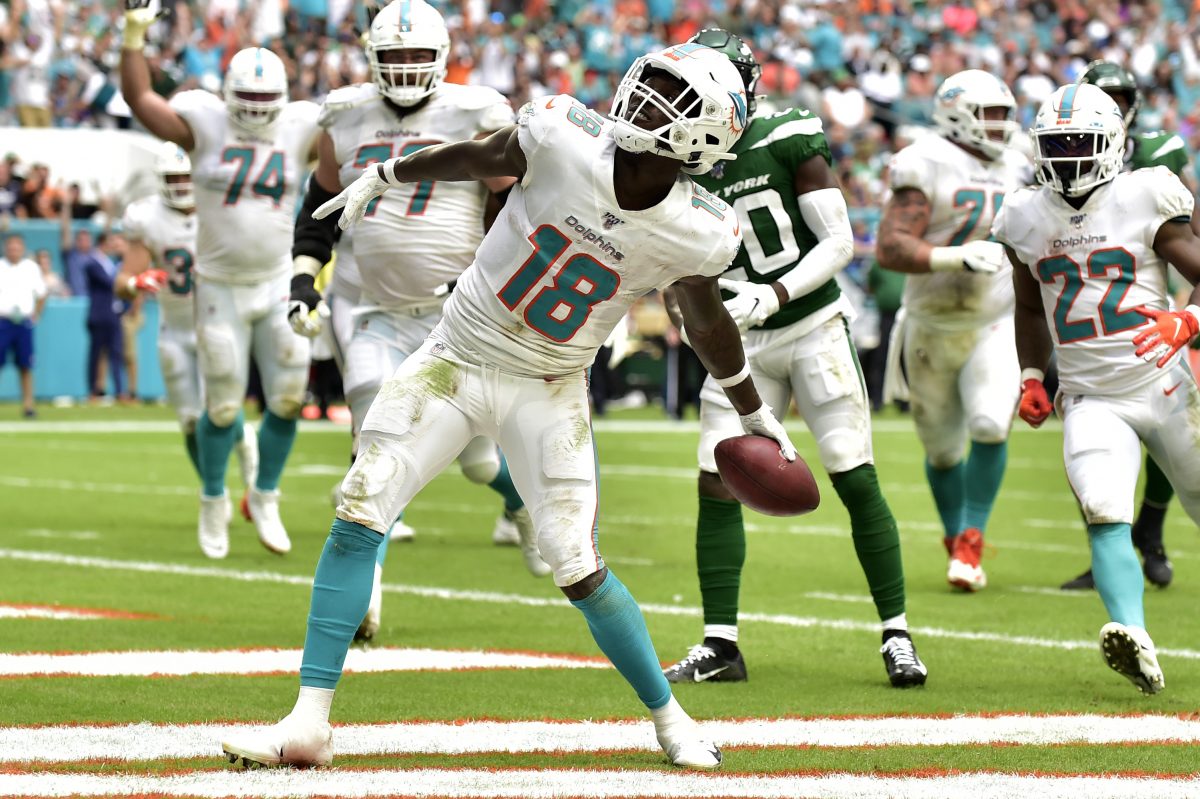 Admittedly, week three wasn’t my best week. All the players I recommended sitting (RB Ronald Jones, WR Robby Anderson, and WR Emmanuel Sanders) had an average to a good week. No single performance was spectacular among that group, but they all did enough to warrant a start last week.

As far as my starts from last week’s column, RB Mike Davis blew up with over 20 points in PPR leagues. My other two suggestions, RB Joshua Kelley and WR Jerry Jeudy, underperformed. Jeudy did have over ten points in PPR leagues. However, that’s less then what I expected. Meanwhile, Kelley barely managed to top five points. With last week in the rearview mirror, let’s get into week four’s flex-start/sits.

With the array of injuries ailing the RB position, many of you may need some help at the RB position. Look no further than Murray. This week, Murray and the New Orleans Saints will face the Detroit Lions. So far, the Lions have managed to give up the third-most rushing yards to opposing RBs. With Murray receiving more than ten carries in all but one game, you can feel safe about his volume. He will be a guaranteed RB2 or better this week.

This year, the Seattle Seahawks have been gashed by opposing WRs. Just look at Dallas Cowboys WR Cedrick Wilson’s performance against them last week. The Seahawks play the Miami Dolphins in week four, and I’ve never been more confident to play Williams. Before last week’s Thursday night outing versus the Jacksonville Jaguars, Williams notched over five targets and 80% of the snaps. I expect more of that opportunity from Williams in week four as the Dolphins will be engaged in a shootout, unlike the game against Jacksonville.

Only one other defense in the entire NFL is as bad as Seattle’s, and that’s the Atlanta Falcons. Atlanta’s defense has been torched through the air. Players like Chicago Bears WR Anthony Miller and others have blown up against them, making this a good matchup for Green Bay Packers WR MVS.

I know fellow Packers WR Davante Adams was close to playing last week with a hamstring injury, but ultimately missed the game. I expect him to suit up this week, but I’m still good playing MVS. He’s gotten at least four targets in every game with six and seven in weeks one and two, respectively. Last week featured a very negative game script for MVS. That won’t be the case this week as it should be a back and forth affair with Atlanta somehow letting the game slip away in the end like always.

Every Shenault truther out in the world thought last week was going to be his breakout week. It wasn’t, even though he got six targets and one carry. This week, Shenault and the Jaguars will play against the Cincinnati Bengals and their sixth-ranked passing defense. The only way I see Shenault being a fair play is if he breaks off a big play either through the ground or the air. Either way, it’s unlikely, and I’m not sure he gets enough volume to be valuable. Let him sit on your bench this week with a bad matchup.

I doubt many of you are starting Carolina Panthers WR Curtis Samuel, but I just wanted to make sure you don’t. He is currently the third WR on his team and hasn’t gotten more than five targets since the first week. Some analysts projected Samuel to take some of the carries that were lost when RB Christian McCaffrey went down to injury. That wasn’t the case as he only had four carries. With limited touches and just an okay matchup with the Eagles, I’m placing Samuel on my bench this week.

This a two-for-one right here. Listen, I don’t know who is the lead RB on the Tampa Bay Buccaneers. All I know is that these two are essentially splitting carries on a team that doesn’t run much, and neither are getting the pass-catching work as those duties fall on RB LeSean McCoy’s shoulders. I know Fournette is a little banged up, and his status for the game is in doubt. If he suits up, save yourself the headache and put them on your bench. However, Jones could be a decent play with Fournette on the sideline.