Flexy and I Know It: Flex Start/Sit Week 6 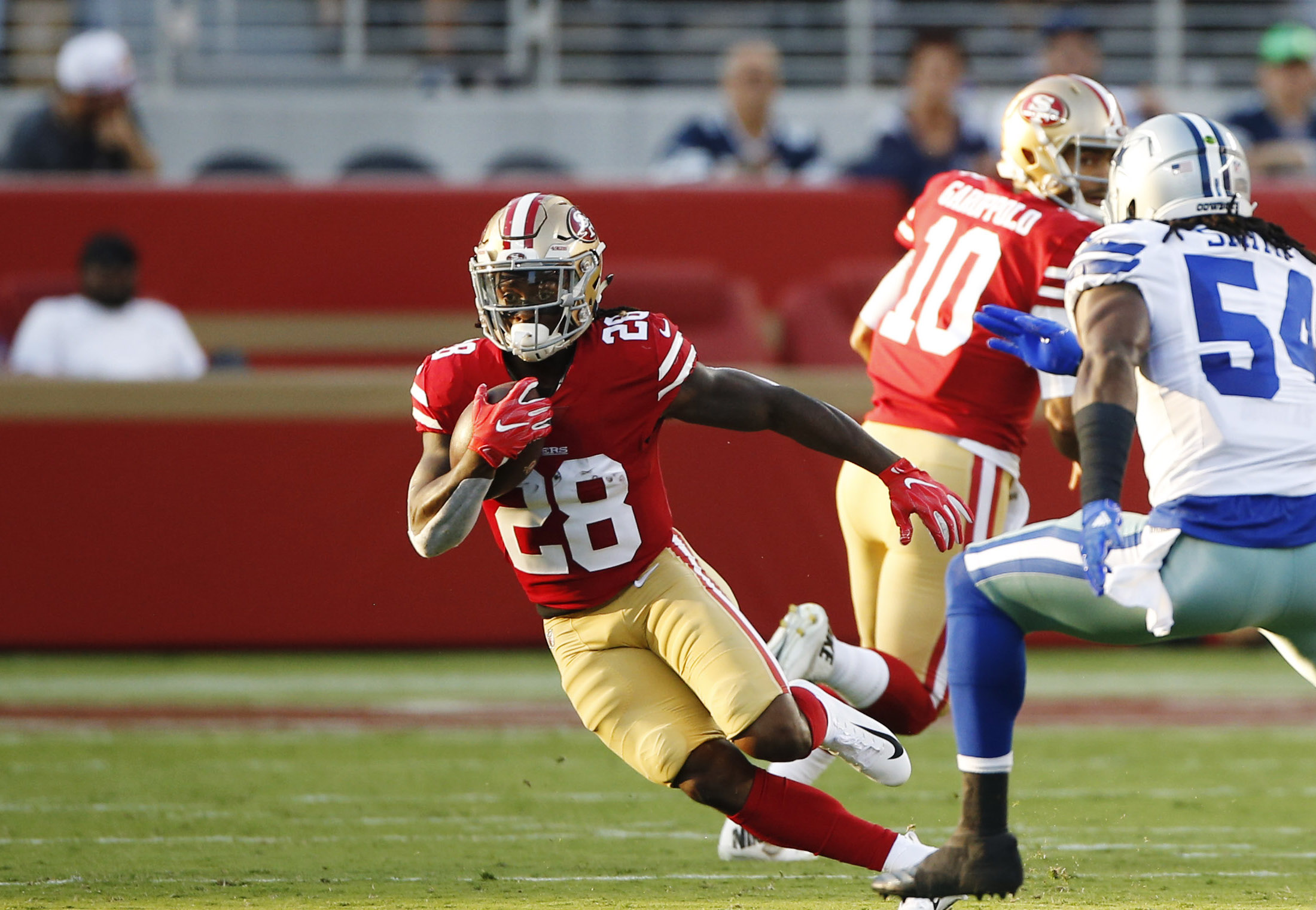 In Week 5’s flex-start/sit column, I hit on WR Tee Higgins and RB Devonta Freeman being starts as they both topped ten points in PPR formats. However, I missed on Deebo Samuel as a start as he failed to top five points. Hopefully, you sat WR N’Keal Harry like I said because he put up zero points. I will not acknowledge the fact that the game was postponed. One of my other sit recommendations, RB D’Ernest Johnson, struggled against the vaunted Indianapolis Colts defense, while WR Brandin Cooks decided to torch the competition on Sunday. That effectively made my recommendation to sit him go awful. Let’s get into this week’s starts/sits.

Listen, you know by now that the Dallas Cowboys defense is atrocious. I’m not going to drill it into your head anymore, then it’s been already. Arizona Cardinals RB Chase Edmonds, though he is still the second option in the backfield behind RB Kenyan Drake, will have a big game. He’s received over five targets in three of five games thus far. Missed in with those targets out of the backfield, Edmonds hasn’t had less than three carries in a game. He will see ten or more touches this week in a high scoring affair with the Cowboys, which is more than enough opportunity against this defense. He is a sneaky start.

I’m not calling for New England Patriots RB James White to give you a fantastic week points-wise, but he has a concrete floor. He is guaranteed involvement in the passing game, which makes him a valuable play in PPR leagues, especially with RB’s like Josh Jacobs, Alvin Kamara, and Chris Carson on bye. White is a safe option you probably have on your bench across many leagues as he was a cheap buy-in trades and start-up drafts.

At some point, Jeudy is going to have a gigantic breakout performance for the Denver Broncos, right? Now, I don’t think that comes this week, but Jeudy will be an integral part of this offense if they plan on winning this game with Lock back. Look to see a solid game from Jeudy this week as he looks to build on his good game against the New York Jets a few weeks ago.

These next two guys I’m going to talk about are easy sits for me. The first one, San Francisco 49er Jerick McKinnon, is a big-time sit. Last week, fellow RB Raheem Mostert returned to the team after an injury that caused him to miss two weeks. That effectively put McKinnon on the bench. Thus, he had an abysmal showing as he only touched the ball three times. Hopefully, the 49ers mix in McKinnon with Mostert, but I’m not playing McKinnon until I see it.

So far, in the 2020 season, this Baltimore Ravens RB has been very TD dependent. He gets little by way of rushing attempts and almost no targets in the passing game. He’s been part of a three-headed backfield, and I want nothing to do with playing him. I know it might be tempting with so many solid RB’s on bye, but Ingram won’t be the answer you need. You need to avoid playing him.

Make sure you subscribe to the #NerdHerd, where you get exclusive content, dynasty/rookie rankings, buy/sell tool, and a bonus podcast too. Dynasty Nerds also recently launched the #DynastyGM tool, which is a complete game-changer in the fantasy industry. Click here for a free trial. We truly are your one-stop-shop for all your fantasy football needs!