Flexy and I Know It: Flex Start/Sit Week 8 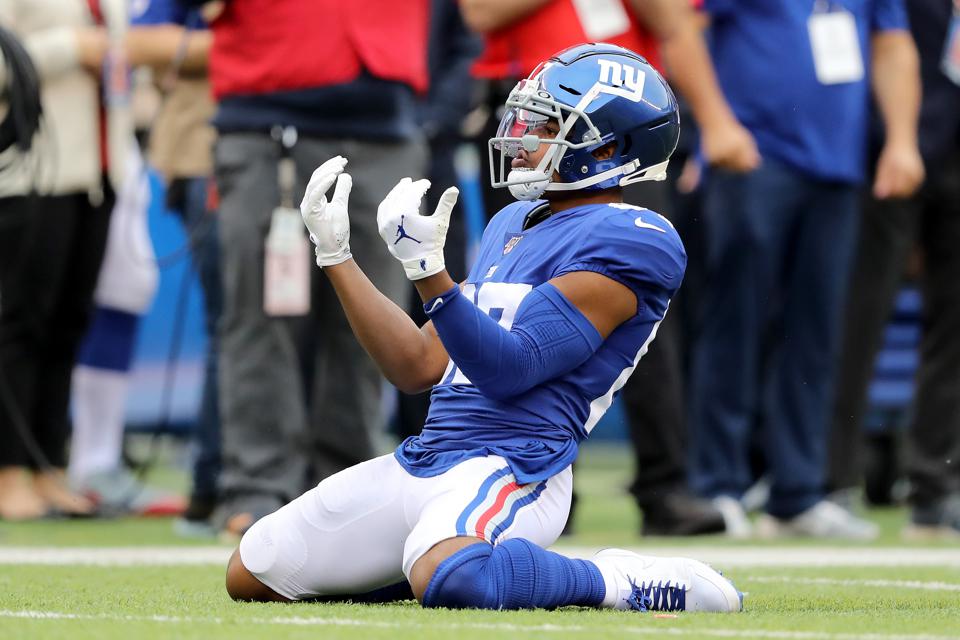 I was pretty much wrong about everyone except RB’s Adrian Peterson and Damien Harris last week as neither had a good game. None of my start recommendations between WR Laviska Shenault Jr., RB J.D. McKissic, and RB Latavius Murray had good fantasy days. Not one of those guys topped eight points in PPR formats. That’s a pretty big miss, I would say. Like I said before, Peterson and Harris, two of my three sit recommendations, didn’t perform well for fantasy. On the other hand, WR Christian Kirk, my third start recommendation, had an admirable performance with 2 TD’s even though he only had 37 yards receiving. Let’s look forward to week eight, shall we?

No matter who is running the football for the San Francisco 49ers, I want that player in my lineup as they always have success. Add in the matchup with the Seattle Seahawks, and you have yourself a player. That guy this week may very well be rookie RB JaMycal Hasty. Fellow RB’s Raheem Mostert, Jeff Wilson, and Tevin Coleman are all on IR. Meaning, the only active RB’s are Hasty and Jerick McKinnon. When Wilson went down with an injury last week, it was Hasty, not McKinnon, that stepped up and got all the snaps. When asked about it, HC Kyle Shanahan did note that he was trying to give McKinnon some rest. I don’t buy it. As long as Coleman isn’t activated for Sunday, Hasty is a must-play.

Tampa Bay Buccaneers WR Scotty Miller will be a good flex play for you this week. WR Chris Godwin got hurt again last week and is expected to miss week eight. Recently signed WR Antonio Brown will also be out as he’s under suspension. Miller has shown some promise this season as he’s performed with Godwin out earlier and even performed with him in the lineup last week. Miller is a great flex option this week.

I never thought I’d be sitting here in this 2020 season recommending you to play a New York Jets player, but here I am. They will be down and down by a lot to the Kansas City Chiefs. We already know that will be the case. So, then it’s about who’s getting all the targets in garbage time for the Jets. Someone has to step up. So far, that guy has been WR Jamison Crowder, but he missed week seven with a hamstring injury and didn’t practice on Wednesday. So, it’s likely he misses week eight as well with that hamstring injury. The other WR of note is Breshad Perriman. Perriman is currently in the concussion protocol, and it’s looking unlikely that he suits up Sunday.

That leaves us with WR Denzel Mims as the only one left standing. Last week, he looked good in his NFL debut as he was coming off a hamstring injury in both legs. Expect him to build on his solid debut performance in week eight with some hefty garbage time points.

Things haven’t seemed right with New England Patriots WR Julian Edelman since his great week one performance. He’s dropping passes, shying away from any contact, and looks slow. It could be an injury or Father Time doing the damage. Either way, I’m not sure you can start Edelman until he looks like himself again. It also doesn’t help that QB Cam Newton has looked pitiful since his week two performance against the Seahawks.

I don’t like any New York Giants player against this Buccaneers defense. They just shut down and manhandled the Las Vegas Raiders after making Green Bay Packers QB Aaron Rodgers look like a scaled-back version of Nathan Peterman. Can you imagine what Giants QB Daniel Jones is going to look like? I understand starting RB Devonta Freeman or WR Darius Slayton as you may be forced to do so. However, I’m not okay starting WR’s Sterling Shepard and Golden Tate. They both caught TDs from Jones last week, but, outside of those, their performances were mediocre at best. Those opportunities won’t be available this week against the Buccaneers. It isn’t the week to call your shot on these guys, trust me.