Flexy and I Know It: Flex Starts/Sits Week 7

A few points in a midseason matchup might be the difference between a push for the title or blowing it up. @Tyler_Grez shares the flex starts/sits to help you get those precious points. 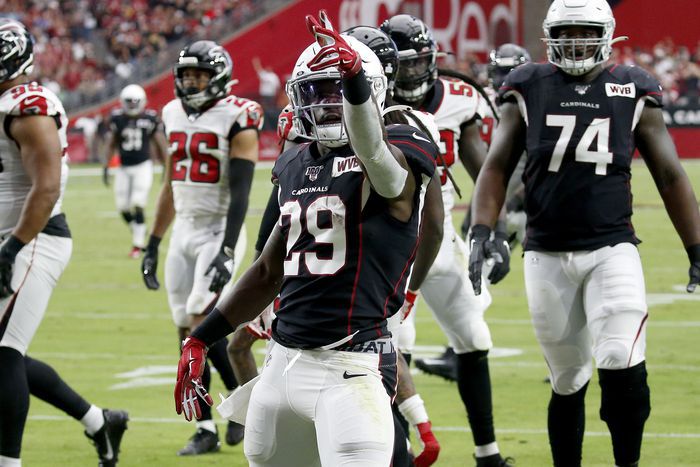 Hopefully, you’re making the right FLEX plays and winning your weekly matchups. But, if you’re struggling to decide between just a couple different guys, then I hope that the guys below can aid you in that decision. Let’s get started!

Edmonds is surging right now. Local media is buzzing; coaching staff too. Add in a juicy matchup and the possibility of a David Johnson-less backfield and I’m all in. Edmonds has been explosive in his limited touches and is actually coming off a week where his utilization rate (touches per snaps) was the lowest in a 4-week span. However, head coach Kliff Kingsbury was surprised to find out that he only got Edmonds 1 touch in the entire 2nd half of a close game against the Atlanta Falcons. He said that that’s gotta change. Now, he may not have much choice. David Johnson popped up on the injury report with a new ankle injury that could sideline him for Sunday’s matchup against the Giants. The Giants have been a friendly foe for opposing running backs all season. They currently allow more yards per target to the running back than any other team in the NFL. Put an explosive running back like Edmonds into that environment and watch him thrive.

The Miami Dolphins. That’s it. That’s why you should play Frank Gore this week. Okay, there’s a little bit more to it than that. But, that’s where it starts; where it always starts. The Dolphins have also been a great matchup for all incoming running backs. Oh, and Frank Gore is simply eternal. But, I digress. The Dolphins right behind the Giants in terms of allowed running back yards per target. The passing game is not necessarily Gore’s forte, but he can keep you honest. Gore has been a pretty steady play while rookie sensation Devin Singletary has been out. Gore even put up a 15 spot on the New England Patriots who have only allowed more than 15.5 PPR points to a running back once all season. Even if Singletary returns this week, there’s a solid chance that he’d be on a snap count. There’s no reason to rush him back this week. Gore should still see ample opportunity against a porous Miami run defense. Play Frank Gore and prosper.

So, if you can’t play Pettis this week then when can you play him? Pettis is finally beginning to live up to the hype and appears to be in the good graces of coach Kyle Shanahan and his staff. It has been a rocky start to Pettis’ sophomore season, but his snap counts and targets are finally on the rise. This week, a confident undefeated San Francisco team travels to take on the 1-5 Washington Redskins. This could be the breakout game that everyone has been waiting for. Pettis still has a long way to go to live up to his 5th round preseason ADP, but another solid performance this week could be a good first step.

The Saints run defense has become one of those “avoid at all costs” type of scenarios. Now, you factor in a rather lackluster and underperforming Chicago Bears offense and…yikes. The Bears’ 2018 luck appears to have run out and they are being hit by the injury bug…hard. They just lost veteran Kyle Long for the season, but it does appear that Trubisky could be returning this week. So, it’s not all bad news for the Bears. The Saints are currently the 5th worst matchup for opposing running backs and the Bears rushing offense hasn’t exactly been good either. Chicago is currently averaging 80.6 yards per game which is good for 26th in the league. Being at home will give this team a boost, but I’m not sure it’s enough to justify playing Montgomery this week.

Adrian Peterson gave you a great week last week. This week, not so much. Washington draws the 2nd worst matchup for running backs in the San Francisco 49ers and Peterson’s production should be fairly limited. Peterson will continue to have value until Derrius Guice returns, but this is a pretty easy one in my opinion. I’m confidently sitting Peterson.