Flexy and I Know It: Start/Sit Week 10

@ethanAwyatt presents you with the players you need to have started in your lineup and some you should avoid in week 10. 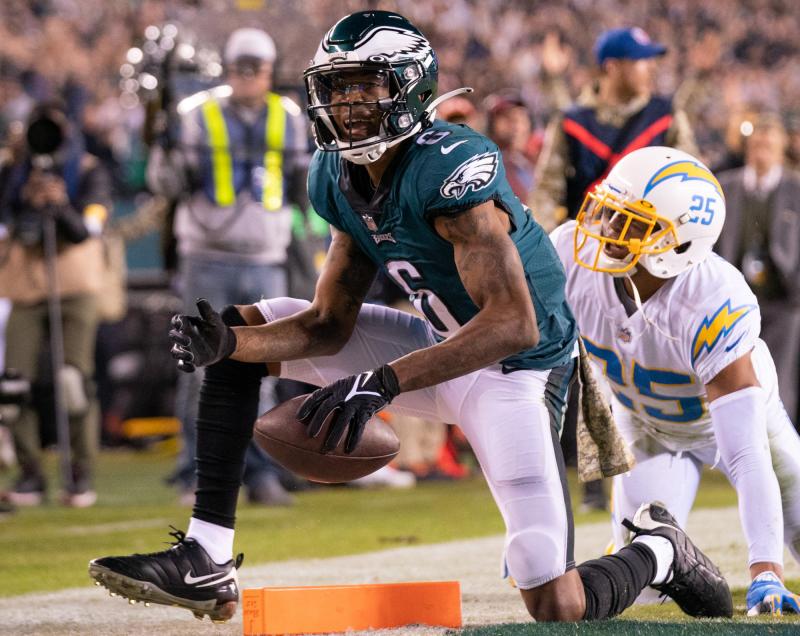 Hey Nerds! The Dynasty Nerds writers are here to provide you with weekly starts and sits. We will be making our

After having a horrid game in week eight, Atlanta Falcons WR Russell Gage had a bounce back game of sorts against the New Orleans Saints in week nine.

He also just so happened to finish as one of my two start calls. Gage finished with seven receptions for 64 receiving yards, which was enough to get him more than ten fantasy points in PPR leagues.

My other start call was Baltimore Ravens WR Rashod Bateman. The rookie had barely topped ten fantasy points despite having eight targets. He had 52 receiving yards on five receptions but failed to haul in a touchdown.
Where I encountered some troubles, was with my sit suggestions last week.

Despite not having his starting quarterback, Arizona Cardinals WR Christian Kirk nearly had 100 receiving yards to go with his six receptions. Kirk’s having a breakout in his fourth season in the NFL. Kudos to him.
My other sit call was newly minted Tennessee Titan, RB Adrian Peterson. He failed to hit the ten-fantasy point marker but finished close to it.

In his first game with the Titans, Peterson finished with ten carries for 21 rushing yards and one reception for five receiving yards. Last week I was right when I said your need to hope for a touchdown if you play him.
Well, he did just that as he punched it in on the goal line in the second half. Still, it wasn’t a good fantasy day, but a good sign of things to come instead.

One of the more underrated storylines in fantasy football this year is the emergence of Los Angeles WR Van Jefferson. The sophomore wide receiver has accumulated 27 receptions, 433 receiving yards, and three touchdowns so far in 2021.

Those numbers aren’t setting the world on fire but are decent for a run-of-the-mill second-year wide receiver in today’s NFL. Yet, he isn’t getting much respect in fantasy circles.

Thus far, he’s been a little boom or bust as he’s had only four games in double digits while finishing below that marker in the other five. Still, Jefferson’s averaging 9.8 fantasy points per game.

Not to mention, in the last three weeks, he’s had over 86% of snaps and six targets. That’s led to him having half of his double-digit fantasy weeks in that time frame. In other words, Jefferson’s trending upward.

I expect Jefferson to get six targets once again and over 80% of snaps in week ten. Thus, you should feel confident flexing him. There’s a high chance he eclipses 15 fantasy points in an easy matchup.

Not much needs to be said here. It feels outlandish that Atlanta Falcons RB/WR Cordarrelle Patterson is ranked as the 42nd wide receiver. There’s not really a reason to justify this as anything but full-blown disrespect.

In the three games without WR Calvin Ridley, Patterson has 13 receptions and 164 receiving yards with a touchdown. That’s not counting his 32 carries, 105 rushing yards, and a touchdown on the ground over that span.

This Falcons offense features Patterson heavily and is a borderline RB2/WR2 every week with the workload. No matter the matchup, he needs to be played.

This right here is a good ole fashioned bummer. Philadelphia Eagles rookie WR Devonta Smith is coming off his best game as a rookie. He had 116 receiving yards, six off his career-high set in week four, and a touchdown on five receptions.

As much as I wanted him to capitalize on a stellar game last week this week, it will be almost impossible for him. The Eagles will face a Denver Broncos pass defense that obliterated the Dallas Cowboys in week nine.

That Cowboys passing game is currently the fourth-best unit in football right now, even factoring in that abysmal performance against the Broncos. If you’re wondering where the Eagles are, they’re ranked 28th.

If the Broncos can lock down a top-five passing offense, they should have no troubles stifling one of the fifth-worst passing games in football.

Eagles QB Jalen Hurts will struggle mightily in this one, rendering Smith utterly useless for fantasy. Please do what you can to put him on your bench. Unfortunately, I have to weather the storm and play him in a few leagues.

I really feel for Washington RB Antonio Gibson and the long line of truthers who rode his bandwagon to this stop. For whatever reason, Gibson can’t seem to get past his injuries. Thus, he’s losing more and more work by the day.

Gibson hasn’t topped 20 carries, 60 rushing yards, or had a touchdown against the New Orleans Saints since week five. The only thing positive in that stretch was that he’s had two receptions in every game since. Still, it hasn’t been enough for Gibson to return much fantasy value.

Unfortunately, the trend is going to continue in week ten. Washington has a matchup against the Tampa Bay Buccaneers and their number two ranked rushing defense.

The unit has only given up an average of 78 rushing yards per game and hasn’t allowed a 100-yard runner all year, outside of Chicago Bears rookie RB Khalil Herbert.

Washington’s likely to get down early and be forced to throw the football after having limited success on the ground early. That’s a game script for fellow Washington RB J.D. McKissic, not Gibson.

If anything, head coach Ron Rivera and Washington may elect to limit Gibson this week to give him some more time to heal his leg injury. Either way, it’s safe to say you need to leave Gibson on your bench in week ten.