Flexy and I Know It: Start/Sit Week 17

@ethanAwyatt brings you one final flex-start/sit article for the year as it’s fantasy football championship time! 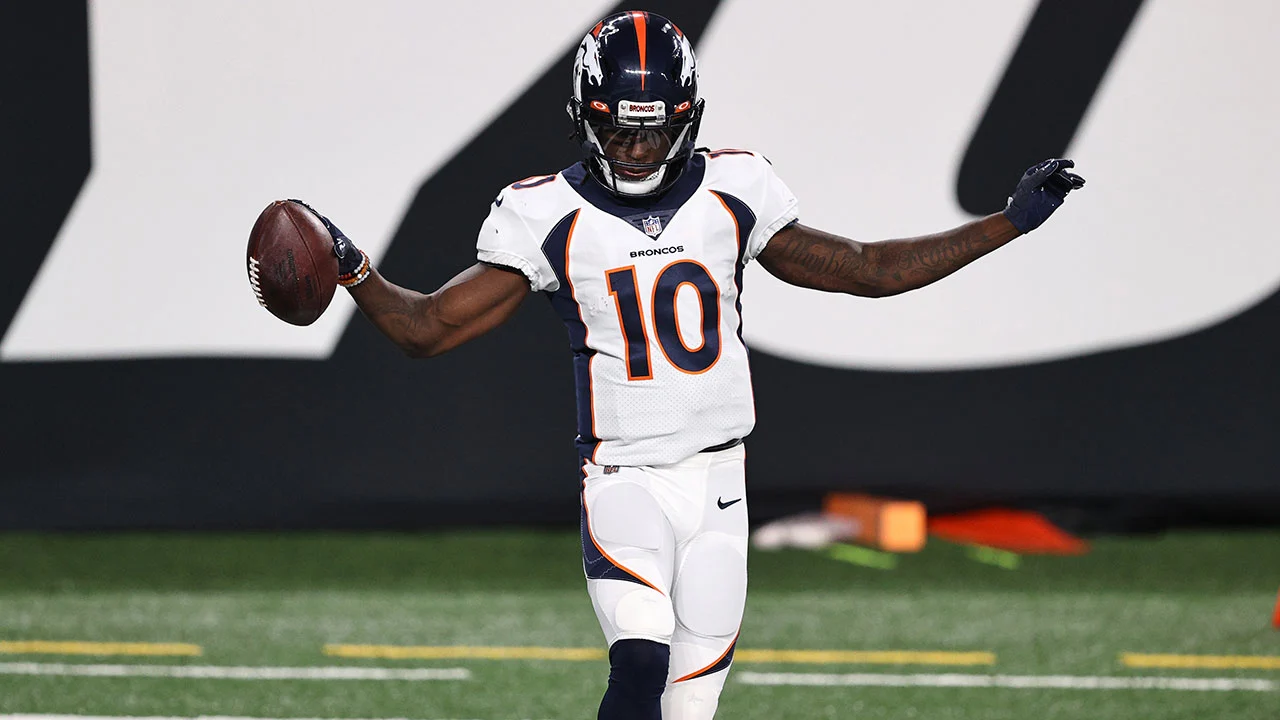 Welp, I took some significant losses in last week’s article. Unfortunately, none of my calls of the week hit.

My two starts of the week, Dallas Cowboys WR Michael Gallup and Detroit Lions WR Josh Reynolds had complete duds despite having five targets or more.

Gallup’s failure can be attributed to the Cowboys demolishing the Washington Football Team. They smashed Washington by 42.

On the other hand, Reynolds played in a one-score game as the Lions had the Falcons on the ropes but failed to win. Granted, he did have to play with the backup quarterback.

My only sit was New York Jets RB Michael Carter in week 16. One of my favorite players to watch in the 2021 Draft Class proved me wrong, and I’m happy about it.

Osborn received seven targets with Thielen out for a portion of the game last week against the Los Angeles Rams. He had five receptions for 68 receiving yards and a touchdown.

Now, Osborn and the Vikings face off against the Green Bay Packers. Fellow Vikings WR Justin Jefferson should often draw the Packers’ top corners and double-cover coverage. That will free up some windows for Osborn to exploit.

Fantasy points should be aplenty as the teams combined for over 60 total points in their last matchup.

New England Patriots WR Jakobi Meyers is having one helluva year. He hasn’t caught many touchdowns or had many monstrous games. However, he’s been incredibly consistent.

While Meyers targets have ranged from four to 14 in a game this year, he’s managed to haul in four catches in all but two games. In PPR leagues, that gives you a solid baseline of four points.

Not only are his catch numbers consistent, but so are Meyers yardage numbers. In 16 games, he’s had over 40 receiving yards in ten games.

In fantasy football, wide receivers are known for having some inconsistency. So, while Myeres numbers aren’t shocking and staggering, it’s still impressive that he’s had such a high level of consistency.

With the Jacksonville Jaguars on deck, Meyers has a good shot of continuing what he’s built. If you need someone with an excellent floor, Meyers is the guy. However, there might be better options if you need more boom from your flex.

There isn’t much that needs to be said. Houston Texans RB Rex Burkhead shouldn’t be in your starting lineup by any means.

Sure, Burkhead’s surpassed ten fantasy points in two of three games, but he’s only hit that mark three times all year long.

With a tougher matchup against the San Francisco 49ers ahead, Burkhead needs to sit on the pine. It’s championship week. Play the players that got you here; don’t take chances on guys like Burkhead.

I don’t think Denver Broncos WR Jerry Jeudy has had quite the sophomore year he hoped. It all started with a knee injury in week one that caused him to miss several games.

When he returned in week eight, he showed some promise. However, it’s never come to fruition.
Since week eight, Jeudy has only matched or exceeded ten fantasy points in three games. The most recent one came in week 13.

If you continue to play Jeudy in your championship game, you’ll only hurt yourself. He offers a limited floor and almost no true upside. It’s unfortunate for such a talented player.