Flexy and I Know It: Start/Sit Week 5

@ethanAwyatt brings you some more flex start/sit decisions for week 5. Spoiler alert: One rookie should be started everywhere because of a good matchup! 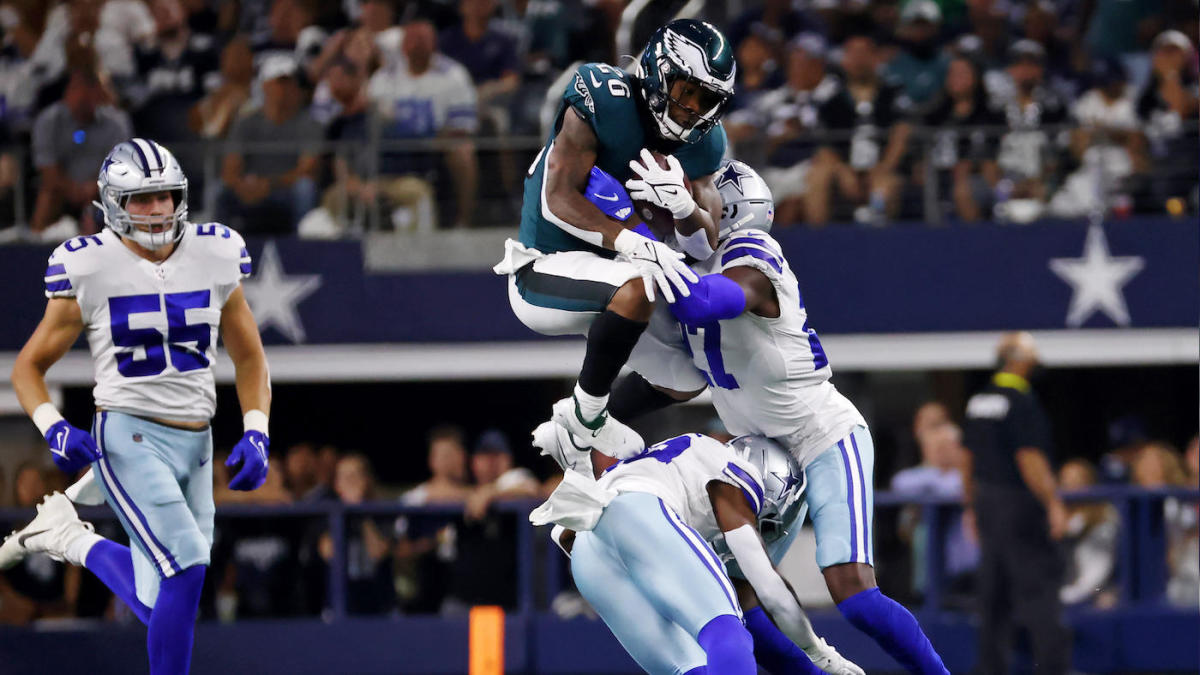 New York Giants WR Kenny Golladay headlined my starters last week, and he finished the week with six receptions for 116 receiving yards. My other start was Robby Anderson, wide receiver for the Carolina Panthers.

Anderson finished week four with only 46 receiving yards off five receptions. He also had one carry for three yards. In PPR leagues, it wasn’t a total disappointing and was an average outing. However, it wasn’t what I expected.

Emmanuel Sanders hasn’t run out of gas just yet. The Buffalo Bills wide receiver has had at least six targets in all four games thus far.

In the past two games, Sanders has turned 12 targets into ten receptions for 168 receiving yards and two TDs. He’s gotten into a groove on his new team and has an easy matchup this week.

Sanders and the Bills play the Kansas City Chiefs in week five. Their pass defense is ranked as the 27th overall unit in the league.

A point of emphasis for the Bills and their offense is to pass the ball and push downfield. So, with a bad defense on the horizon, Sanders has a flex-worthy performance in store for this week.

While the Atlanta Falcons have the 18th ranked rushing defense in terms of yards per game, they allow at least 4.5 yards per carry.

I don’t expect the Jets to surpass or even equal that 4.5 yards per rush, but if they can get close, that’s good news for Carter. Speaking of, he’s asserted himself at the top of the depth chart.

Carters had two games of double-digit carries and three games of three targets.

I expect the Jets to compete and win this game in London, which means that rushing opportunity will be there. Also, make sure to put Carter in one of your RB slots before the early morning kickoff to free up that flex spot in case there are any surprise actives/inactives.

No one’s season has flipped on its head after week one quite as Miles Sanders has. The Philadelphia running back has eclipsed 60 total yards since the opening weekend.

Even more concerning is that he hasn’t had more than ten touches in the past two weeks. In the past three weeks, he’s only touched the ball 29 times. 13 of those were carries in week two.

His lack of involvement stems from the increased participation of rookie RB Kenneth Gainwell.

Gainwell has 21 touches during that same time frame. So, while Sanders still leads in touches, the margin’s smaller than anticipated.

That coupled with this week’s tough matchup with a top ten rush defense in the Panthers means you need to avoid playing Sanders in any role this week.

Anderson goes from headlining my start section last week to being on my sit list. He received eight targets and couldn’t capitalize.

Those targets came in the absence of Panthers RB Christian McCaffery, who’s doubtful to return from his hamstring injury this week. That means that Anderson would likely return to his low target totals.

In his first three games this year, Anderson had only 11 targets, catching only five of those passes. Oh, and the Panthers play the Philadelphia Eagles, who have the 7th ranked passing defense.

Whether McCaffery’s healthy and suited up or not, I’m not playing Anderson in an incredibly tough matchup. He hasn’t shown me that he should be counted on and started.