Flexy and I Know It: Start/Sit Week 6

We enter week six, and things are looking a little worse for wear. With a grotesque number of injuries to skill position players across the league, week six brings the challenging task of finding flex-worthy players. @ethanAwyatt brings you two players you should consider starting and a couple you should shy away from. 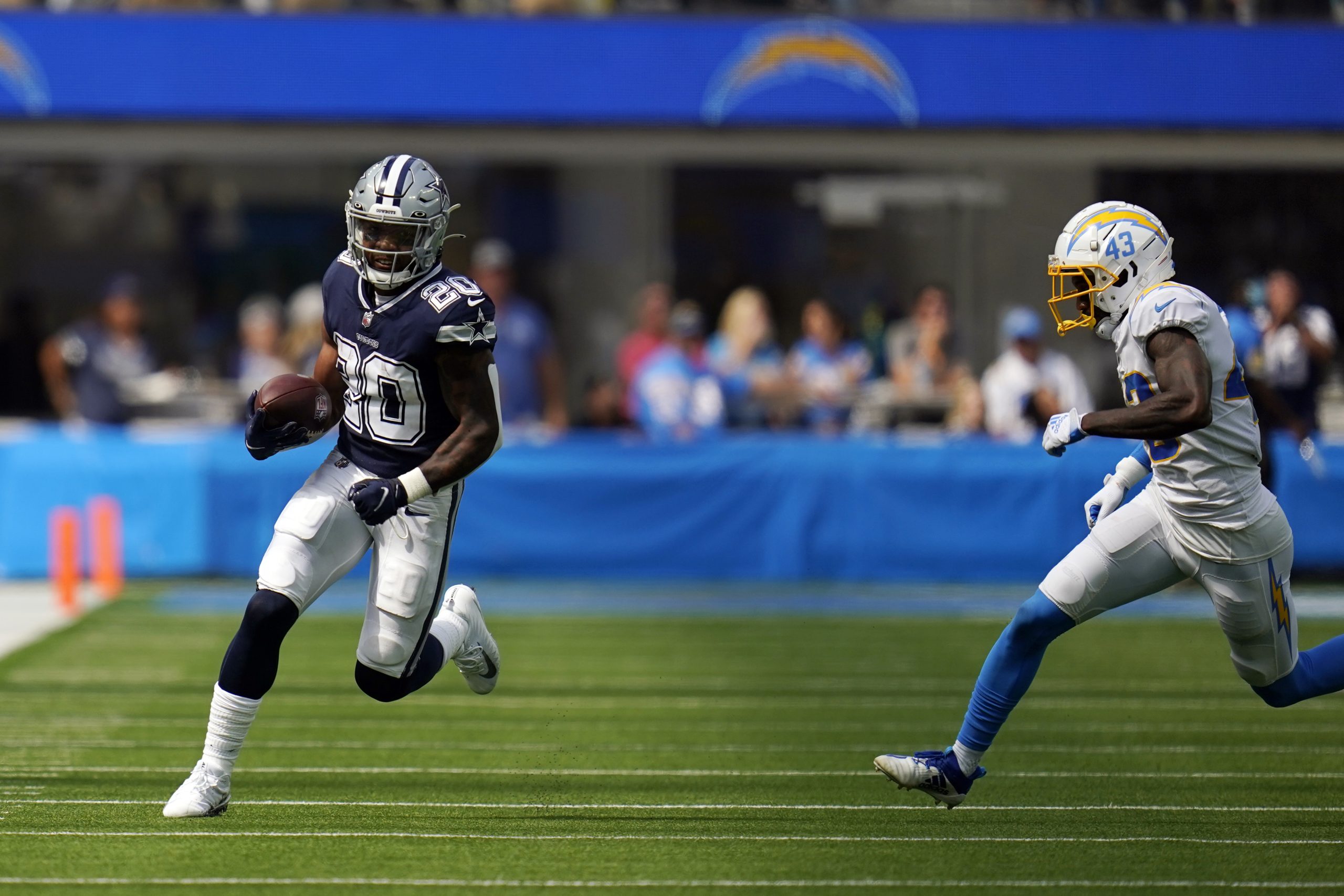 I hit the nail on the head in week five, and I hope you listened. My two stars of the week had more than 14.8 fantasy points per game, and my sits didn’t eclipse ten. My confidence is soaring, and I’m ready to jump through the ceiling.

In my first of two starts, Buffalo Bills WR Emmanuel Sanders finished with more than 50 receiving yards and two touchdowns. My second, New York Jets RB Michael Carter, had over 50 total yards and a touchdown. Carter’s day was saved by the score as well as his three receptions on the day.

Like I said before, my sits didn’t finish with great days. Philadelphia Eagles RB Miles Sanders disappointed with 66 total yards and zero touchdowns. Sanders was at least involved in the passing game with four targets, but it didn’t come to fruition for fantasy.

The disappointment for this two-pack of players marches on another week.

Unfortunately, Chicago Bears RB Damien Williams contracted COVID-19 and landed on the reserve list earlier this week. The news comes one week after the Bears starting RB David Montgomery was reported to miss at least four to five weeks with a knee injury.

That leaves rookie RB Khalil Herbert as the only man in town. Herbert, a sixth-round pick hailing from Virginia Tech, had 18 carries resulting in 75 rushing yards in week five.

Although the Green Bay Packers matchup is more of a challenge than last week’s, Herbert is someone you need to start with no questions asked. That’s for one reason and one reason only; he’ll receive all of the work out of the backfield.

His carry and target count will likely be through the roof this week, which gives him a steady floor. If the Bears can consistently move the football and get in the red zone against the Packers, Herbert will get at least one touchdown.

Playing him gives you a very high-floor flex player in week six.

We know the backfield situation in Dallas now, after all the offseason question marks. Both running backs are talented and demand a level of involvement in this offense. Both are startable fantasy assets, and that won’t change in week six.

The Dallas Cowboys play the New England Patriots in Foxborough. This isn’t your daddy’s Patriots team, though. After being a top unit against the rush and the pass game for years, the defense has taken a step backward.

With that in mind, I fully expect the Cowboys to trample the Patriots’ defense. Every Cowboys skill player from WRs Amari Cooper and CeeDee Lamb to Pollard’s backfield mate Ezekiel Elliot to TE Dalton Schultz should have a spot in your lineup.

Fantasy points are there to be had against this Patriots defense

Arizona Cardinals RB James Connor’s been a surprise this year. He currently sits just outside of the top 24 running backs but has had double-digit fantasy points in three straight games.

He has only four catches through five games. Connor also has only exceeded 15 carries twice on the year. Oh, and he hasn’t had more than 55 yards rushing either.

That means Connor is getting his fantasy points in one way: touchdowns. In fact, he has more touchdowns (5) than receptions (4) on the year.

His fantasy production has been marveling, but it’s not something you should expect to stick. Despite his best efforts, it’s unlikely Connor continues to score touchdowns at this pace for the rest of the year.

I get that he’s playing for an offense that’s only scored less than 30 points once, but the touchdowns and rate at which the Cardinals are scoring is bound to dip.

I expect that dip to take place this week against the Cleveland Browns, who foster a tough defense when it comes to fantasy points allowed to running backs.

They haven’t allowed running backs outside of Los Angeles Charger Austin Ekeler to score much on them. Even then, it took the Browns carrying Ekeler into the endzone for him to return a solid fantasy day.

I feel like I had to include at least one wide receiver this week, or else I would’ve tabbed Seattle Seahawks RB Alex Collins as a sit candidate. However, I elected to put a wide receiver in this slot.

Jacksonville Jaguars WR Laviska Shenault Jr. has repeatedly shown the ability, this year and last, to make big plays with the ball in his hands. He’s borderline electric and a threat to score whenever he touches the ball. But that’s the thing…

Shenault rarely gets the ball and the opportunity in space. Through five games, he’s touched the ball a whopping 23 times. He touches the ball around four times a game, maybe five if the Jaguars elect to give him a carry.

For a player that can do what Shenault can do with the ball in his hands, that’s a crime. So, for that reason alone, I put him in the sit section.

Some of you may wonder about putting him in your lineup with an easy matchup against the Miami Dolphins, but I’m advising you not to. I urge you to look the other way and act as if you don’t even have Shenault rostered.

He can’t be played till he touches the ball more and gets more opportunities in space. Right now, neither of those things are happening much, if at all.

Swap Meet: Two buys and a sell before Week 3
Dynasty Rookie Good and the Bad: Week 6