Flexy and I Know IT: Week 14 Flex Sit/Start

Playoffs? We’re talking ’bout playoffs? Yes we are!! @Tyler_Grez brings you the flex plays to help you get to the next round. 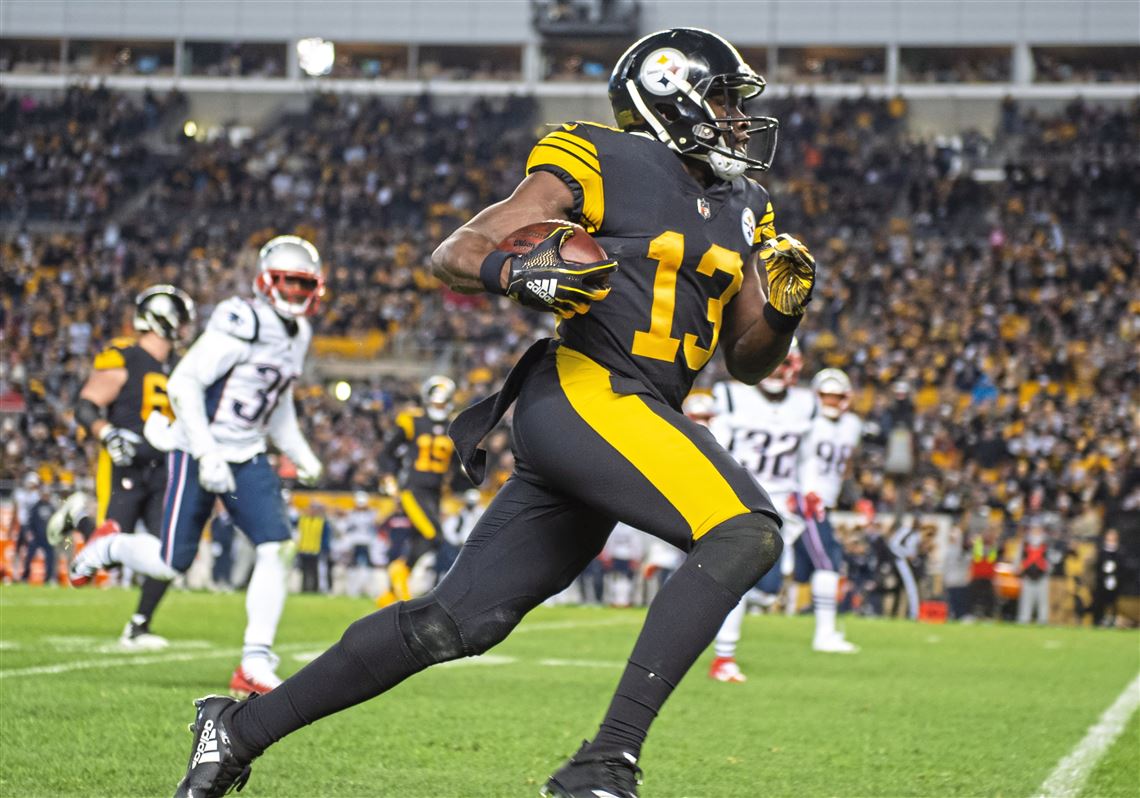 The playoffs are finally here! Please allow me to guide you to a championship title. Let’s go!

A pass-catching back in a very likely high scoring game with a competent of quarterback and a lack of talent on the opposing defense to stop said pass-catching back? What else do you need?! James White is a start of the week, not even specifically just for the FLEX. I promise this has absolutely nothing to do with White’s 33 point performance last week. However, the Patriots were down and quickly transitioned to White to get the offense going. A very similar situation could arise this week as the unstoppable force (Chiefs offense) meets the immovable object (Patriots defense). The bottom line is, there will be points in this game regardless of the status of the team’s respective units. White is one of my favorite plays this week and his performance could be enough to keep your championship aspirations alive.

With the injury to Juju Smith-Schuster and then the potential absence of Diontae Johnson, I like Washington against a bad Cardinals pass defense. Hodges seems to have a better grasp on the game than Rudolph did and should keep the team in the game enough to keep things competitive. With James Conner being ruled out, the number of weapons for the Steelers becomes even more depleted. Someone has to catch the ball and someone has to score if the Steelers want to keep their playoff hopes alive. You can play Washington with confidence this week.

It’s Eli Manning time again in New York. For me, this hurts Darius Slayton and helps Sterling Shepard. Golden Tate is on track to return this week and we’re still waiting on the status of Evan Engram. Engram is the one who could dent Shepard’s value this week, but Shepard is the only receiver that Manning has any real rapport or experience with. Manning could be looking his way more than he does for the others. Now, factor in a battered and porous Philly secondary and I love Shepard’s FLEX-ability this week.

The Chiefs draw New England this week. The Chiefs backfield is also a mess. There’s not a whole lot to like about McCoy’s value this week other than there will likely be some points to go around. I just don’t think McCoy will be the guy to do the scoring this week. Belichick likes to take away the opposing team’s weapons and force other guys to make plays, but Mahomes is still going to be trying to make plays down the field. Sammy Watkins is the one who most likely benefits from the madness of Belichick, but I wouldn’t even be super confident in that. I like players on the New England offense, but it’s tough for me to love any one player on the Chiefs side this week.

This is another gut-feeling play for me. The Steelers and Cardinals game is an interesting one for me. The only thing playing in the Cardinals’ favor is that they’re playing at home. The Pittsburgh defense matches up incredibly well with what the Cardinals are looking to do on offense and that could mean trouble for Kyler Murray and crew.

Bruce Arians welcomes his former team into Tampa and I believe both teams are going to gunning for each other. Unfortunately, I don’t believe Ronald Jones to be the benefactor of that. Look for the Buccaneers passing game to provide tons of points this week and we will once again be wondering what is going on with the Bucs RB position. Factor in a timeshare with Peyton Barber and I have almost zero confidence in playing Jones at such a crucial time.

Yes, Gardner Minshew is now back in the fold. That does help all Jaguars passing options. However, they draw one of the more underrated and effective pass defenses in the NFL this week: the Los Angeles Chargers. They have it all: a pass-rushing duo, a returning Derwin James, and quality secondary play. Westbrook got into the endzone last week for the first time since week 1. Other than that, his performance was pretty typical. I expect it to be more of the same this week.