Flexy and I Know It: Week 8 Starts/Sits in Your Flex Spot

Week 8 brings break outs and break downs and @Tyler_Grez gives you the flex plays to stay in contention. 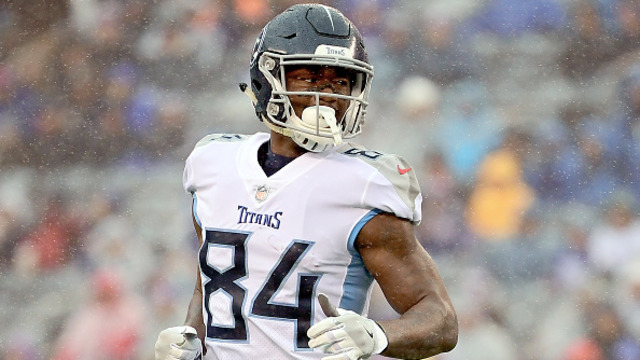 We’re officially at the half-way mark of the 2019 season! Man, how time has flown. Hopefully, your FLEX plays have been smooth sailing and you’ve been sitting in the fantasy football promised land. If not, I want to help you get there. So, let’s go! (I apologize ahead of time for the WR heavy group of players this week!)

Maybe Ryan Tannehill actually does raise Davis’ week to week value. His 7 targets last week was the highest for the season. And now, Davis gets a favorable matchup when the Titans take on the Buccaneers. Only once this season has an opposing offense scored less than 20 points against the Bucs with 5 out of 6 matchups eclipsing the 30 point mark. The point is, teams are putting up points on Tampa. It’s understandable to be hesitant with this being only Tannehill’s second week under center, but the Titans put up 306 passing yards last week; their highest mark on the season. There’s a lot to like about the matchup and there’s the upward trajectory to boot.

With the departure of Josh Gordon, Dorsett will become this team’s primary outside threat for the foreseeable future. Greedy Williams and Denzel Ward might be making their return this week, but they’ve missed a lot of time. I wouldn’t expect them to return at full speed right away. The opportunity should be there for Dorsett; what he does with it is another question.

I don’t like many of the options coming out of Carolina this week when they match up with the 49ers. To be real honest, i’d only be looking at Christian McCaffery and D.J. Moore as guys you could start and only McCaffery as a guy you can start with confidence. The Panthers offensive line will be put to the test this week and Moore himself will draw the stylings of Richard Sherman. Moore will still be targeted and McCaffery will get his touches, but where does that leave Samuel? At best you’re going to be hoping for a touchdown to salvage his day. There is a chance that the offense is stalling and Carolina tries to get a little creative thus utilizing Samuel in different ways. However, this is not something you or I can count on. I’m pivoting from Samuel this week if possible.

The Patriots take away weapons. The pecking order of Browns weapons should be Odell Beckham Jr., Nick Chubb then Jarvis Landry. Baker Mayfield has not been good when pressured thus far and he’s been pressured a lot. The Patriots made a fool of Sam Darnold and scared the 2nd year quarterback into “seeing ghosts”. There is a good chance that the Patriots will do the same for Mayfield. If the Browns are going to win this game, it’s going to be because of their defense. What does that mean? Not a lot of points scored. If the Browns are caught playing from behind early, then there’s potential for Landry to put up some points. But, I wouldn’t be too sure.

I don’t like the Bills running backs at all this week. The Eagles are currently the 5th worst matchup for opposing RBs. Jim Schwartz and this battered Eagles defense is going to make Josh Allen beat them through the air. This is simply not a week where we can expect much sustainable production from the rushing attack (on either side really). Maybe one of these guys can fall into end zone, but i’m not willing to bank my matchup on that risk.