The first day of NFL free agency left many feeling shell shocked. These are some of the aftershocks in the days that followed IDP fantasy football dynasty owners should be aware of. 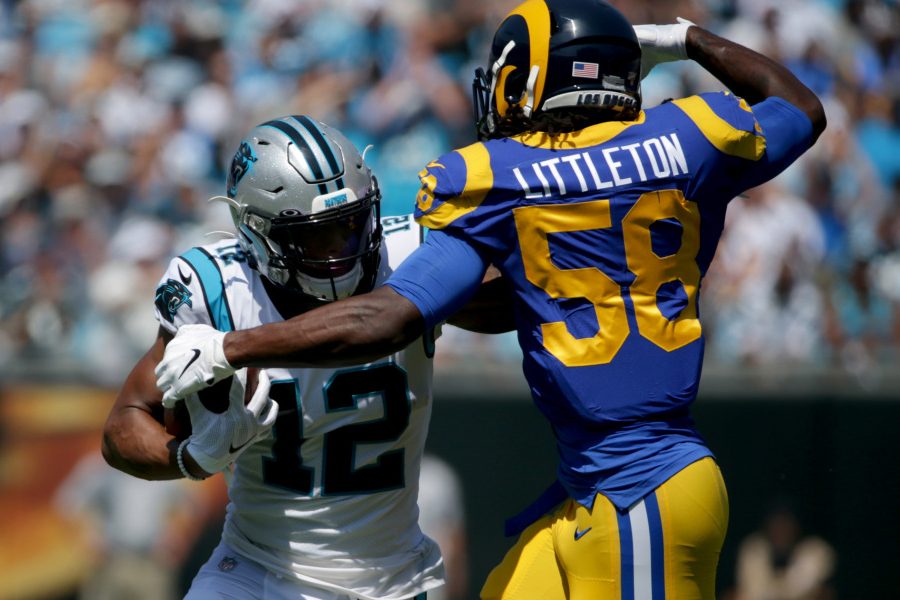 The first day of NFL free agency left many feeling shell shocked. To start the day Tom Brady posted on his Instagram, he intended to keep playing football, but it wouldn’t be with the New England Patriots. He intended to enter free agency. The DeAndre Hopkins trade to the Arizona Cardinals news broke within an hour of free agency starting, and from there, the bombs kept dropping. For a full recap on all the IDP fantasy football relevant free agency moves and commentary checkout Jon Glosser’s thoughts on the subject (here). A lot of big moves were made day one, but here the days that followed also saw quite a bit of dynasty relevant IDP fantasy football moves.

After turning in two very impressive back to back seasons as a full-time starter with the Las Angeles Rams, Cory Littleton has a new home with the Las Vegas Raiders. The Raiders paid Littleton handsomely for his services to the tune of 3-years, $36 million. And honestly, he’s earned it. Littleton joined the Rams as an undrafted player who started on special teams. He quickly proved himself adept there and earned a role on the defense, and in 2018 he became a full-time starter. He earned a Pro Bowl nod for his efforts in 2018 and even had a chance to play in the Superbowl.

Littleton has finished as a top 10 IDP linebacker each of the past two seasons and has the opportunity to do so again in Las Vegas. He’s one of the best coverage linebackers in the NFL right now, boasting five interceptions and 22 pass deflections since he became a full-time starter. The Raiders had one of the most depleted and unreliable groups of linebackers in the league last season. Signing Cory Littleton and Nick Kwaitkoski has immediately changed that. It’s likely they also draft a linebacker in the upcoming NFL draft. Littleton’s stock isn’t really affected by the change in scenery, and he should be a solid LB1 again in 2020.

Joe Schobert played some damn good football in 2019. Good enough to earn a 5-year, $53.75 million contract from the Jacksonville Jaguars. Much like Littleton, Schobert excels in coverage. The Cleveland Browns spent some draft capital in 2019 at the linebacker position and were ready to see Schobert leave. They have a lot of big contracts on offense and some big ones coming up and paying Schobert wasn’t part of the plan it seems.

Regardless, Schobert walks into a good situation in Jacksonville. He will be sharing the field with Myles Jack, a massively overpaid perennially underachieving linebacker. Jack has shared the field in the past with Telvin Smith, who was a great IDP linebacker and a great NFL linebacker. Jack has been an ok IDP linebacker since entering the league, but Schobert is the linebacker to own on the Jacksonville Jaguars going forward. With a full season of health, there’s no reason he shouldn’t eclipse 120 combined tackles for the third time in his career.

2019 proved to be a career year for Dante Fowler. It was his second season with the LA Rams after being traded there by Jacksonville. He had career highs in tackles (58), tackles for a loss (17), sacks (11.5), passes defended (6) and quarterback hits (16).

Still just 25 years old, Fowler now finds himself on his third NFL team, the Atlanta Hawks. Fowler signed for 3-years and $48 million. It’s a good move by the Falcons who have had trouble finding consistency in their pass rush the last few seasons. Fowler will get to line up alongside defensive tackle stud, Grady Jarrett, in 2020, and the two should give opposing offensive lines some serious trouble.

Fowler was drafted by Jacksonville number 3 overall in 2015 after only Jameis Winston and Marcus Mariota. It took a few seasons for Fowler’s stat sheet to match his draft capital, but he seems to be maturing into a great pass rusher. Explosive and bendy, it’s not out of the question for Fowler to match or exceed his 2019 season for IDP fantasy football. His designation on Sleeper and ESPN platforms allow him to be played at the DL/EDGE position which is very nice. If your league is on MFL though, he will probably carry an LB designation, which means his overall value is slightly less. This is especially true if your league scoring isn’t unified.

In 2019 defensive end Robert Quinn resurrected his career in Dallas. He posted his most productive season since 2013. In 14 games, Quinn managed 11.5 sacks and 22 quarterback hits. To go along with those tangibles, Quinn also surpassed 50 QB Pressures, per Pro Football Focus. Noone thought or even dreamed that Robert Quinn would be the most productive DE on the Dallas Cowboys in 2019. He outperformed Demarcus Lawerence in every category relevant to the position, and he did it in two fewer games.

All this amounted to a massive contract from the Chicago Bears, 5-years, 70 million. Now Quinn again finds himself playing opposite a brand name edge rusher in Khalil Mack. Quinn will be leaving a 4-3 scheme and entering a 3-4 scheme in Chicago. Not going to get deep into the weeds on this, but know it does hurt his upside a bit. Regardless, Robert Quinn should come cheaply in drafts and has proven himself one of the league’s better edge rushers during his nine seasons in the league thus far. His resume includes a 19.5 sack season, 2 Pro Bowl appearances, and 1 First-Team All-Pro selection. He should be a solid DL2 in 2020.

Jordan Phillips had his first productive season in 2019, posting career highs in sacks (9.5), tackles (31), tackles for a loss (13), quarterback hits (16), and added 2 forced fumbles as well. The Arizona Cardinals took notice and pursued him in free agency. Landing Phillips addresses a huge team need for the Cardinals who are meticulously and aggressively building a solid team around Kyler Murray.

While Phillips did turn in a Top 5 season at the position, it’s important to realize that his 9.5 sacks will be hard to duplicate in 2020. That’s a fairly high number for a DT to hit in a given season and has proven a challenge for others to replicate as well. However, his success in 2019 does provide evidence of a ceiling not many DTs in the NFL can boast.

Now in the desert playing with an All-Pro caliber edge rusher like Chandler Jones and hard-hitting safety in Budda Baker, Jordan Phillips is a player worth owning. Cardinals defense wasn’t much for stopping opposing teams drives in 2019, but they did force a fair number of turnovers. Disruptive defenses can make for some boom weeks in IDP fantasy. There’s another potential DT1 season in Phillips if you play in DT specific leagues. As a DL/EDGE player, Phillips has low-end DL2 upside.

A 4 year veteran in the league, Quintin Jefferson has moved in from the Seattle Seahawks. He now finds himself on a surging Buffalo Bills team that made several big free agency moves. Buffalo is retooling their defensive line after Shaq Lawson, and Jordan Phillips both found new homes in free agency.

For IDP purposes, Jefferson had never been a hot commodity. More of a bye week or injury fill-in player, but the move to Buffalo is still worth noting. In 2019 Jordan Phillips had a very successful season playing next to rookie Ed Oliver and was able to turn in 9.5 sacks. Maybe playing next to Oliver will also help boost Jefferson’s sack totals in 2020. He’s a name to remember.

Here are a few IDP relevant moves of lesser consequence. Still, some moves to be aware of including Campbell to Arizona, Tre Boston getting re-signed, and Eric Reid being released.

There are still a few big names on defense that have yet to sign. Most notably, Yannick Ngakoue, Everson Griffen, and Jadeveon Clowney. It’s an uncommon occurrence that elite pass rushers are having trouble finding a home, but the recent influx in talent has hurt the market. Keep up with all things IDP fantasy football by adding The IDP 411 podcast to your fantasy football rotation and keep those dynasty rosters in tip-top condition by joining the Nerd Herd!