2 weeks down, but a lot to breakdown. @OmalTheAlleyCat gives us his Big 3 Takeaways from Week 2 of NFL action and how we should react. 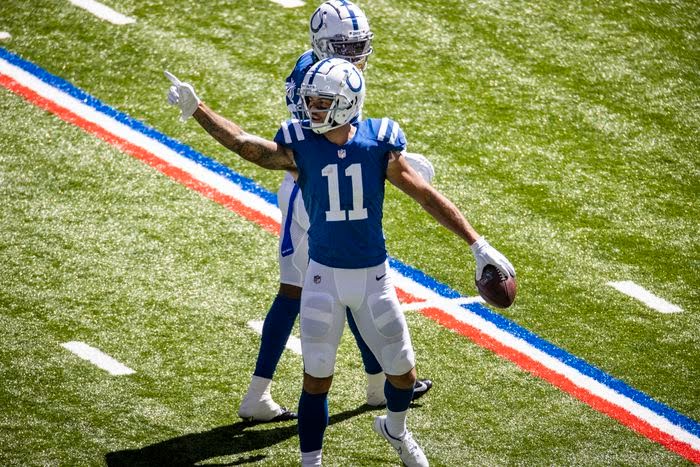 Week 2 of the NFL season brought us many entertaining contests. With these battles on the gridiron, we would be left with much to digest and break down. I bring you my 3 Big Takeaways from Week 2 of the NFL that we can use to possibly improve our dynasty teams. If you’re not constantly looking to better yourselves, you will never grow. Like Bruce Lee once said, “running water never goes stale.”

Third-year tight end TJ Hockenson is breaking out and putting the league on notice. Looking like the number 1 option for Jared Goff and the Detroit Lions offense, Hock is opening up many eyes. This past weekend I didn’t even need to see his performance on Monday Night Football, and I was already bumping him ahead of George Kittle in my dynasty rankings.

Some may say that is reckless practice. Why not wait until the game is over? To be frank, it was to make up for the egregious error on my part ranking him behind Kittle, to start. San Francisco has a big three of notable receiving targets, and this is already an offense that would rather run the ball. Detroit, on the other hand, is still trying to make sense of their receiving options. Other than TJ, it looks like D’Andre Swift and Jamaal Williams may be Jared Goff’s only reliable reads.

Hockenson is only getting better with every week that passes by, and I expect nothing less than him to be on Darren Waller’s heels for my Dynasty TE2 by season’s end. Overpaying for the 24-year-old will not be a bad move in a short time. It’s HockenSZN baby, only two weeks in, but it took me far too long to smell the coffee.

It’s not too surprising to see some of the QBs that are dominating the NFL landscape. Patrick Mahomes, Kyler Murray, Tom Brady. Names that will all but assuredly be in every MVP discussion and pacing to take their teams far into the postseason. Not-so-common names that are opening eyes and can be in the running for MVP if they maintain their pace, Derek Carr and Kirk Cousins.

After two weeks, Derek Carr is leading the league in passing yards with 817. This is 128 yards ahead of the man in second place, Patrick Mahomes. Not too shabby, but we’ll need to see more than the 4 TDs that Carr has so far if he is going to get the people out of their seats. He looks like a starter we can count on in games with shootout potential.

Tied for fifth with 5 TDs and ninth in passing yards, Kirk Cousins is balling out of his mind. KJ Osbourne has emerged as an interesting slot target. Justin Jefferson and Adam Thielen, who are fresh off WR1 campaigns in 2020. Both are looking to run back those performances like Devin Hester in his prime taking a punt return to the house.

As loaded as the offense is for Cpt Kirk, it’s the Vikings defense that has me believing in the Vikings QB in fantasy. Putting up big numbers doesn’t seem that impossible of a task for opposing offenses. This will create blowup game potential for all the pieces involved.

Both QBs will never provide the rushing floor that we see from many QBs these days that everyone covets. Both QBs aren’t young bucks either (Carr 30, Cousins 33). That makes throwing low-end talent, or later rookie picks moves that can prove to be very rewarding this season. I will not be shocked when both Derek Carr and Kirk Cousins’s names begin to pop up in MVP discussions in due time.

Jim Irsay must have made a deal with the devil. It’s the only explanation for the Indianapolis Colts always seeming to have a consistent pro bowl level Wide Receiver. From Marvin Harrison to Reggie Wayne, and recently it was TY Hilton. Indy receivers are often making life difficult for opposing cornerbacks. Next in line is the former USC Spartan, Michael Pittman.

In year two, Week 2, Michael Pittman would see his second career 100-yard game. Career highs in targets (12), receptions (8), and yards (123), all while in a tough matchup with the Los Angeles Rams, Michael Pittman would take that step towards being the next great wide receiver in Indy. More importantly, he developed this connection with new Colts QB Carson Wentz. These two will be integral to the success of the Indianapolis Colts in 2021 and beyond.

Sending a 2022 1st round rookie pick is a no-brainer. If they don’t bite for that, then perhaps send Melvin Gordan and a 2021 2nd. This is not a player I am comfortable overpaying for. This does not mean I’m disinterested. Don’t overpay, but get your guy before it’s too late.

That’s going to leave a mark: Week 2 Rehab and Recovery
Tracking Translation – Week 2: Should Pitts Just Be a Wide Receiver?