New to #IDP and sick of trying to figure out player values? @Spydes78 has the cure for what ails you! If you’d like the inside track on a game within the game, come on down! 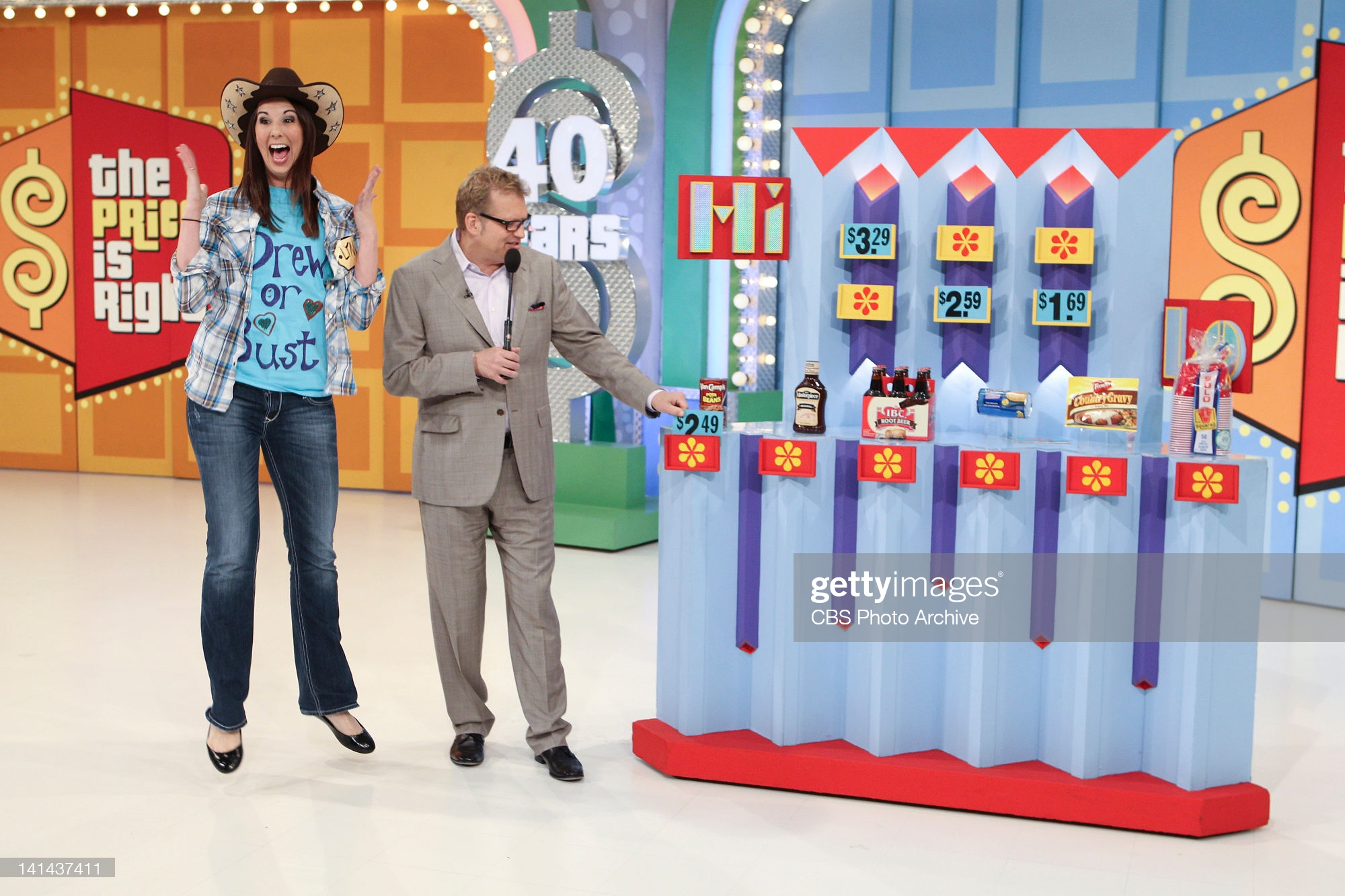 These days there is a rightfully heightened sensitivity to any symptoms of illness. But certainly, at some point, we have all been laid up by a common cold for a day or two. And, if you’re anything like me, there is but one salve for the soul during a nuisance sick day at home: The Price is Right. Absolutely no over-the-counter remedy can compete with the cornerstone prospect of a midday Showcase Showdown.

But why reserve all the game show fun for days when you’re in need of a pick-me-up? And why predict pedestrian grocery prices when there is football to speculate upon?

With this in mind, I give you “IDP Hi-Lo”! Inspired by the classic The Price is Right game, I will present a sampling of defensive players at their present ADP, provide some background, and then tell you if I believe the price is too high or too low.

Does that sound like fun?  Well come on down!

Simmons was a sizzling hot commodity in 2020 IDP rookie drafts. In fact, Las Vegas had him behind only Chase Young as an odds-on favorite to win defensive rookie of the year.

However, the opportunities never really surfaced for Simmons in Arizona, logging only 376 defensive snaps during his rookie campaign. Even more damning, when he did see time, the Cardinals misappropriated Simmons’ versatility by deploying him all over the alignment. According to PFF, Isaiah Simmons had a snap distribution that included EDGE, box safety, free safety, off-ball OLB, slot CB, and outside CB. This uneven deployment resulted in an overall defensive grade of 59.9, a rank of 29th among qualifying linebackers.

In 2020, the inside linebacker roles for Arizona were primarily manned by Jordan Hicks and De’Vondre Campbell. The club did not retain Campbell, and Hicks has been permitted to seek a trade, so it’s safe to say that the linebacker corps will be revamped in 2021. However, Arizona recently invested first-round capital in Zaven Collins, and I anticipate that he will assume the Jordan Hicks role. So the best case for Simmons is to lock up the Campbell role, but this would assume that the Cardinals do not go overboard with a multitude of assignments for the versatile defender, a pitfall of 2020.

At his current Sleeper ADP, Simmons is being valued greater than iconic linebackers Fred Warner and Bobby Wagner.

Verdict: Too High. I love Simmons’ potential, but there are too many established options at that price point. Don’t pay top dollar for possibilities.

As a head coach with a defensive pedigree, the Chargers’ Brandon Staley represents an uncommon hire in the modern NFL. In a league predicated on scoring, the top opportunities are often awarded to candidates with the promise to light up a scoreboard. Instead, Los Angeles opted for an impressive young coach with a reputation for score prevention.

As an import from the Rams, one asset that Staley longed for with his former team was a top-notch middle linebacker. He needed only to move across town to find Kenneth Murray as that impact player to build around.

The Chargers showed tremendous faith in Murray when they made him the 23rd overall selection in the 2020 NFL Draft. He rewarded their investment with an excellent rookie season which included 107 combined tackles, 68 solo tackles, 5 tackles for loss, and 1.0 sack. Murray was a stalwart of the defense, starting all 16 games and logging 93% of the available defensive snaps.

On Sleeper, Murray is currently being drafted after Micah Parsons and Khalil Mack. Parsons is widely regarded as the top linebacker of the 2021 rookie class but finds himself in an uncertain role amidst a crowded Dallas depth chart. And Mack is unquestionably a top edge rusher; however his age (30) and tackle ceiling pose concerns for his value.

Verdict: Too Low. As a talented middle linebacker on an ascending unit, I believe that Murray possesses off the charts potential. I am intrigued to see how Staley will deploy this budding star and think he is a steal as the 25th linebacker off the board.

A highly touted rookie out of Notre Dame, Jeremiah Owusu-Koramoah has undeniable big-time potential. With excellent coverage abilities and the versatility to fill multiple roles, the Browns were delighted to lock him up in the 2nd round of the 2021 NFL Draft.

However, ‘JOK’ is not without concerns. At 6’1” and 215lb, he is undersized for a traditional linebacker alignment. Given the size limitation and his diverse talents, it is reasonable to suspect that Cleveland may deploy him as a Swiss Army knife across multiple positions. But, as we saw with the aforementioned Isaiah Simmons, this type of usage can significantly restrict player productivity.

Cleveland also bolstered their linebacker corps by signing free agent Anthony Walker, Jr. And I anticipate that, at least for the immediate term, Walker, and not ‘JOK,’ will have the most dependable usage. Dynasty Nerds’ IDP rankers appear to agree with this projection, ranking Walker as the 45th overall linebacker compared to ‘JOK,’ who is ranked 57th.

Owusu-Koramoah is currently being chosen over Jayon Brown and Demario Davis. These are IDP staples with established productivity floors that I would gladly welcome to my roster.

Verdict:  Too High.  I get it. Rookies are a major part of the appeal to dynasty fantasy football. Everyone wants to be the first to plant their flag on the next superstar, and I am no exception. However, as the LB34, ‘JOK’ is simply being over-drafted, and you’d be wise to steer clear in favor of less sexy but more dependable options.

If you read my overview of the Eagles defense for 2021, you already know that I am optimistic for Eric Wilson.

In 2020, Wilson enjoyed a breakout season with the Vikings, finishing 11th overall in IDP123 scoring. During the offseason, he signed with Philadelphia. As a former Vikings assistant, new defensive coordinator Jonathan Gannon clearly prioritized Wilson’s experience with the scheme.

As a handpicked free agent joining a thin linebacking depth chart, Wilson is primed for significant and immediate opportunities at the premier IDP position.

Linebackers currently being selected prior to Wilson include Jordan Hicks and Leonard Floyd. As mentioned earlier, Hicks now finds himself without a reliable job due to the addition of Zaven Collins in Arizona. In addition, at age 29 and with a significant injury history, longevity is starting to be a concern for him. Leonard Floyd enjoyed a bit of a resurgence with his move to the Rams last season. However, ultimately he is still an edge-rushing outside linebacker who has struggled with consistent productivity.

Verdict:  Too Low.  As a starting middle linebacker with no real competition, Wilson’s current ADP is simply laughable. A guy who finished the season as an LB1 at LB6 prices? Sign me up every time!

Dre Greenlaw must have the worst publicist on the planet. It’s the only way that I can explain how the IDP community consistently overlooks this established performer.

Analytically speaking, Greenlaw measures up as well. PFF assigned him a defensive grade of 59.8 for the 2020 season. This grade was 30th best among all qualifying linebackers.

If you follow the San Francisco beat, Greenlaw is firmly entrenched alongside Fred Warner as a starting linebacker tandem.

From an ADP perspective, Greenlaw is currently behind players like Jordyn Brooks and Micah Kiser. Brooks has high draft capital and is likely to have a more significant role with the Seahawks this season. However, he lacks established productivity and thus is purely a speculation play. And Kiser, over his three-year NFL career, has amassed 81 total combined tackles, fewer than Greenlaw has collected per season, on average.

Verdict:  Too Low.  Much like Wilson, this is an easy one. Take advantage of a serious blind spot, and snatch up Dre Greenlaw wherever possible. He has very real LB2 upside and is practically free in startups.

Well, I hope you enjoyed this little exercise. Remember that you don’t necessarily need to feel under the weather to revel in the game show spirit. IDP glory is always waiting, so go out and snag that linebacker that wins you a championship. Just be sure that the price is right!

I thoroughly enjoyed bringing you this piece, and would love to continue the conversation on linebacker values.  Please feel free to comment below or contact me @Spydes78 on Twitter.  And also, stay tuned to @DynastyNerds for a steady pipeline of content from our eminently qualified staff to carry you through your offseason.  Enjoy the grind!