Get Your ‘Penny’ Stocks 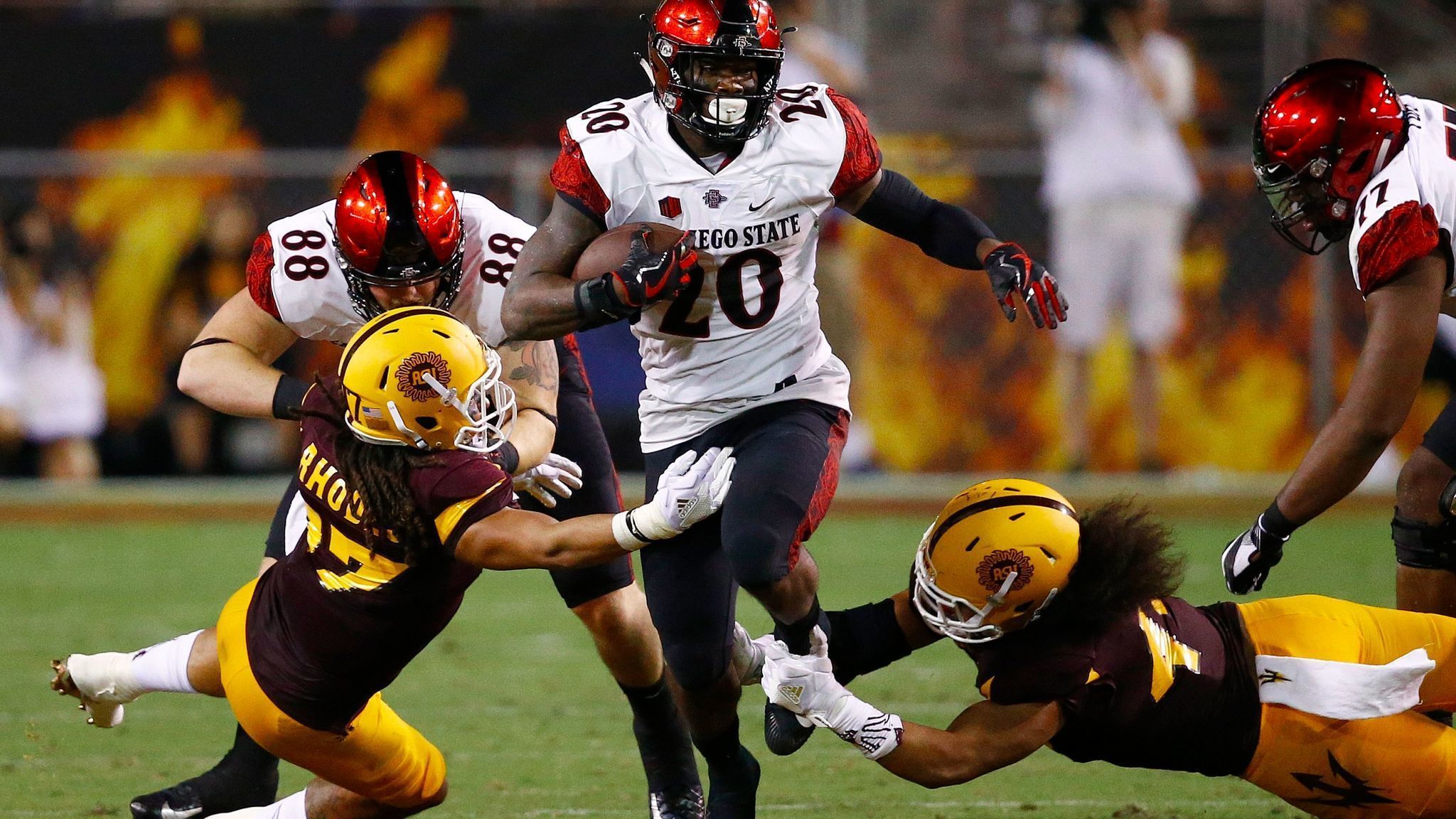 2017 saw an unearthing of Rashaad Penny. The San Diego State Aztec saw the first 3 years of his career on the sideline, watching Donnel Pumphrey set countless NCAA records. As many of you know, Donnel Pumphrey was then drafted by the Eagles in 2017, leaving the backfield in the hands of Penny. He certainly didn’t disappoint.

The 21-year old measures in at 5’11”, 225 pounds. Thus, he has the size that is required to be a feature back in this league. Adding to that, although he weighs 225, he runs with the speed and agility of a RB who’s 190 pounds. For a guy of his size, the guy can shift! Draft Analyst’s Chris Tripodi is of the opinion that Penny “projects as a versatile three-down back,” with the outlet assigning him a third-round grade.

There can’t be any doubt that he’s a talented rusher. Furthermore, he has 7 return TDs this year to showcase his explosiveness. One question mark in the pre-draft process will be his ability in pass protection, and receiving out of the backfield. He’s not totally useless in that regard as he has 34 receptions for over 300 yards in the last 2 years. However, it’s becoming more and more of a requirement in the league now. RBs can’t be one-dimensional. Additionally, having not played in a pro-style offense, his ability to block and pick up blitzes may be questioned.

You would think that with such an impressive campaign, Penny would join Marshall Faulk as the only other Aztec to be nominated as a Heisman finalist. Ultimately, he was not, with many analysts speculating that this was due to playing in the Mountain West conference with perceived inferior competition. Such assumptions will also be questions that scouts will be asking themselves as they evaluate. How would he have fared playing against the likes of Alabama, Ohio State, etc. Obviously, that’s a knock against all small school players, and some pan out. So, we can’t hold it against him.
Penny’s draft stock appears to be quite volatile. Early reports vary greatly as to where his value will fall. This is reciprocated by dynasty rookie drafts. It’s far too early to gauge how he’ll be valued by NFL teams. I’ve seen quite a few early rookie drafts with him in the 2nd and 3rd rounds. At that price, I’ll be grabbing as many Penny stocks as I can. Don’t be surprised to see him rising into the 1st round of rookie drafts if an NFL team takes him earlier than expected in the draft.