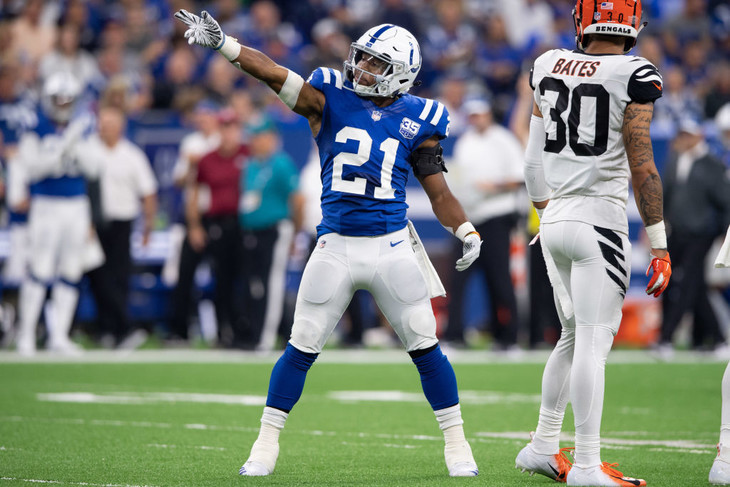 If you play in a (PPR) point per reception league, chances are that you know the names above, as well as the names of their pass-catching brethren, all too well. It isn’t as if the names of the cheap running backs which can typically be had late in your dynasty drafts are whispered on the draft day winds like a closely guarded secret. In fact, this draft strategy is quite well-known and talked about openly. In the years since PPR has become the de facto scoring system in dynasty leagues, one of the most basic dynasty strategies is to “get those PPR backs!”

Remember, your goal in playing in a league should be to win that league. No titles are given for having the coolest draft strategy or getting to say “I told you so” when you stumble upon the best late round sleeper. In order to win a championship in fantasy football, you need to roster and start the players who score the most points. Do those “satellite backs” help you accomplish that goal or do they hold your starting lineup back like an albatross around your neck? Is there a positive correlation between the number of targets a running back receives and their points per game?

And this is what all of us believe to be true, is it not? McCaffrey! Saquon! Zeke! Kamara! Are they all ranked highly in this data? Of course! That’s one of the reasons as to why those players are drafted as highly as they are. Does this hold true for all of the running backs?

Well, when you look at the ranks of each of the 141 running backs in 2018 and use a simple linear regression, there is a strong correlation between targets per game and points per game – an r-squared value of .7571.

For those unfamiliar, let me provide a brief explanation of what that means.  Each dot on the plot below represents one of the 141 running backs.  We attempt to see how closely they would fit a trend line.  This is relatively easy to do in most spreadsheet programs like Excel.  The closer the dots are to the line, the better our hypothesis.  Clearly, however, in the real world, especially with something like fantasy football data, they won’t all line up perfectly.  The “r-squared” value is, in essence, how close our dots get to this “perfect scenario” line.  It measures the strength of the relationship between the model and the actual outcome and provides a scale from 0% (not at all correlated) to 100% (perfectly correlated.)  Without getting too technical, as different fields and different models have different expectations over what is a “good” r-squared value, the higher the number, the better.

Again, without being too argumentative or philosophical, as a math person, finding an r-squared of .7571 for our model would allow me to use the highly technical phrase “hey, that’s pretty darn good” for our results.

When you dig deeper though, the answer is not nearly so definitive. Using all of the 141 running backs in this study is somewhat silly, as the players in even the deepest of dynasty leagues aren’t starting players like Alex Armah or David Fluellen. Therefore, I restricted my analysis to only running backs who received an average of at least three targets per game. I chose this number for no other reason than it seemed to give me roughly the top 35-40 running backs (i.e. about the top 25-30%) in targets per game in any given season. Makes sense, doesn’t it? Why not look at only the running backs who are most involved in their teams’ passing games?

It may surprise you to know that restricting the results to only those running backs “most involved” in the passing game yielded some striking results.

Potentially even more surprisingly, the names of some of the running backs who broke the model the most?

Of the top twenty-four most targeted running backs in 2018, eight (one-third!) did not finish as even a RB3 in terms of points per game. Are those the types of players you want starting on your fantasy teams?

Are they relatively cheap? Yes.

Are they good in a pinch for a bye week? Sure.

But will they win you championships? Probably not.

This author fully subscribes to the adage…

“every strategy works when you draft the right players.”

Do these discrepancies hold true for every running back with an “I’m mostly just a pass-catching running back” lineage? Of course not. Players like James White and Tarik Cohen are sprinkled in the RB1/RB2 range amongst their more highly drafted peers. What is the difference then?

Analyzing the four years prior only solidify the notion that being involved in the passing game does not directly correlate to fantasy success.

When looking even more closely at the data, we can start to see some of the shine come off of the fools’ gold of some of the dynasty darling late round pass catching running backs.

Let’s take Theo Riddick, one of the most popular names in this group over the years, as one of our examples.  In 2016, he finished third in targets per game and eighth in points per game amongst running backs leading to an immense rise in his ADP and making him a popular trade target to fill a running back slot in many lineups.

His other finishes in this article’s dataset?

Granted injuries have very much limited him, but what about a late round fan favorite like Darren Sproles?

This study did begin by focusing solely on targets per game, not actual receptions. Surely if we adjust things and look at receptions per game versus points per game, things look better, right?

Of the 36 running backs with the most receptions per game, 14 finished lower than an RB3 in PPR points per game.

Should you avoid these players altogether?  Certainly not, but don’t let their pass-catching prowess overinflate their value in your drafts making you reach for them.  Running back definitely falls off quickly in drafts, but don’t count on getting too cute and expecting RB1/RB2 level production from these types of players.

Why You Should Buy On Rashaad Penny