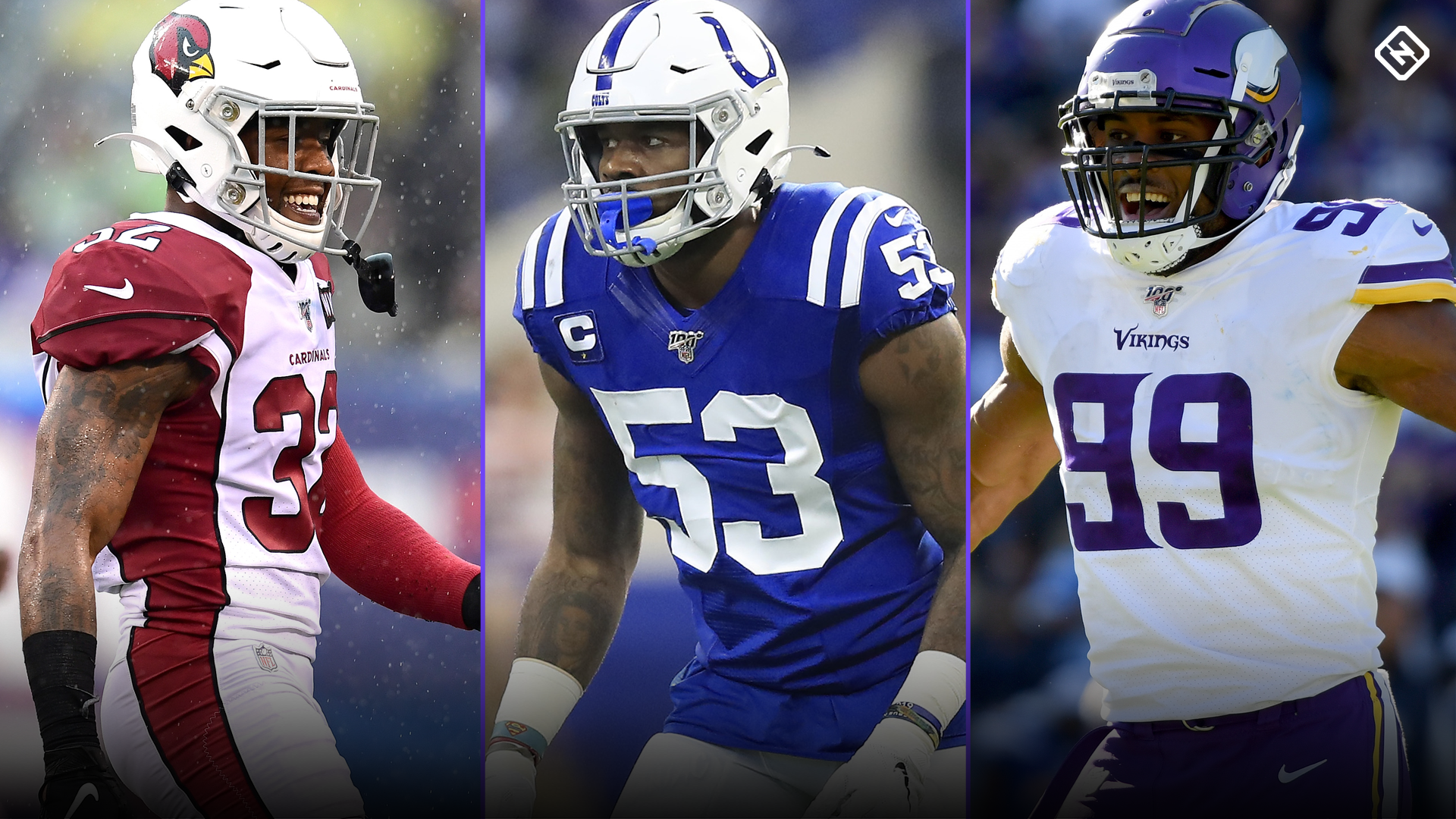 Let’s get started and see what Week 1 has in store for us.

In DT required leagues, this is a no brainer. Buckner finished as #3 DT last season after recording 62 tackles and 7.5 sacks. The star of the 49ers defensive interior since being drafted, Buckner was traded this off-season to the Colts and now draws an easy Week 1 matchup against the Jacksonville Jaguars. Buckner has played a minimum of 49 snaps in his last eight games and is projected at 15 points this week against a Jaguars offensive line that allowed 41 sacks last season. Fire up Buckner in his debut as a member of the Colts.

This name will change to Cole Holcomb at some point this year, or at least I’d like to think so. The bottom line is the Washington defense is going to be on the field a ton in 2020. Playing LB behind a defensive line this talented should free up anyone to run free and make tackles. Jon Bostic looks to have won the job as the middle linebacker to start the season and will wear the green dot. Something tells me the combo of Bostic and Thomas Davis won’t be able to stay on the field for 90% of snaps like most LBs are accustomed to. Jon Bostic was able to play 91% of the snaps for Washington last season and recorded a career-high 105 tackles.

I know how crazy it looks to see Jerry Hughes’s name on the start list. He had a very disappointing 2019 season, totaling 4.5 sacks, tied for 85th in the NFL. I’m either going to look smart or untrustable after this call, but in deeper leagues where the Bills pass rusher is likely on your waiver wire, this could be a startable week for Hughes.

There’s no debating how bad Hughes struggled to get to the quarterback in 2019 as he was easily out-performed by both Jordan Phillips and Shaq Lawson, who left in the off-season through free agency. Although the Bills rotate their defensive linemen at one of the highest rates in the NFL, I do believe Hughes can produce this week. Despite such a low sack total last year, his best game was against the New York Jets, where he produced 3 tackles, 1.5 sacks, 2 QB hits, and 2 passes defended. The Jets have attempted to fix their offensive line, but I wouldn’t bet on it improving by leaps and bounds by kickoff on Sunday. The Jets gave up 52 sacks last season and an adjusted sack rate of 9.2%, which was 3rd worst in the NFL, according to footballoutsiders.com.

I’m excited to see Christian Kirksey play football again after playing in only nine games in the past two seasons due to injuries. The former Cleveland Brown comes to Green Bay to replace Blake Martinez, who has been an IDP star with three straight 140+ tackle seasons, including 155 in 2019. In 2016 Kirksey produced his best season playing inside LB with 148 tackles and 2.5 sacks. He will play the same position for the Packers.

If Kirksey can stay healthy, he will be on the start list more often than not this season. I think this week he may struggle if you’re expecting him to be a plug and play replacement for Martinez.

The Packers defense struggled last season against the run, and it showed on the stat sheet, of the top five leaders in combined and solo tackles in 2019, Blake Martinez was the only linebacker. The Packers draw the unfortunate matchup of the Minnesota Vikings, who finished top 5 in rushing attempts per game in 2019. It’s unlikely they can control the line of scrimmage much like last year where they finished 8th in yards per carry at 4.7 per to pro football reference. I fully believe Christian Kirksey will have some big weeks, but after a two-year layoff, I just need to see it first.

Despite a career year in big plays, it’s unlikely Fitzpatrick continues to produce this consistently into 2020 when teams can gameplan for him a bit more than just week to week adjustments. The splash plays lead to some giant weeks for the former Alabama safety. He had 10 in total (5 INT,2 FF,3 FR) and two defensive touchdowns. As a dynasty manager, this was a huge bonus considering Minkah lined up at deep safety 90% of snaps.

There’s early speculation that Terrell Edmunds will play closer to the line of scrimmage this week to take some pressure off of Devin Bush and Vince Williams, who missed too many tackles last year. This will leave Minkah in a deep safety role and limit his tackle upside. In the final five games, Minkah failed to record any turnovers or sacks, resulting in him scoring under 10 points in all five games. I think it’s likely we will see more of the same in 2020. The safe bet is for Minkah to be a DB2 most weeks, so I’m not saying don’t ever start him but expecting a repeat performance from 2019 seems very unlikely.

That’s it for this week nerds! The first few weeks of the season make things a bit difficult on dynasty managers as we don’t have a good gauge on snap counts or true positions with scheme changes so bear with me as we get all that information in the first couple games. I Look forward to the games this weekend and happy football is back to bring some normalcy to our lives. Follow me on twitter @Glosser13 I’m always here to help my fellow Nerds chase those dynasty championship dreams.