@Glosser13 is back with a new look Start/Sit article for week 11. Get your IDP questions answered with one of our favorite analysts. 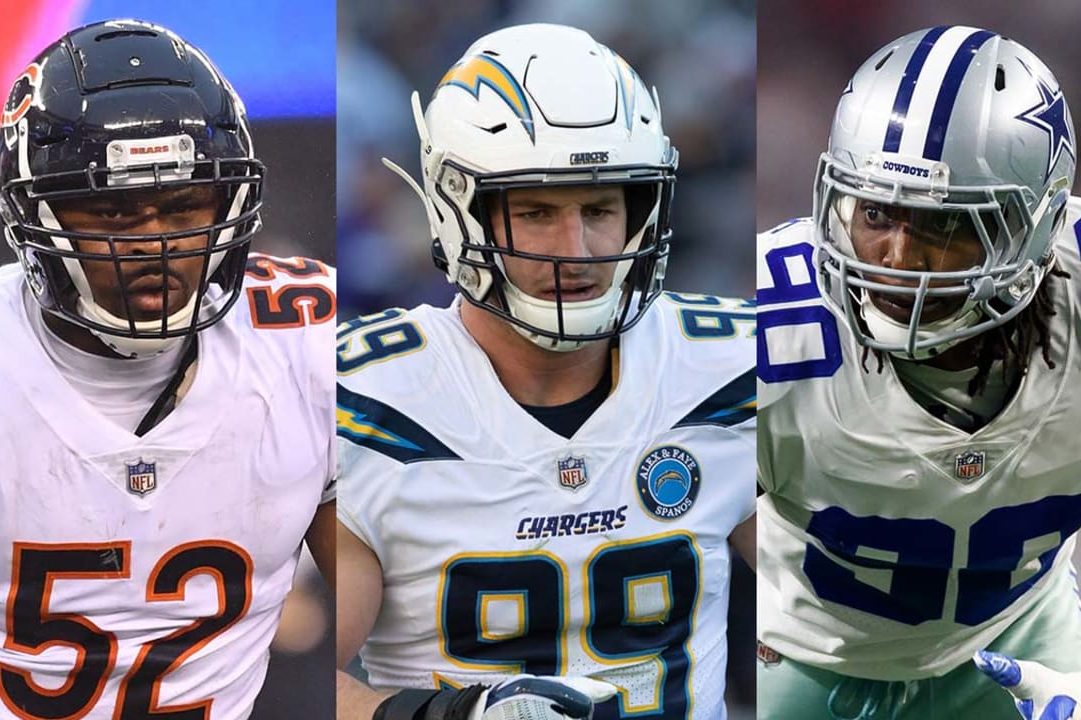 Greetings Nerds, we are officially less than a month away from the fantasy playoffs starting. At this point, the waiver wires become thinner. Trade deadlines have more than likely passed, and the pressure of needing wins becomes of the utmost importance. The weekly waiver wire and start/sit article is a must read going forward to make sure you are gathering all the information needed to make the best lineup decisions from now until the end of your season. Hopefully, the end of your season will be each of our loyal readers winning a dynasty championship.

Finally broke the two weeks stretch of 50% accuracy with some players performing well in plus matchups in week 10. As each win becomes more important, the level of performance does as well. In the final weeks of the 2020 season, all hits and misses will be judged as everything over double-digit points as a hit and anything under a miss. It’s important for me to challenge myself to make sure I’m giving you guys and girls the best advice possible as you fight to win those league championships.

This week I’ve decided to switch things up again. I’ve been doing full breakdowns of three players at each position all season. As the playoffs draw closer, I decided to try a one-week trial basis where I break down a total of four players per position. Each player will receive a quick breakdown of my reasoning for being a start or sit. Hopefully, this can expand your options when hitting submit on your lineups this week.

There’s no denying Joey Bosa is a stud DL anytime he’s available to play. In recent weeks he has not been available with back to back weeks he wasn’t able to suit up. Dynasty fantasy football is so often a game where you’re only as good as your last game, and Bosa is in some ways a forgotten man this year. Joey Bosa is the DL37 in IDP123 scoring but does have 4.5 sacks in seven games played this season. The Los Angeles Chargers reported that Bosa has cleared concussion protocol and should be set to play this week. I love his chances to put up a big game against a New York Jets team that has allowed 26 sacks this season.

Chase Winovich has had a rollercoaster of a season in 2020. He started the season very productive as an EDGE rusher despite playing minimal snaps. As the production dropped off, so did the snaps as a three-week period. He only saw 43 snaps total for a defense that was on the field a ton. In the past two weeks, Winovich has seen time at an off-the-ball linebacker role and really showed his versatility.

In Week 10 against Baltimore, he recorded seven tackles on 67 snaps played both season highs. Winovich is likely benefiting from Juwan Bentley’s inability to play. Regardless it’s nice to see him on the field and producing. If Bentley is inactive again, you are afforded the opportunity to play Winovich in a DE spot while he’s playing an LB role. One of the things you should always be looking to take advantage of in dual eligibility leagues.

Yannick Ngakoue was on pace to record a top-ten DL season before being traded from Minnesota to Baltimore in Week 7. In six games played with Minnesota, Ngakoue was able to register five sacks and two forced fumbles. Since joining the Ravens, playing a new role, he has recorded just three tackles in three games played. It may take him some time to learn a completely new defense, but as a dynasty manager, we don’t have that same luxury, especially this late in the season when wins are very important. I want to see Yannick put up a double-digit game or two before he’s confidently in starting lineups again.

A very up and down season for the Chiefs Frank Clark, who currently ranks as DL40 in IDP123 scoring. Clark recorded his first double-digit performance in a month with a 13-point performance in Week 9 on a season-high 71 snaps played. Frank Clark will lineup across from the Las Vegas Raiders this week, a team he hasn’t scored double-digit fantasy points against since week 17 of the 2018 season.

The Green Bay Packers defense just hasn’t been the same over the past month of the season. A huge part of that was Christian Kirksey heading to short term IR. He returned last week and didn’t miss a beat with his third double-digit fantasy performance in four games. Kirksey was a tackling machine over the first two weeks, and I expect him to return to form now that he’s healthy. The Packers defense will play the Colts this week, which allowed two LBs last week to record at least six tackles. Kirksey will have a chance at another double-digit tackle game, making it his third this season in just five games.

The Houston Texans have a bad defense, and sometimes that leads to IDP gold, and that’s been the case with Tyrell Adams. After Benadrick McKinney landed on IR, ending his season, Adams took over and delivered for dynasty managers who took a chance by acquiring him on waivers. Since taking over in Week 5, Adams has recorded 49 tackles in five games, including three 10+ tackle games. There’s nothing better than finding an LB on waivers who is just smashing for your dynasty team, and Adams has done just that. He’s averaging 19.2 fantasy points per game.

The Bengals LB group this season has been lackluster, to say the least. Cincinnati has played five different LBs this season, and none have played more than 70% of snaps all year. While there’s a solid tackle floor with Josh Bynes, the big 20-point week is almost an impossibility due to his snaps played. There are better options as we draw closer to the playoffs.

Kwon Alexander had his moment in time as one of the most highly drafted LBs in all of IDP dynasty fantasy football. After injuries, free agency, and trades, it seems like we are mostly holding onto name value for a player of what could have been. Kwon is still only 26, but playing on a new team in a system he’s not familiar with makes it unlikely to see consistent production from him. Demario Davis will be the LB that produces the most every week, and Kwon likely takes on Alex Anzalone’s role, who has a whopping 32 tackles on the season. I’m fading Kwon until something changes, and he proves that he can be trusted for IDP production again.

I’m going to keep pounding the table for one of the most disrespected DBs in all of fantasy football. All Vonn Bell does is produce and give dynasty managers a chance to win games every week. He’s the only Bengals DB to play 100% of the defensive snaps this season. Bell has scored at least nine fantasy points in every game this season, and his tackle floor is as consistent as it gets. The Bengals will face a Washington team that allowed 28 tackles to starting defensive backs a week ago.

There were serious doubts that Keanu Neal would ever play football at this high level ever again after back-to-back season-ending injuries. Quietly Keanu Neal is having a very good 2020 season. His eight fantasy points in week 9 were his lowest since Week 1. Currently, Neal ranks as the DB29 in IDP123, scoring that allows dual eligibility, or he would be higher. Atlanta will be coming off the bye week to play the division rival Saints. I expect a big game from Neal and the Falcons defense with backup Jameis Winston at QB.

J.C. Jackson has taken the next man up philosophy in New England and ran with it. Jackson has been flawless in IDP leagues, more specifically CB-required leagues. J.C. Jackson has eight splash plays in nine games played. He has recorded either an interception or fumble recovery in all but one game. The Patriots go-to corner now that Gilmore is out has recorded an interception in five straight games. Once teams stop throwing at him as much, his opportunities will go down and his fantasy production. Jackson has recorded two tackles or less in six of his eight games played. As a dynasty manager, you are banking on an interception for him to produce. Eventually, you will run into a bad game. I feel that could be this week, and this is a chance to get out ahead of it.

There are very few DBs I enjoy watching play as much as the Honey Badger. But, I set personal preference aside when it comes to forecasting fantasy production. The Numbers in this situation tell a story I wasn’t aware of. Tyrann Mathieu is the DB44 this season, including posting two 20+ point games. The reason for my suggested sit this week is Mathieu has only had double-digit fantasy points once in his last four matchups against the Raiders. In fact, his 11-point performance last season was more than he totaled in the other three games combined. The production against the Raiders is too inconsistent, and with Daniel Sorensen being a must-start every week, it makes sense to sit Mathieu this week.

Alright Nerds, we are on to Week 11. I hope you guys find this week’s content helpful, and if you need to reach out, I’m always available on Twitter. Feel free to reach out anytime and keep chasing those dynasty championships. I will be back again next week.