IDP123 reigns in Week 2 as @Glosser13 brings you the start/sit plays win your week. 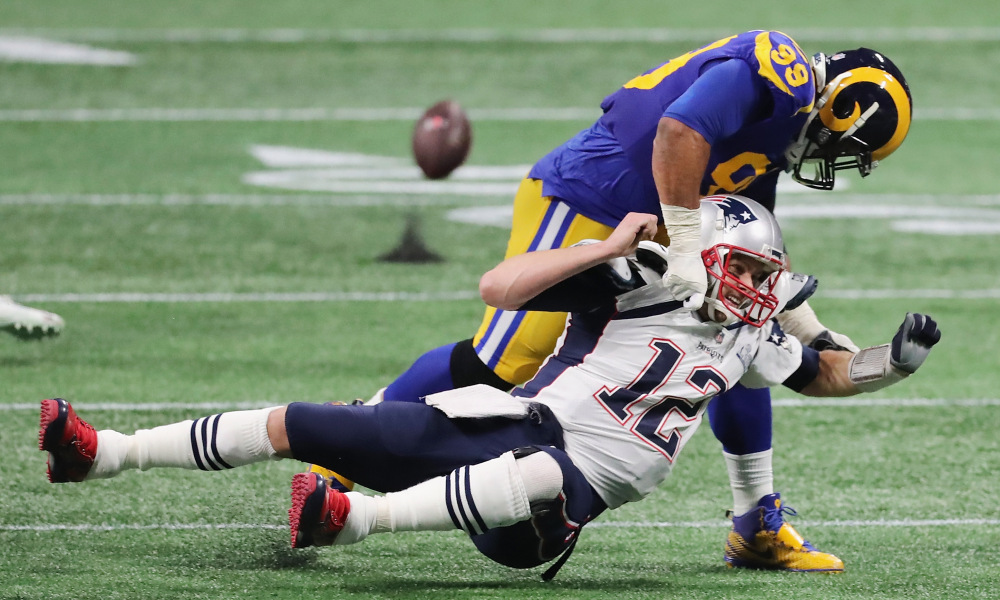 Hey Nerds! As we continue to grow our IDP content here at Dynasty Nerds, we are excited to bring you a weekly start and sit for the 2020 NFL season. The weekly recommendations are based on our default scoring IDP123. Players will be broken down by the three major positions (DL, LB, DB), with five to six defensive players per week. It’s common knowledge that you start your studs every week, which doesn’t change on the defensive side of the ball. This article will help you make the more difficult decisions before hitting submit on Sunday morning much easier on you.

Week 2 is upon us so let’s talk defense.

It won’t be too much longer that I will be able to include the former Mississippi State standout as a start in this column because he should be a plug and play starter for you going forward. In his season debut, Abram scored 24 fantasy points. His ten solo tackles were tied for second among all safeties according to Pro Football Focus. It’s hard to believe this was Abram’s first full game as a pro, but he is officially a problem that offensive coordinators will have to plan for. Abram played 100% of snaps in week 1; 67 snaps total with 40 coverage snaps, 26 run defense snaps and one single pass rush snap. The Raiders will open their new stadium against early NFC Super Bowl favorites the New Orleans Saints. The Saints gave up 5+ tackles to three different defensive backs in week one, a welcoming sign for Abram and the Raiders defense.

It’s incredibly tough to trust Patriots players in fantasy football in general, so this one feels a bit risky. Chase Winovich is given dual eligibility on some platforms, as well as being able to be used as EDGE designation in others. Chase Winoivich played just 67.7% of snaps in week one, collecting six tackles, four solo tackles, while also registering one quarterback hit (QBH) and one tackle for loss (TFL). Winovich scored 13 fantasy points on just 42 snaps without recording a sack while finishing second on the team in tackles in week one. The Patriots head to Seattle for a Sunday Night Football matchup with the Seahawks, who gave up three sacks in week one. There’s a very realistic chance Winovich could put up double figures again this week.

The Carolina Panthers draft-day trade up in the 2nd round of the 2020 NFL draft took one game to pay off. Jeremy Chinn may have been a small school college prospect, but he proved he belongs in the NFL, earning a start in his first game with Carolina at strong-side linebacker. Jeremy Chinn, alongside Shaq Thompson, played 100% off the defensive snaps against the Raiders, finishing with eight tackles total, including seven of them solo. According to PFF, Chinn played 63 snaps, with 31 run defense snaps, three pass-rush snaps, and 29 coverage snaps. The Panthers have been very excited when they talked about Chinn’s versatility this off-season, and it showed by his usage in the first game. The platforms that use dual eligibility make Chinn extremely valuable. Week two brings on a frustrated Tampa Bay team that will likely be on the field all afternoon. With the number of snaps Chinn played in the opener, he could be poised for another big game.

Jabrill Peppers was a productive IDP in 2019 before missing the final five games with a fracture in his back. Since then, things have changed, and the New York Giants have brought in Blake Martinez in free agency who has had at least 144 tackles in each of his last three seasons. I believe with Blake Martinez in the middle of the Giants defense it will affect Peppers tackle numbers negatively, leading to lower scoring weeks. Jabrill Peppers only registered one solo tackle in week one, and he gave up three receptions on four targets, according to PFF. Blake Martinez collected 12 tackles one Monday night football, and five different Giants defensive backs all registered more solo tackles than Peppers did. The 10.90 fantasy points scored by Peppers was his lowest total in a game he finished since Week 2 of last season. This isn’t me telling you to sit Peppers as much as it is to lower your expectations of him for the time being.

The Arizona Cardinals defense had the top-scoring LB and DB in 2019 with Jordan Hicks and Budda Baker. After an active off-season and many names added at the LB position, the expectations of the Cardinals IDPs were a bit unclear. After week one, Jordan Hicks and De’Vondre Campbell were the only two LBs to play 100% of the snaps, Campbell is a bit of a surprise, and he managed to score 12 fantasy points on his 62 defensive snaps. Isaiah Simmons is the biggest threat to Campbell going forward, and on Sunday, he only played 29% of snaps, two of which were bad plays for the defense; a 15-yard penalty and a bad tackling angle that set up a 49er’s touchdown. It’s likely Campbell saw all of the snaps due to experience, but there’s no possible way the Cardinals continue to leave first-round pick Isaiah Simmons, off the field every week with how talented he is. The Cardinals will play Washington this week, which allowed three sacks in their opening game. Arizona’s defense will likely be on the field for fewer snaps than they were a week ago.

One of the early season’s biggest surprises was a breakout game from Trey Flowers. In the season opener, Flowers finished with 23 fantasy points after registering a stat line of 6 tackles, one sack, and one forced fumble while playing 70.8% of snaps. Trey Flowers is one of the more underrated DL in IDP leagues, so the sit recommendation this week has more to do with the matchup than anything. Trey Flowers will match up with David Bakhtiari, who was named 2018 Pass Blocker of the Year by PFF and only allowed two sacks on over 1000+ snaps in 2019. In 2 games against Green Bay last year, Flowers only managed nine total fantasy points, so this week if you have other options this week, I would look to those. Don’t worry, Trey Flowers is in for a big season and will have much better matchups in the future so that you can have him back in your lineup again soon.

That’s a wrap for this week nerds! The combination of weekly finishes combined with data on snap counts and usage in their respective defenses should help us figure out the best plays for you weekly. If there’s any data left out that you would like incorporated into the weekly article, please feel free to reach out to me on twitter @Glosser13. Hopefully, everyone started their quest for another dynasty championship with a W last week, and if not, we will get it back this week. Good luck and enjoy the games this weekend.