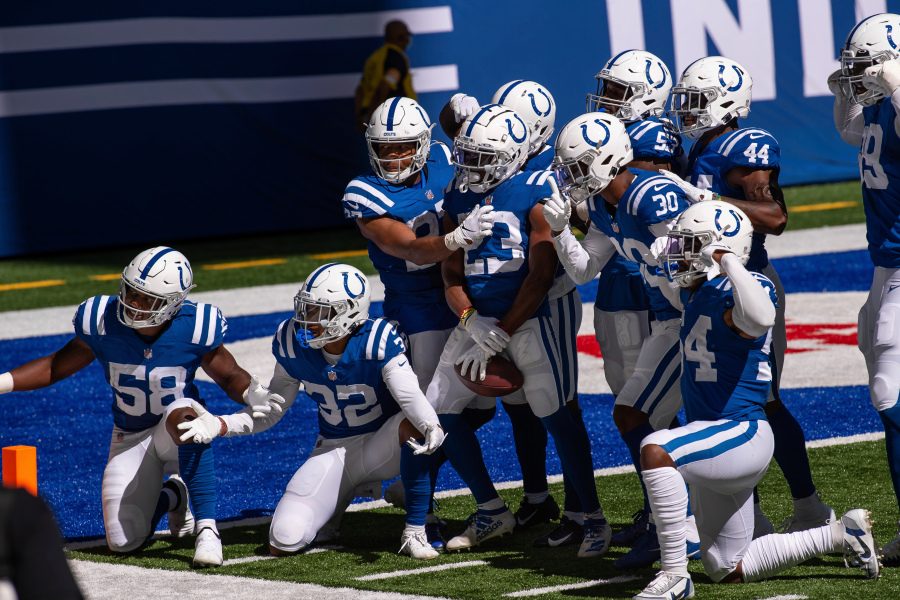 September is in the books. We are officially already in month two of the NFL season, and things should start to get a bit clearer. Snap counts and player roles will be easier to determine as the season goes on. I’m still very new to this as far as predicting players on the defensive end, but Week 4 was not one of my proudest moments.

Week four brought us doubts that certain games would even happen, and with that brought us one of the most head-scratching weeks. Everything from linebackers like Darius Leonard and Devin White barely producing to Joey Jewell turning in a 39-point week. I think it’s fair to move on to Week 5, but we have to hold me accountable for a bad week, so here it is.

I don’t want to spend much time on this. We all have rough weeks and last week was my turn. The return of Nick Kwiatkoski buried Nicholas Morrow, and he didn’t see enough snaps, something I didn’t see coming after his stellar play through the first three weeks. Demarcus Lawrence was right on the cut line of eight fantasy points total with only three tackles, and Goodson and Rhodes both finished with twelve fantasy points each; those aren’t going to win you your weekly matchups. Let’s jump into Week 5!

The idea of J.J. Watt not being every week starter in IDP leagues seems crazy, yet here we are. Through four games this season, the Houston Texans have been bad defensively. Houston is one of nine NFL defenses allowing 30+ points per game through the first month of the season. J.J. Watt has battled injuries over the past few years, only playing 16 games once since 2016. In 2018 J.J. Watt averaged a sack a game but since then has managed only six sacks in his last two seasons while again battling injuries.

The consistency has been the struggle this year. Even though he has two sacks through four games, they came in one game. The Texans week 2 matchup with the Baltimore Ravens was Watt’ only week over 10 fantasy points. He finished with 26 points. The former NFL Defensive Player of the Year has totaled 10 total fantasy points in his last two contests. Luckily for dynasty managers, J.J. Watt will play the Jaguars offensive line this week, who have already given up 13 sacks this season. A coaching change in Houston could wake up the Texans defense, and I expect Watt to lead the charge.

Anthony Walker has been very solid this year. Outside of an abysmal Week 2 performance against the Vikings, a game in which he only totaled one tackle on 30 snaps. Playing alongside Darius Leonard, it’s not easy to put up big fantasy numbers. In case I need to remind you, Leonard is the fastest player ever to record 300 tackles in an NFL career. Anthony Walker is a very underrated IDP. He showed that at the end of the 2019 season, three straight games of 15 or more fantasy points with over 10 tackles in every game.

The Colts linebackers took a beating last week with Leonard playing a season-low 45% of defensive snaps due to a groin issue. Entering week 5, both Darius Leonard and Bobby Okereke are nursing injuries. This certainly could be a reason to see an increase in Walker’s snaps, who is playing just 67% on the season.

The Colts have a big matchup this week with the Cleveland Browns, who were able to rush for 307 yards last week. The Colts defense only allows 77 yards per game on average on the ground, mainly because of their strengths at the LB position. Anthony Walker should be in for another big week following his 11 tackles against the Bears in Week 4. This would be three straight contests for Walker with 10 fantasy points or more.

As someone who watches the Carolina Panthers play often, it brings me joy to include Tre Boston in the start column this week. Tre Boston has been extremely consistent at producing fantasy points over the past four seasons. Since 2016 Boston has at least 150+ fantasy points every season, including a 201-point season in 2018. The Panthers veteran safety has at least 8 points in every game this season. Even more impressive in 2019, Boston only failed to register 8 fantasy points or more in four of sixteen games. This was done while playing in the same defense as Luke Kuechly and Eric Reid, who finished top 12 at their respective positions.

The Panthers are set on playing rookie Jeremy Chinn at LB, leaving the secondary snaps to Boston and Juston Burris. Tre Boston has accounted for 99.6% of those snaps through the first four games. Tre Boston is 3rd on the Panthers in solo tackles. The Panthers secondary will get a plus matchup with the Atlanta Falcons, who in Week 4 allowed five different defensive backs to register four tackles or more.

I know how easy it is to get wrapped up in rookie breakouts, especially in dynasty leagues, but this week I would use caution with YGM. Gross-Matos had a huge week collecting his first NFL sack and a forced fumble to score 15 fantasy points. In the three weeks prior, he played only 42 snaps combined with just three tackles total.

The Carolina Panthers currently have seven defensive linemen who play a higher percentage of snaps than Gross-Matos’ 23.6%. The matchup is tempting because the Falcons have allowed 9 sacks over the first four games. However, the efficiency on so few snaps played is unlikely to remain the same. I’m taking the wait and see approach on YGM for now and letting Brian Burns be the only Panthers DL I’m starting with confidence every week.

My success rate picking against starting linebackers has been poor at best. Josh Bynes has been a great waiver wire find for many teams who have needed LB help this season. My concern with him is the snap shares going down consistently over the past three weeks. In Week 2, Josh Bynes played 86% of snaps, Week 3 down to 73%, and last week 69%. This may be nothing, but I feel this trend could be the Bengals going in the youth direction at LB.

The Bengals did spend third-round picks in each of the last two drafts on an LB. The Bengals 4th round pick Akeem Davis-Gaither’ snaps have increased as Bynes has gone down, something to keep an eye on going forward. Josh Bynes had his worst game of the season in terms of fantasy scoring registering just 5 points in week four. This could just be a bad game, but between his lack of production and snap percentage decreasing, he’s a sit for me this week.

The difficulty involved in determining a player to sit each week is not easy. There hasn’t been a hotter DB in fantasy scoring than Mike Hilton, and he currently sits as the DB1 overall in only three games played. Mike Hilton has two sacks, one fumble recovery, and one interception in only 138 defensive snaps in 2020.

Mike Hilton is averaging over 20 fantasy points per game despite being 5th on the Steelers in snaps played for defensive backs. In most cases, you would ride the hot hand. At a pace like this, though, it would appear a big letdown game is coming. I’m gambling on it being this week against the Philadelphia Eagles.

That’s it for this week Nerds! I hope we can move past a very tough week four and get the hit rate back up on some of these IDP calls. There are no excuses. It was a big letdown in Week 4, but those happen in fantasy football. Our goal together is just not to repeat them or have them too often. I hope you guys are enjoying this series and continue to keep checking in every week. As always, feel free to reach out on Twitter. Let’s rebound this week and continue our quest for another dynasty championship.