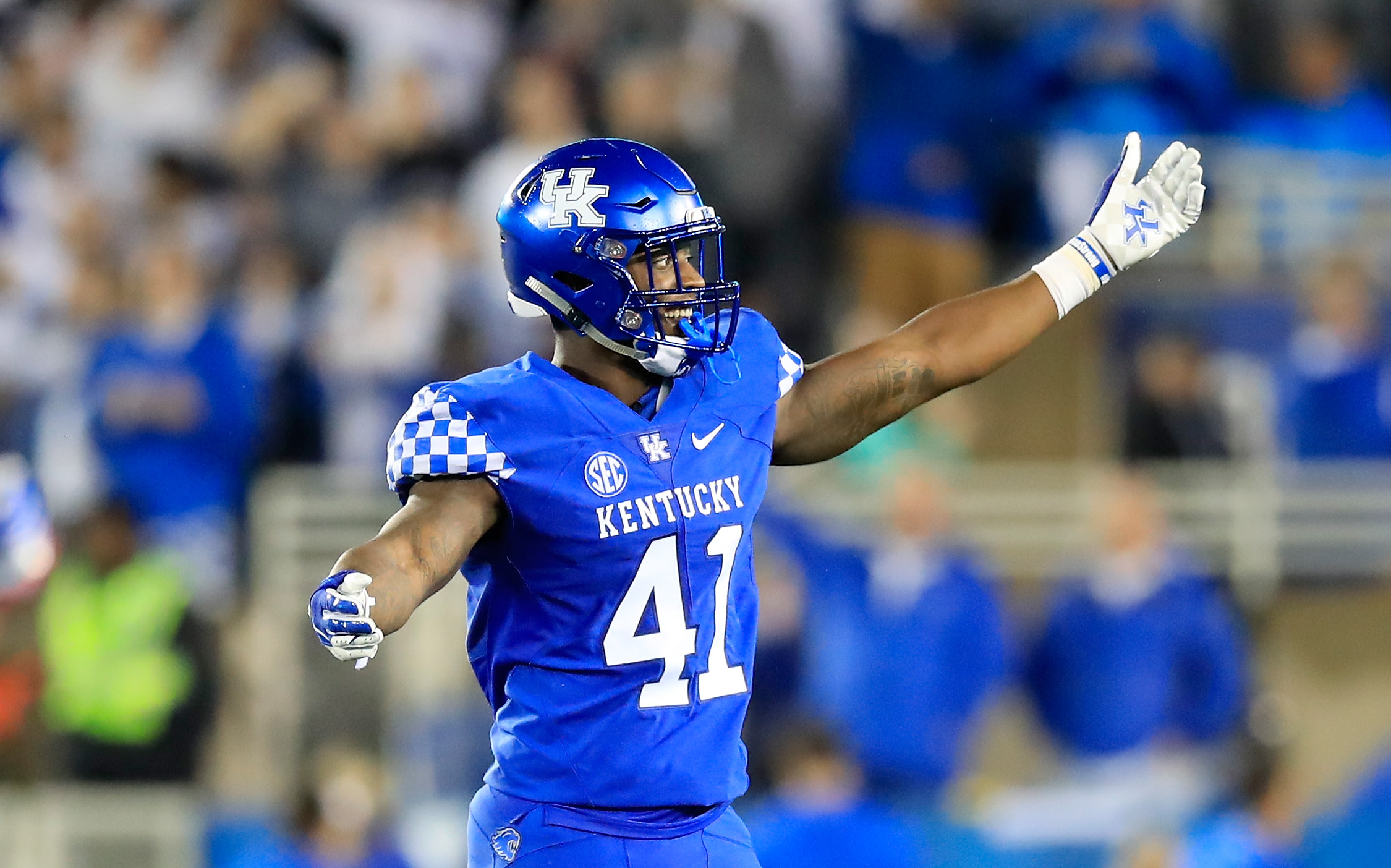 Time and time again we have heard in the dynasty community about how this class is weak. Trade out. Trade these picks for players. Well, I disagree. This class can be solid if you play IDP (Individual Defensive Player). Now I am not saying take a defensive player at 1.01, but if you have a good offensive roster and need help on the other side of the ball, this class can be for you. So trade back in the first or into the second as we take a look at 3 players that can help shore up your team!

Allen is by far and away my favorite of the three players I will be looking at. Great size, speed, and relentless pursuit means he spends almost as much time in the opponent’s backfield as the other team’s quarterback. He is extremely versatile as well, at times lining up at defensive tackle and linebacker. Generally he commands double teams, which he can beat regularly, but if not he takes on the blocks and frees up his team mates to make a play. Spending most of his time as a stand-up defensive end, Allen can get low under tackles and bull rush them out of the way to get to the quarterback. I would have loved to see more focus in the run game and in coverage, as at times he can tend to be slightly lazy when a play does not come his way. In the NFL, he looks to me like a pure defensive end/pass rusher, somewhat in the mold of a Von Miller.

Statistically, Allen racked up 31.5 sacks over his 4 year career, collecting 17 in his senior season which also saw him win the Nagurski, Bednarik, Ronnie Lott Trophy, SEC Defensive Player of the Year, and was a Consensus All-American. That is a ton of hardware for 1 person.

Allen is my favorite purely because of upside. I know I said he can be lazy at times, but given the right situation and defensive coaching staff he can be a force to be reckoned with. You can watch some Josh Allen highlights here

He doesn’t have the stats or hardware that Kentucky’s Josh Allen does, but he never takes a play off and is completely relentless in his pursuit of the ball carrier. He can easily out maneuver or shove aside offensive tackles, and is much focused when asked to drop into coverage. One thing that sticks out to me is, time and time again when you see a defensive lineman blast into the backfield, they get juked out by the Quarterback at the last second and miss an opportunity. Not Montez. With his blazing fast speed (4.41 40 yard dash at the combine), he is at times too fast for Quarterbacks to get away. His speed at times often is too much for offensive tackles, as he just runs around them (watch Reggie White’s first game in the NFL; same thing happened). Admittedly, I am not a Mississippi State fan, so while watching film on him I noticed that he disappeared for long stretches at a time. Perhaps the defensive coordinator was keeping him fresh? Either way, the Michigan State transfer can be a vital part of a team’s edge rush and run defense and should be a top 10 pick in the NFL draft.

You can watch some Montez Sweat highlights here

Hailed by some as the “Better Bosa”, what he is not is the best of the three players I have talked about in this article. And no, I am not biased because I am a Penn State fan, I am factoring this based on availability and production. He is the slowest on this list at the combine (Bosa 4.79, Allen 4.63 and Sweat 4.41 40 yard dash times at the combine), and the least productive, collecting only 17.5 sacks over 3 seasons. That being said, as he has been called the “Better Bosa”, let’s compare him to his brother Joey:

What worries me is Nick leaving school early to focus on the draft. I know, the Bilateral Core Muscle Injury required surgery, but couldn’t he have stayed in school and supported his team mates? Same with Joey, as he held out of training camp in his Rookie year for a better deal. That begs the question: Are the Bosas selfish?

Putting selfishness and injuries aside, Nick is an outstanding pass rusher who has a great initial burst and can beat double teams or get low under tackles. He is very aware of where the ball is located at all times, often sniffing out fumbles. I also saw him line up at both defensive end spots and at defensive tackle, and noted that he is very willing to take on blockers so his team mates can make a play.

You can watch some Nick Bosa highlights here

Depending on when your Rookie draft takes place and if you play IDP, any of these players look as if they can make an immediate impact on your fantasy team!

*All height, weight and combine times are NFL Scouting Combine Official. Statistics courtesy of www.sports-reference.com Questions? Comments? Tell me how amazing I am on Twitter