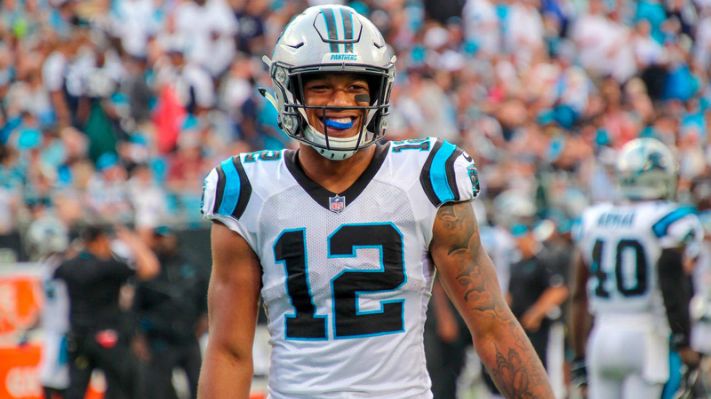 It’s no secret that young, productive wide receivers are valuable commodities in dynasty. As a result, they’re extremely difficult to obtain through trade, unless the person attempting to acquire them is willing to pay a hefty price. Dynasty owners look at stellar rookie receivers and all they can envision are the years of elite stats these WRs will soon provide, but what are the odds these players will actually continue improving after their first year in the NFL?

Unfortunately, predicting hit rates is no easy task. Everyone, including myself, has been burned in the past by impressive first-year players that went on to fizzle out of the league (I’m looking at you, Dorial Green-Beckham). It’s discouraging to invest significant capital to secure one of these assets in dynasty just to end up cutting them from your roster two years down the road, but that’s just the luck of the draw sometimes (yes DGB, still looking at you). So after years of guesswork, I figured that there must be an easier way of determining which productive rookie receivers would eventually become reliable options for fantasy owners down the road. I needed answers, so I hit the books. You may ask, did I find anything of significance in my research?

You better believe I did.

For this study, I took an in-depth look at every receiver from 2011-2015 (a five-year sample) who topped 500 yards in their rookie season. Within this time frame, I found that 38 WRs achieved this impressive feat. I then decided to break these 38 receivers down, examining which ones went on to produce at least one 1,000 yard season within the three years following their rookie campaign. Coincidentally, these 38 players split perfectly in half: 19 went on to accomplish this 1,000 yard feat (I’ll refer to this bunch as Group A), while 19 did not (Group B). From this sample size, it’s apparent that roughly 50% of productive rookie receivers don’t take significant leaps forward in the three years following their first season, usually becoming either roster cloggers or complete busts. Imagine spending significant capital to secure a promising rookie WR on your roster, just to be told that he only has a 50% chance of becoming a reliable asset in the future!

In the following paragraphs, I’ll be examining the four most common quantifiable traits that are used to value receivers entering the NFL: draft capital, college production, age when drafted, and athleticism. I ran these numbers for Group A and Group B, all in an attempt to determine which of these four categories are significant (or insignificant) when determining if a receiver will sustain their rookie year success. Let’s get started and dive into category number one.

The average draft position of the Group A receivers was 2.16, which equates to a mid-2nd round pick in the NFL draft. Early day-two draft capital is a significant investment, so it makes perfect sense as to why these players show signs of sustained success at the NFL level. On the other hand, Group B WRs were not as highly sought-after in terms of draft capital. These receivers struggled to find prolonged NFL success, and that was partially due to their 4.07 average draft position.

If we’re looking for our first factor in determining if a productive rookie wide receiver will continue to improve within their first few years in the league, this is it. You may read this and think, “Well yeah, of course receivers with the higher draft capital tend to perform better in the NFL.” But let’s apply this to our dynasty rosters.

Hypothetically, let’s say I have Robert Foster on my dynasty team, and I have the opportunity to add a 2nd round rookie pick on top of him to acquire Christian Kirk (they both reached 500 yards receiving in their rookie year, so they meet the criteria of my study). I could analyze these players and see that Kirk only outscored Foster by less than one fantasy point per game in haf-point PPR leagues during their rookie campaigns. As a result, this trade is unappealing at first glance. But if I take a deeper look, I’d realize that the difference in draft capital is drastic. Kirk was selected at the 2.15 spot in the NFL draft, while Foster went undrafted, meaning that Kirk has significantly likelier odds to reach 1,000 yards receiving within his next three seasons, purely based on the aforementioned draft capital criteria. With this knowledge at my disposal, I’d be more than happy to trade Foster plus a 2nd-round rookie pick for Kirk, despite what the surface-level stats say.

While this category isn’t the only one of significance when projecting future NFL success for young WRs, it proved to be the most important due to the monumental discrepancies in draft capital between the Group A and Group B receivers.

It’s difficult to compare one receiver’s raw college stats to another’s, simply because certain offenses are more pass-happy than others. As a result, I decided to split this “college production” tab into two different categories: college dominator rating and breakout age. These aren’t universally known terms, so I’ll begin by providing definitions (courtesy of playerprofiler.com).

College Dominator Rating – This metric represents a player’s “market share,” or his percentage of his team’s total offensive production.

Breakout Age – For wide receivers, this metric is defined by their age at the midpoint of the college football season when they first post a dominator rating at or above 20%.

Beginning with dominator rating, my research showed a 73rd percentile average for the Group A receivers. On the other hand, Group B yielded an average dominator rating in the 55th percentile. Data can often be difficult to comprehend, but these numbers are not: If Receiver A was more productive in college than Receiver B, then Receiver A is more likely to succeed at the NFL level.

(Side note: All the above information can be found at playerprofiler.com).

Corey Davis (pictured above) placed in the 96th percentile in both college dominator rating and breakout age at Western Michigan.

Here’s where these numbers get a bit more complicated. Receivers in Group A placed in the 81st percentile in terms of breakout age, while Group B’s average landed them in the 58th percentile. Clearly, college production is a vital factor when determining if a receiver will improve upon his impressive rookie campaign, but which of these two college metrics carry more weight? There’s a larger discrepancy between the breakout ages of the two groups than there is between the dominator ratings, proving that solid college production at a young age is more important for receivers than elite production towards the end of their college tenures.

It’s difficult to analyze the ages of receivers from different draft classes, so I decided to compare their ages on the day they were drafted. Analyzing Group A, I found that these 19 receivers were on average 21.67 years old when they were selected to an NFL team. The Group B receivers, on the other hand, were slightly older, coming in at an average age of 22.35 years old. I’m aware that this discrepancy is fairly minimal; however, it effectively supports my point regarding breakout age: If two receivers accomplish the same statistical feat, the one to do it at a younger age is more likely to produce at a higher level in the future.

It’s a tedious process to quantify every aspect of a player’s overall athleticism, so I decided to break this trait down into the two numeric figures that receive the most buzz from the fantasy community: 40-yard dash time and SPARQ score (an acronym for Speed, Power, Agility, Reaction, and Quickness). When examining the average 40-yard dash time for Group A receivers, I found that the average was 4.492 seconds. On the other hand, Group B averaged a time of 4.487 seconds. In addition, the average SPARQ score among Group A was in the 57th percentile, while Group B resided in the 59th percentile. As surprising as this may sound, the more athletic group of wide receivers actually turned out to be Group B! If this isn’t proof that combine results for wide receivers should be taken with a grain of salt, then I don’t know what is.

To sum everything up, predicting long term success for productive rookie WRs is not a game of chance. It’s obviously impossible to correctly project the future outlook of every NFL receiver, but with the previously mentioned data at your fingertips, it’s certainly easier to sift through these players in an attempt to find the one with the highest likelihood of sustained success. In order to fully apply this information, let’s take a look at my #1 buy in dynasty, DJ Moore, based on all the historical trends explained above. Moore checks every single box with flying colors, making him my top WR trade target in dynasty.

Fantasy owners would give themselves the maximum possible edge over their competition by using the data in this article as a tool to guide them through a startup and through trades, simply because these two instances usually require choosing one player over another. Based on the information found in my study, the most important trait to look for when attempting to predict long term success for productive rookie receivers is draft capital. Next comes college production (specifically breakout age), then the overall youth of the player on draft day, and finally we’re left with the relatively insignificant category of athleticism. These categories can obviously be further broken down (as I did throughout the article), but that specific order of trait significance should be the main takeaway from this piece. Be aware of historical trends, and don’t hesitate to refer back to this article in the future; this data will hold true for years to come. Happy trading!